Winning consistently across categories Wavemaker India and brand Vodafone earned the Media Agency of the Year and Media Client of the Year titles respectively at the 18th edition of the EMVIE Awards held in Mumbai on Friday.

The awards evening began with Wavemaker India snagging 20 bronze EMVIEs of which eight were for the work done with Vodafone India. The agency then went on to bag 12 gold and silver EMVIES over the course of the evening earning a total of 400 points. Vodafone India picked up seven gold and five silver EMVIES and had total points tally of 195. 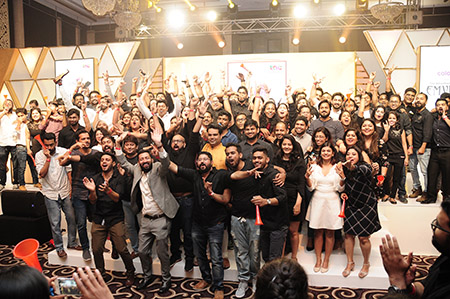 Commenting on the win, Kartik Sharma, CEO, Wavemaker – South Asia, said, “Winning Agency of the year and Client of the year at Emvies has always been a great feeling. It’s good when the industry appreciates your work and the work gets rewarded at such an esteemed platform. This feat wouldn’t have been possible without our clients’ belief in us. And lastly, this award is for the team and because of the fabulous team I have, who put up such a stellar show.” 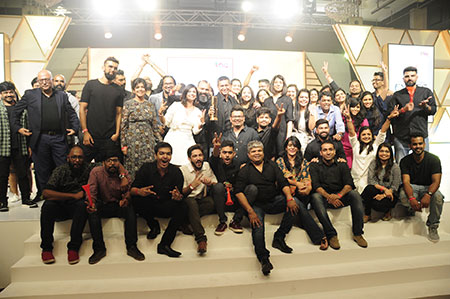 Siddharth Banerjee, EVP - Marketing, Vodafone India, was delighted about the win for three reasons in particular. “First, we have continued to serve and delight our customers in a hyper competitive market situation and our work has been acknowledged and awarded. Second, what makes this victory sweeter is that our media agency partner, Wavemaker India, has won the Agency of The Year title - so a double victory for our combined team.”
Banerjee further added, “And point three, Vodafone has won this award for the second year in a row, winning versus the best organisations and brands in India, so my team is immensely motivated about the quality of their work. Overall, a memorable victory,” he said. Vodafone India had tied for the Client of the Year title in 2017 with Star India.

Shekhar Banerjee, Managing Partner, Wavemaker India, noted that the “best thing about all the work that has won is that they have had great business results.” Speaking about the winning work with Vodafone he said, “The work on Vodafone is special because it brought the brand great lift in brand scores in a hyper competitive market when Vodafone was going through a transition from a telecom to a tech company. We are very proud that the campaigns have resulted in great ROI for the brand.”

Wavemaker India dethroned Mindshare India which won the Media Agency of the Year title three years in a row until 2017. Last year the gap between Mindshare and Wavemaker was of 30 points while this year Wavemaker’s work earned the agency a 95 point lead over Mindshare.

Speaking about the healthy competition between the two GroupM agencies Sam Singh, CEO South Asia, GroupM, said, “They are both magnificent agencies and have their own very strong DNAs and outstanding history and culture. They are both siblings and are doing very well. I am very proud of both of them.”

The Grand EMVIE this year went to Lodestar UM for Times of India’s #NoConditionsApply Sindoor Khela campaign. Nandini Dias, CEO, Lodestar UM India, said on the win, “The Times of India Sindoor Khela work has won across many award functions including at Cannes. So I am not surprised that it won the Grand Emvie. I am also really proud of the work for Samsung - Samsung NDTV Camera Partnership. It won three golds. It also won a Gold in Spikes.”

This year The Advertising Club received a total of 996 entries and 31 agencies participated in the competition. A total of 21 Gold, 36 Silver and 54 Bronze EMVIES were awarded to deserving entries.

Future-proofing brands: One day to go for Pitch CMO Summit
5 hours ago 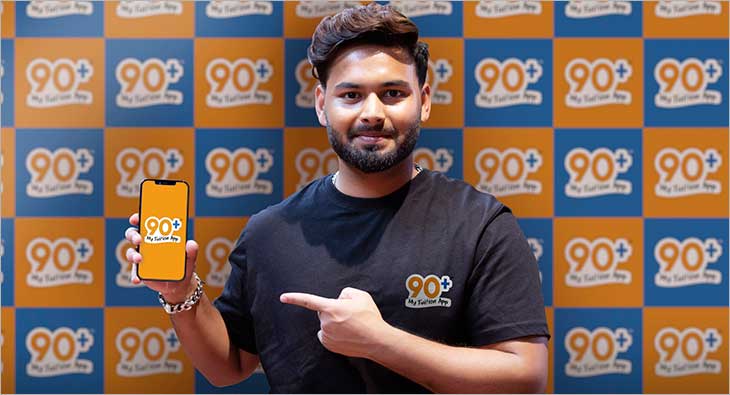 marketing Future-proofing brands: One day to go for Pitch CMO Summit
5 hours ago

marketing Amit Tiwari moves on from Havells
14 hours ago