The pH battle continues: Will a rebuttal by HUL go in Sebamed’s favour?

The battle of the soaps has created quite a buzz and the spat is only getting frothier with every passing day. Hindustan Unilever, in a counterattack on rival Sebamed, surprised everyone by announcing a marketing campaign on behalf of the entire soaps industry to clarify that pH (alkaline or acidic value) should not be a parameter in judging soaps for efficacy or mildness. Interestingly, the German skincare brand refused to budge from its strategy of comparing its cleansing bar with that of Hindustan Unilever’s Dove and other bathing bars. In fact, it aired another new ad campaign along much the same lines. That said, will a rebuttal by a legacy brand like HUL go in Sebamed’s gain?

Samit Sinha, Managing Partner, Alchemist Brand Consulting doesn’t think that it is a great idea for HUL to do a campaign rebutting Sebamed’s claim on pH balance or any other issue, whether on its own or on behalf of the industry. According to him, the strategy being followed by HUL is more suited for a challenger rather than a leader.

“In fact, I would think that given its stature as an industry and category leader, it would be best for HUL to ignore the whole storm-in-a-teacup issue altogether and let it blow over naturally, rather than giving it fresh impetus, which could end up unnecessarily extending its life beyond what it would have without the intervention,” says Sinha.

An HUL spokesperson shared with exchange4media that the ‘pH nahin, CS ki suno’ campaign will speak about all that goes into a good soap, and how judging by just one parameter, can be misleading for consumers. “We’ve brought this alive for Indian consumers using age-old ingredients used by them directly on skin, let alone as product ingredients. The biggest one, of course, is water, known to be the mildest ingredient with a pH of 7. So if we went by just the parameter of pH, we’d struggle to even have a bath. Soap is made up of oils, glycerin, and other skin-beneficial ingredients. A good soap takes into consideration how to balance these ingredients to act in combination, and not pH alone. We’ve always spoken of the benefits of soap to consumers. In fact, we spoke about using any soap during the Covid pandemic. The pandemic hasn’t ended – so the campaign is also to reassure consumers about the safety and utility of soaps in these times. The campaign takes the form of a video demystifying apprehensions of consumers, who have been exposed to a recent marketing campaign calling out pH as a key determinant for the efficacy of soap. The campaign urges consumers to use their common sense and not get misled as there is no perfect pH for your skin,” the spokesperson said.

Harish Bijoor, Brand Guru & Founder, Harish Bijoor Consults Inc observes that HUL rebutting with a 'Common Sense versus Common Science' campaign will only give the debate stronger legs to run longer. “HUL should ideally ignore the pH fracas attempted to be created in the minds of consumers. The high decibel, but limited exposure tenure of the Sebamed campaign will be forgotten soon,” he asserts.

According to Jigar Fernandes, founder, tiqui-taka too feels that the best thing for HUL would be to gracefully raise their bats and do a well left on this. “Because I feel as far as market share is concerned, it's not going to make any dent on the whale that is HUL. What am I going to do? Go to a shop and ask for a soap with a pH value of less than 6 for under Rs 30? On the idea itself, it reminds me of a page from 'The Art of War' - advice to a smaller army how to flank a bigger one. They've done it smartly on the basis of a technicality - the prevalent untouched perception around pH value that has been around for a while. Because Google tells me the ph value of water itself is around 7. So there isn't really an issue. But when you put it in comparison with 'rougher' soaps, it becomes talk worthy because everyone gets worried about the injustice they've been doing to their skin all along,” contends Fernandes.

For the unversed, Sebamed had released an ad which sees women lounging around in a bathing area setting in luxurious clothes (often seen in beauty soap ads).

In the spot, they explain that beauty soaps such as Lux, Pears, and Santoor have the same pH levels as dishwashing soap bar Rin. They place a strip of litmus paper on all the soaps in question to illustrate their point.The campaign is titled Filmstars kee nahi, science kee suno - a clear reference to Lux soap which has always been known as the 'filmstars soap' in the past.

Jagdish Acharya, Founder-Creative Head, Cut The Crap opines that the one who challenges a celebrity gains notoriety but not credibility. “Sebamed is unlikely to win over consumer confidence by taking what’s a shortcut to fame. As the case drags on it will be of interest to media and category experts. Consumers are most likely to continue taking a shower just the way he or she has,” he remarks.

As for HUL, it had responded with a newspaper advertisement of its own, which claimed dermatologists trusted Dove. The brand’s response to its competitor said, “Our brands are best-in-class & deliver fully on the promises...backed by strong tech, science, clinical evidence & decades of expert and consumer-backed testing, enjoying strong brand loyalty. We will take suitable action as we deem fit.” 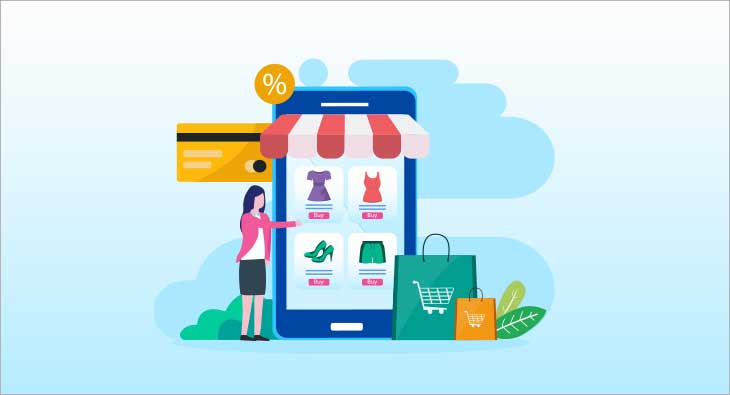 marketing It is a beta-world, keep learning and doing more: Sudhanshu Vats
20 hours ago