The One Show Announces 2017 Winners; Best of Show honour for The Refugee Nation

The One Club for Creativity has announced the winners for the 44th Annual One Show Awards in cross-platform, film, intellectual property, interactive, mobile, radio, social influencer marketing, social media, and UX/UI. Hosted by Jessica Williams, former Daily Show correspondent, The One Show awarded Best of Show to “The Refugee Nation” for Amnesty International by Ogilvy/New York.

“In a year rife with political discord and social upheaval all around the world, ‘The Refugee Nation’ is a prime example of how our industry can both reflect and influence our culture,” said Kevin Swanepoel, CEO of The One Club for Creativity.  “Evocative in its design and versatile in its application, ‘The Refugee Nation’ won Best of Design and Best of Cross-Platform before going on to win Best of Show.”

There were 243 Pencils awarded – 70 Gold, 75 Silver and 98 Bronze – to winners from 23 countries. Overall, there were 21,844 entries from 73 countries. Eight Best of Discipline winners were announced, as well as the following special award winners:

Agency of the Year: McCann/New York

“We’re incredibly humbled with the One Show Agency of the Year honor, and delighted that all of our major regional offices were recognized in the awards show” – Rob Reilly, Global Creative Chairman of McCann Worldgroup.

Network of the Year: Ogilvy & Mather

“I want to thank our people at Ogilvy and our clients for this recognition across disciplines and borders. Their continued dedication to Pervasive Creativity, their talent and courage continue to make the difference” – Tham Khai Meng, Ogilvy & Mather Co-Chairman and Worldwide Chief Creative Officer

Independent Agency of the Year: Droga5

“We are obviously thrilled, and the fact that we earned this honor with winning work from nine different clients makes it all that much more special” – David Droga, Creative Chairman and Founder, Droga5.

“We are incredibly proud to win the inaugural Independent Agency of the Year award. Great people in our agency working with great clients. Nothing beats that” – Ted Royer, Chief Creative Officer, Droga5

Client of the Year: Lockheed Martin

Holding Company of the Year: Omnicom

“The One Show represents the best that the advertising world has to offer and we are deeply honored. This award is a testament to having the best talent in our business who consistently set the benchmark against which the entire industry is judged. I want to congratulate and thank everyone who contributed to this success” – John Wren, President and CEO, Omnicom Group

“Nike and W+K have a great history of inspiring athletes around the world to push the limits of their human potential. As the communications world has gotten more complex, we still focus on that simple thought and push ourselves to express it in new, interesting ways every time. If you love sports and creativity, there is no better client (than Nike) that you can dream of” – Alberto Ponte, Global Creative Director on Nike, Wieden+Kennedy

“Nike and W&K’s creative partnership has resulted in some of the most iconic and memorable campaigns that celebrate the power of sport and inspire athletes around the world to push their limits to be their best. And just like athletes challenge themselves, we challenge each other to deliver the very best work to create deep and lasting relationships with our consumers,” said Enrico Balleri, VP Nike Brand Communications.

These were the top-ranked countries:

The following were awarded Best of Discipline:

Cross-platform: “The Refugee Nation” for Amnesty International by Ogilvy/New York.

In new campaign, McDonald’s celebrates its 25th anniversary in North and East India
50 minutes ago

In new campaign, McDonald’s celebrates its 25th anniversary in North and East India
50 minutes ago 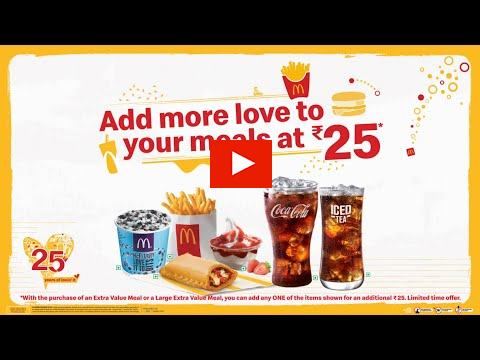 marketing In new campaign, McDonald’s celebrates its 25th anniversary in North and East India
50 minutes ago