The first all-woman rural BPO in the world

“Most entrepreneurs are asked what and how they are doing things. The relevant question to ask is why they are doing it?,” says Ajay Chaturvedi, Founder & Chairman, HarVa, at Goafest 2014; an entrepreneur himself who made the jump from the corporate world to open the first all-woman rural BPO in the world. While looking at the rural and farming sector, his research showed that 80 per cent of the world market is looked at as a consumer market while only 20 per cent is seen as a producer’s market and a major part of this world has no access to electricity.

Sensing an opportunity in the rural areas, he discovered that people here preferred working to tilling their land. Absence of a proper supply chain and the promise of a fixed income meant people looking at employment even though the remunerative potential from their land might have been higher. While involving farmers to use their farm land Chaturvedi said, “The downside is that you don’t make money until you have scale and you don’t have scale until you have capital.” With limited land available per person the idea of community farming took root and HarVa was born to create value.

HarVa also did presentations on the feasibility of BPOs in rural areas which caught the attention of rural women and looked at leveraging the potential of these women to do work they do not necessarily understand. HarVa trained women across villages in Haryana and Rajasthan and then launched the first all-woman rural BPO in the world. In this journey, Chaurvedi said he never spoke about women empowerment which he believes to be “a western commoditization.” Instead he looked at creating value by tapping into the human resource present in the rural areas and without disturbing the ecosystem present in the villages and making them producers. “What we end up doing is setting up a digital hub in the villages but until we have access there, the challenge remains in getting the information there.”Chaturvedi said that the only way to bring up and grow the village from grassroot level, the best way to do that is by making them technology savvy without changing the ecosystem and basic nature of the village.

Chaturvedi also cleared misconceptions about cultural barriers saying that talking about economical empowerment overcomes all barriers, perceived or otherwise. The HarVa Digital Hub is a 2,000 sq ft space with internet connectivity, electricity is initially sourced with the help of diesel generators followed by bio-gas energy generators. The Digital Hub attracts crowds consisting of students and farmers where students are provided information and counseled on possible opportunities while the farming helpdesks provides farmers inputs on increasing productivity and diversifying crops. However, lack of infrastructure remains a big challenge – electricity and internet connectivity. Chaturvedi said, “We started an experiment to make biogas, which is gobar gas, and found that 50 cattle worth of bio-mass can create enough electricity for 45 computers. But, when we scale that up from  50 to 1,000, it creates enough for 1,500 and we keep scaling it up till it is sustainable”.  He added that technology is not about what you do but how it is implemented, finally summing up by saying “We need to train rural people and create ecosystems to keep them there. This will help reduce rural-urban migration.”

Communications in 2021: An amalgamation of Art and Science where data leads creativity
14 minutes ago

Rajneel Kumar quits Zee5 after a 2.5-year stint
4 hours ago 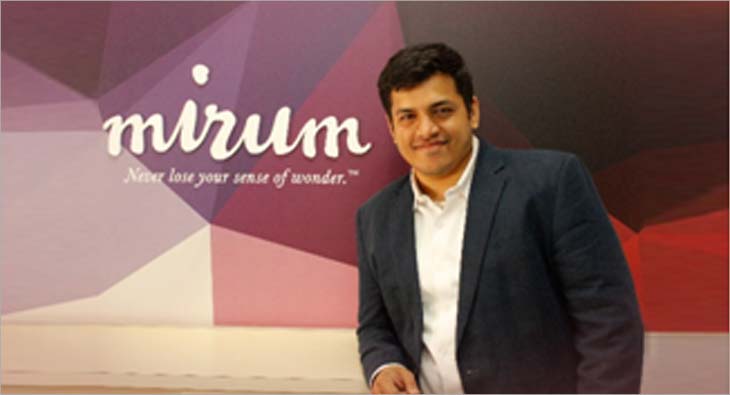