As online gaming in India continues to grow, experts tell us how it helps build consumer engagement with brands

The online gaming industry in India is growing at a rapid pace. Reportedly, the sector is expected to reach a figure of Rs 11,900 crore by FY 2022-23.

According to experts, about 500 million people in India play video games daily. While games like PUBG and Call of Duty are popular among the action-loving youngsters, online Rummy and Poker get much more attention from the people above 35. Millions of people across the country play online games for various reasons. While earlier gaming used to be seen as a source to get rid of boredom, now people are adopting it as a career too.

The same report revealed that the penetration of smartphones is the biggest source of revenue in online gaming. Mobile phones accounted for 85 per cent of online gaming revenue in FY 2016-17. While games such as Rummy and Poker offer a lot of ways of earning, action games like PUBG and Call of Duty are also arranging tournaments sponsored by brands. Additionally, this gaming industry has also leveraged YouTubers who work in the gaming niche, to join hands with small teams and stream their games online to make money out of it. Interestingly gaming companies are also growing rapidly in India.

In a conversation with exchange4media, Ashish Bhakuni, Head of Marketing, Adda52Rummy revealed that their user base is has grown by 100% in the last 5 years and top-line by 25% month-on-month. While the gaming industry and its target audience are based on digital platforms, the leading players also invest in offline marketing too.

Bhakuni believes that when implemented together, offline and online marketing techniques can support and amplify one another, creating a unified strategy. While the digital medium has been helping the Rummy fraternity reach out to online gaming lovers, content-driven platforms work best for the industry.

“Incorporating offline data in a marketing campaign can strengthen online marketing ROI through deeper insights into your organization’s customers and their behaviours in the real world,” he explained.

Talking about the key marketing channels, Bhakuni revealed that they use Facebook extensively and a majority of their audience is male above the age of 25. He also said that 7% to 8% of their gross revenue goes to marketing and 50% to 70% of that marketing budget is usually dedicated to digital marketing.

But will the industry be able to afford that kind of investment in advertising?

Ankush Gera, Founder and CEO, Junglee Games says yes, the industry is worth it and is all set to witness an even more massive growth soon. Being an early player in the gaming industry, Junglee Games is growing sustainably. With a 100% year-on-year growth, the online gaming company has now reached to a 15 million user base.

Talking about the significant marketing channels for Junglee Games, Gera revealed that they invest hugely in social media marketing, Facebook marketing to be specific, and influencer marketing too. Gera said that Indians are big fans of gaming. "India's online gaming industry, which was worth $29 million in 2016, will reach $1 billion by 2021 and will add 19 million gamers. The increasing penetration of low-cost smartphones in rural and urban areas is particularly contributing to the growth of the gaming industry. Earnings from this industry are assessed through in-app purchases, pay-per-download, subscription service and in-app advertising," Gera said.

Jagdeep Kapoor, Founder Chairman and Managing Director, Samsika Marketing Consultants believes that the gaming industry is growing at tremendous speed because of the various benefits it offers. From helping you relax to be used as an interesting tool of education, it helps builds consumer engagement with brands.

The gaming industry also opens great job opportunities to developers as well as players, he believes. "There is a great demand for gaming professionals all over the world, resulting in huge employment opportunities for young aspirants within India. Job opportunities will continue to grow as an outsourcing hub for international gaming companies in India," elucidated Kapoor.

Has ‘no measurement’ become the new normal for media industry?
5 hours ago 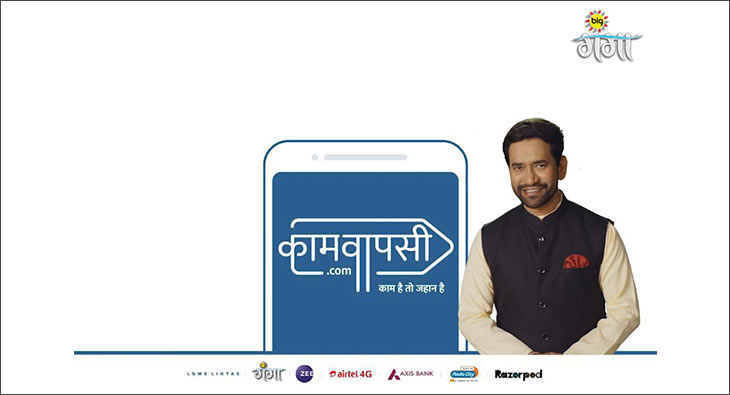