Law & Kenneth Saatchi & Saatchi has conceived and launched a social movement crowd source funding for providing girls from rural India reusable, hygienic sanitary napkins. According to data shared by the team that is behind the campaign, over 350 million girls in India (nearly 80% of the country) miss 5 days of school every month just because of their period. The team also found that 1 in every 5 girls in India is forced to drop out of school because she misses 5 days of school every month.

The #GiveHer5 campaign is attempting to give her 5 of ‘those’ days back, so she never misses out on school again. The campaign was initiated by Ashok Kurien and the Ammada Trust to crowd source funds to give girls Saafkins – a reusable, 12-hour menstrual protection.

Speaking about the creative brief for the campaign, Delna Sethna, Chief Creative Officer, Law & Kenneth Saatchi & Saatchi, said, “The brief was the entire CSR campaign and the film evolved as the campaign evolved. We needed to create a campaign that will be a call to action for crowd funding sanitary napkins for rural girls. The idea was to reach out to young women who can fund the sanitary needs of rural girls who drop out of school because of lack of proper sanitation.” On the campaign website, http://www.giveher5.org/, the girls who are donating the napkins are featured, also making this initiative a celebration of the support girls are lending to girls.

Commenting on the launch, Ashok Kurien, Founder and Executive Trustee – The Ammada Trust, said, “80% of Indian women cannot afford sanitary napkins – so they use unhygienic cloth. And 20% of girls drop out, or miss 5 days of school every month. The Saafkins were invented to put these millions of underprivileged girls back in school and help them complete their education. A unique world-class technology product for just Rs 12 a month! We owe this to our girls!”

The digital campaign was launched on March 5. Over the next two weeks, two more films (one on the unfulfilled dreams of adult women who dropped out of school and another on the little joys that school girls miss out on because of their periods) will be shared on various digital channels. The Zee Network has volunteered to run the films on their channels targeting urban youth and women. For now, the campaign will be run for three months and the team also has plans to take the campaign international.

Slice is Principal Sponsor for Mumbai Indians
19 hours ago 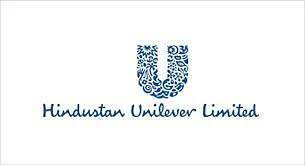 marketing Slice is Principal Sponsor for Mumbai Indians
19 hours ago

marketing WinZO names CarryMinati as its brand ambassador
1 day ago