Through campaign and video, the brand aims to celebrate women’s individuality, dreams and strengths this International Women’s Day

This Women’s Day, Candere by Kalyan Jewellers has launched a campaign breaking walls for women to retain their identity as an individual. Titled ‘#EkZindagiKhudKeNaam’ which roughly translates to ‘a life dedicated to your own self’, this campaign celebrates women and their passion, dreams, strength, and most importantly—their individuality, or ‘womanity’.

Named ‘Celebrating Womanity - #EkZindagiKhudKeNaam’, the video revolves around the lives of seven such women, who are constantly being asked questions that next to every woman has faced at one point or the other throughout her life. The general perception of the society towards women has been talked about in the video, from how women dress up for men and have finding love as their ultimate dream to how they nurture talents only to impress others, and change paths for a certain someone no matter how far they have treaded.

The video points at notions that normalise sacrifices made by women as a necessary part of their identity. Addressing them all, the voiceover poses a rhetoric, questioning why we as a society believe that a woman is born only to fulfill the needs of and sacrifice her dreams for others.
With an empowering ending note of “Kabhi kabhi mere dil me khayaal aata hai, ki jaise tujhko banaaya gaya hai sirf tere aur tere liye”, Candere quashes all those notions, acknowledging that women were born as equal and have an identity of their own, beyond the conventional roles. The video asserts that a woman deserves being appreciated, respected, and celebrated for herself, her work, her passion, her strength, and her talent, and not just by what her impression is before others, or how many sacrifices she has made.

Sharing the purpose behind this campaign, Rupesh Jain, Founder and CEO of Candere, said: “Since ages, women have been conditioned such that their lives revolve around others—looking for them, tending to their needs, or making sacrifices on a daily basis. With #EkZindagiKhudKeNaam, we at Candere aim to stir the society’s conscience pertaining women, dissociating her identity from her roles serving others and connecting her back to her individual self. Being a woman-centric brand, we hope to encourage the society to respect and express their gratitude towards women in their lives through this campaign, celebrating them for who they are. Most importantly, we aim to support and remind women that it is high time they put themselves first and embrace their womanity.”

Candere believes that while a real consciousness regarding women and their identity is yet to dawn upon the society, the change has already begun. Through this highly impactful campaign, the brand strives to fuel the change in society’s perception of women further, thereby celebrating their ‘womanity’ this Women’s Day.

Pitch CMO Summit 2021: How to 'future-proof' brands in uncertain times
55 minutes ago

Pitch CMO Summit 2021: How to 'future-proof' brands in uncertain times
55 minutes ago

Community Marketing in Facebook Groups - A Complete Guide
1 hour ago 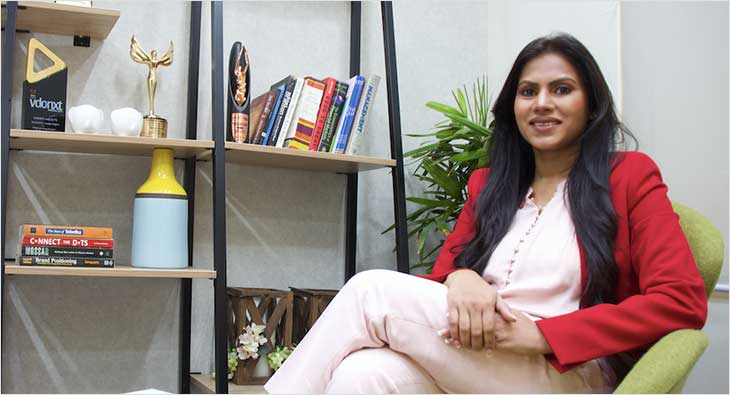 marketing Pitch CMO Summit 2021: How to 'future-proof' brands in uncertain times
55 minutes ago

marketing It's #TimetoReconnect, says Bengaluru airport in its new campaign
19 hours ago