At the Businessworld Marketing Whitebook Summit 2019, Sudhakar Rao, Director-Branding, ICFAI Group, addressed the audience on the topic ‘The Performance Conversation’.

Rao spoke on performance marketing, and elaborated on the topic with the help of some brand videos.

“Speculation is the poppy of a businessman, yet precision is the arsenal of a manager. In today’s word of smart tools and information, we cannot afford not to be smart and gather information. Precision will determine our performance,” said Rao.

According to Rao, performance marketing calls for a lot of analytics. “While it is a continuous development process, this is just not going to look at the results at the end of the campaign. It basically takes a peep at every turn and understands whether it is going in the right direction or not, and make suitable changes as we move forward,” said Rao.

Rao said performance marketing is a tool or a cognitive approach, not merely an audit for payment.

He further elaborated the topic with case studies. One such case study was that of UN Women. Pakistan has the problem of child marriage. Children below 18 years of age are married off, and sometimes the age goes down to 6 years. UN Women wanted to spread awareness on child marriage and raise marriage age to 18 years. To show the implications of child marriage, they used the country’s biggest fashion show, The Bridal Couture Week. They embellished typical Pakistani school uniform with embroidery, calling it the bridal uniform. When the event celebrated the bridal collections, the show stopper of the show was a little girl who walked wearing the bridal uniform. This raised the question: If all brides need to be celebrated? People rallied behind the cause and the effort brought the issue to the forefront. In January 2019, the Pakistan Senate approved a Bill to raise marriageable age to 18 years.

Rao further elaborated on the topic with case studies from Vicks. Vick’s brand trust was falling 12.5% in less than a year. Vicks had to re-assert its category leadership by connecting with young and progressive India. The brand always stood for family care and decided to re-consider what family care meant. They brought in the concept of ‘where there’s family, there is care and where there is care, there is family’.

They showcased stories of extraordinary care. In 2017, they brought out the story of Gauri Sawant, a transgender who fought out the odds in society and adopted a child and in 2018. They also narrated the story of Nisha, a young girl with a rare genetic skin condition, ichthyosis. She survived because of the love she received from Aloma and David Lobo, who adopted her after she was abandoned by her real parents. Celebrities rallied behind the concept of #TouchofCare, and after the campaign, Vick’s sales growth increased by 5 per cent. 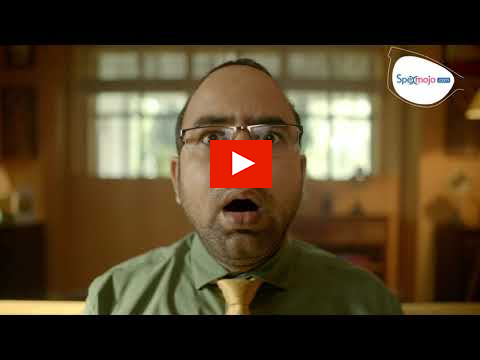