During the two months of cricket extravaganza (read Indian Premier League) Chinese handset manufacturer Vivo had the maximum mentions of over 667k times according to international media intelligence company Meltwater between April 1 and May 28. This was followed by Reliance Jio which had 33.23K mentions and Coca Cola 11.55k times. 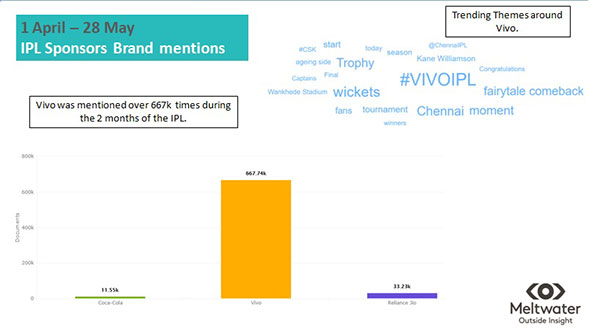 Hotstar was the most popular trending theme. According to Star India, 202 million viewers had logged on to its video streaming platform, Hotstar, to watch the T20 tournament, a 55.3 per cent jump from last year. It was mentioned 16.65k times followed by Reliance Jio 2.51k times. 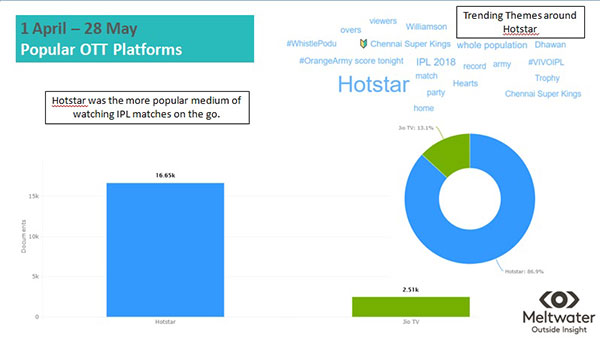 As we know Meltwater tracked the mentions around IPL final match between Chennai Super Kings and SunRisers Hyderabad which was 145k. The other trending themes were IPL2018Final, special knock and tournament. 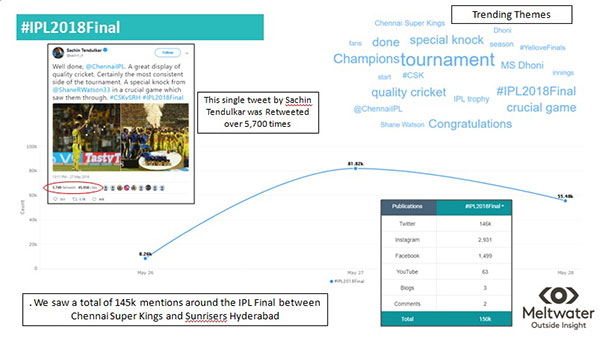 As expected, MS Dhoni received the highest mentions with over 60k mentions according to the media intelligence company. Man-of-the-match Shane Watson came close second with 47K mentions owing to his exemplary performance. 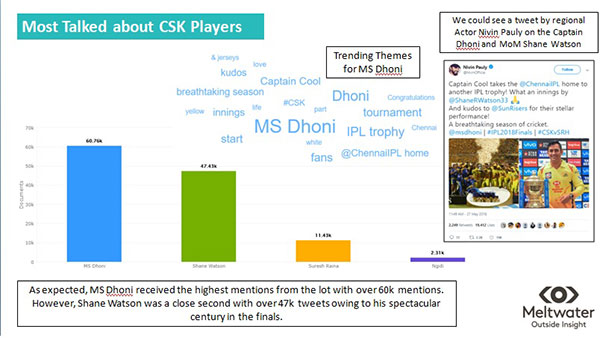 In new campaign, Kajal Agarwal talks about benefits of Prega News
17 hours ago

ipl Rhiti Sports joins the race to own one of the 2 new IPL teams: Reports
25-October-2021