Will paywall for IPL 2020 get Disney+ Hotstar a more ‘qualified’ audience?

Experts claim, for brands, it will provide one-time access to the site on a cost-per-engagement basis, which means a more engaging brand experience than traditional banner advertising

Two weeks before its biggest event was to kick off, Disney+ Hotstar announced putting its live IPL matches behind a paywall. The 13th edition of the Indian Premier League is scheduled to start from September 19. Putting speculations to rest, on September 5, the group announced that as part of its many firsts Dream11 IPL 2020 will only be accessible to new and existing subscribers of Disney+ Hotstar VIP and Disney+ Hotstar Premium.

For most digital experts, it is a wise move that will not just increase its subscriber base but will help advertisers reach out to a ‘more qualified audience’. For brands, it will also provide one-time access to the site on a cost-per-engagement basis which means a more engaging brand experience than traditional banner advertising.

For Varun Duggirala, Co-founder and Chief Content Officer, The Glitch, this might set a precedent for premium subscription-based models around sports in India. “While this model has largely been focused on international tournaments so far, with cricket and IPL moving to this it could change the way we look at the revenue and advertiser models around sports in India and open up a whole gamut of opportunities to build more immersive experiences,” Duggirala told e4m.

Vivek Bhargava, CEO, DAN Performance Group, called it an interesting move that cashes in on the popularity of OTT consumption in the post-COVID period. “Lockdown has surged the subscriber base of most OTT platforms, including Hotstar. OTT consumption reached 88% growth from pre-Covid levels and subscriptions grew at a faster pace than organic user growth. Couple this with the bundled offers that Jio and Airtel are running to have access to the VIP subscription of Hotstar, it will be very interesting to observe how it unfolds,” said Bhargava.

While there are discussions around restricted viewership leading to a drop in advertising revenues, experts believe it will instead invite more targeted advertising.
“From an advertisers’ stand point, this will lead to some reduced reach, but to a more qualified audience. So brands that target the top and middle of the pyramid will not shy away from investing. We are seeing some hesitation in certain traditional sectors like FMCG due to the reduced reach, but many other new sectors like ed-tech are latching on the opportunity. Twenty per cent of the customers of most brands deliver them 200 per cent of their profits. Post-Covid, brands will have to leverage digital to go after the best customers - and customers who pay are surely better customers for most brands,” Bhargava added.

Arvind Nair, Regional Director of Mirum India, also echoed similar views. “Having a paywall opens up more opportunities for advertisers. For example, the ability to provide one-time access to the site on a cost-per-engagement basis makes for a much more engaging brand experience than traditional banner advertising during IPL, where you see a lot of brands fighting for the eyeballs. Also, the quality of the inventory behind the paywall and the price that an advertiser is willing to pay will be even more interesting. While we are all in an era of focused media and advertising, in the long run it will impact both viewership and online advertising revenue. But we will need to wait and observe,” Nair noted.

In its announcement on the move, the statement released by the group claimed that starting 19th September, all Live matches will be exclusively available to new and existing subscribers of Disney+ Hotstar VIP at Rs 399 for 12 months, and to Disney+ Hotstar Premium subscribers for Rs 1,499 for 12 months. Additionally, Disney+ Hotstar VIP has tied up with leading telecom companies in India - Jio and Airtel - for subscription deals. “Both partners will offer exciting prepaid recharge plans bundled with a 12-month subscription to Disney+ Hotstar VIP along with the convenience of buying these across either millions of Jio and Airtel retail stores using cash or digital payments,” read the statement released by the group.

498 koos were removed in July: Compliance report
18 hours ago

Focus on knowledge, corporate presence and building your own brand: Akanksha Jain
2 hours ago 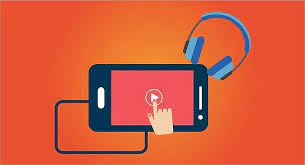 digital 498 koos were removed in July: Compliance report
18 hours ago

digital If we are not a responsible brand, we won't matter to users: Venkatesh Adavi
20 hours ago