We need to learn to deal with change at the pace of which is happening: Raghav Bahl

At the 10th chapter of Indian Magazine Congress, media honchos Raghav Bahl and Anurag Batra got into an interesting chat on how magazines can be part of digital revolution with progressive steps.

Before the conversation, Bahl talked on the disruption that India ‘felt’ in 24 hours, emphasizing on the dynamics of digital journalism and advantages it offers. He explains it with a recent example, “We were geared up for American election on our website. But after 8’o clock on November 8, the story changed. The dynamics changed. In fact there was hardly any number for the US election. Every large number was around Rs 500-Rs1000 note story.”

He also talked about how in digital world publishers have to listen to audience and engage with them. “Sometimes the audience knows better.  You have to crowdsource expertise. You are in the middle of so much ‘expertism.’ The World Wide Web is your library. The nature of journalism has to change to be able to accommodate conversations.”

He also spoke about the rise of daily magazines, products which are driving currency on digital media. “They (readers) like to see images and read opinion and news analysis but they want it daily. If magazines continue to believe in periodicity forget the print product even the brand will die.” How can magazines make that happen?   Bahl says, “Magazines can make this transition. They need to forget about periodicity. Make themselves daily products of news analysis, dynamic and social media driven while having conversations and learn video. They will not only survive but thrive.”

Batra, Chairman and Editor in Chief, ‘BW Businessworld’, was curious to know why Bahl needs a traditional brand – he partnered with Bloomberg Media to launch BloombergQuint that covers broadcast, digital and live events -- in the news space. Bahl started off with his opinion on how business vertical is treated different from others. He even admits that if not for Bloomberg he would not have got into this vertical. “Business audience is very tiny but brand aware who want global in addition to local content on digital platform. Those are the factors that led us to the partnership. There are two large players in that market already. So if we need to enter and put in the time, effort and cost to build a completely new brand the ROI will not be there according to me. It’s the peculiarity of business new market that drove us to that particular table.”

Batra and Bahl also discussed about legacy brands to which Batra posed a question, “Will a new brand with no legacy have an advantage in today’s world?” Bahl offered a contrarian view, explaining the entry of new brands. “Legacy brands have huge advantage as they have already got the audience. They have high ability to generate quality product. But do they have the ability to re-configure themselves? That will decide whether they can become the new leading player in the digital world. My sense is every time a new disruptive technology creates a new market it always takes a legacy player to convert itself into a dominant position in new market. But since they are somewhat held back by the legacy position it creates spaces for newcomers to come in. We have seen that with Buzzfeed and Business Insider who have come and created a space for themselves. On the other hand Washington Post has resurrected itself dramatically in the digital world. You will see that in India as well. Even in digital media world if there are going to be five dominant players three of them will be reconfigured legacy players.”

The conversation took a nostalgic route about Batra taking over BW Businessworld in August 2014 and Bahl’s advice for him. Going forward Batra put forward a relevant question on the changing times, “What has changed since 2014 and what lies in the future?” Bahl answers it with his learning of the medium, giving more weightage to social media, whose advantages are not talked about (in his opinion).

He shares, “What I have learned in the last two years is the importance of technology in media distribution in digital world. The technology platform through which you customize, target audience, and read analytics is critical. The other thing was the importance of social media. I am surprised how sometimes the legacy players chose to stay away from that. That debate is going on all over the world. How much of content will you put on Facebook? How do you monetize it? You have to embrace social media because your audience is there. If you want to make yourself a destination product then you need to have the brand resonance that The Economist has. I hear people talking about the disadvantages of social media.  No one talks about its advantage. I get zero cost distribution to largest possible audience in the world. The challenge is how to keep my reader engaged and monetize it. Those things are evolving. Revenue will come but in a different format.” Surprisingly he strongly ruled against programmatic revenue. “Don’t rely on Google to bring you programmatic revenue as you will never get enough of it. Go and create branded solutions. Revenues will come and we have seen that.”

Bahl might be skeptical about print medium but his confidence on television medium is encouraging. He shares, “Television is never going to die. It’s such a community watching product which digital can never replace. For instance, last night American election is a bigger television product because it’s something people want to watch with their family and talk about it, rather than being caught up in an intense engagement with just themselves.”

Batra finally ended the chat with a personal question, “Why another media venture when you could have done something else?” To which Bahl responded, “Good exciting things were happening in the digital world. Also somewhere Network18 left a sort of unrequited ambition to show to the world and oneself that I am not a one-trick pony. I am glad we did that.”

Aseem Sood is the new chair of AMEC
5 seconds ago 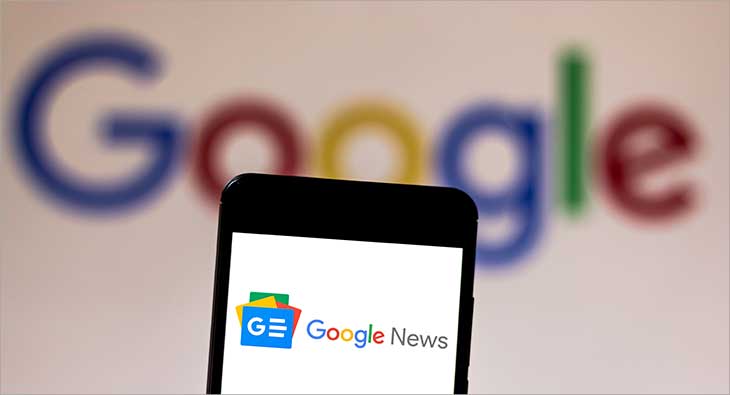