Shyam will be handling the responsibility of re-launching WIN NEWS

WIN TV, the group promoted by DIKSAT, has roped in as its Executive Director RBU Shyam Kumar, the former CEO of Puthiyathalaimurai Group.

Shyam will be shouldering the responsibility of re-launching WIN NEWS along with Ram, the former Editor-in-Chief of Puthiyathalaimurai TV.

Shyam has to his credit several successful revamps, launches and is an expert in experiential marketing. He has now taken on the task of accelerating the WIN group to soar higher into the news platform.

WIN NEWS is in the process of hiring the best talents in the Tamil television industry.

Shyam said, “WIN NEWS is the new avatar of the vintage brand. I’m sure there is ample scope for a good news channel. We will be positioning it as a people’s channel with the tag ‘Üngalukaga Ungaludan’, which means that ‘For the People and with the people’.  I’m confident that with a veteran like Ram leading the editorial and with a visionary leader like Devanathan, we are going all out to win.” 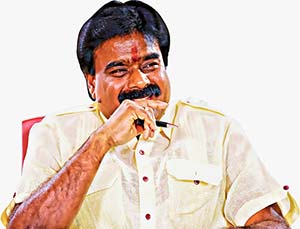 Devanathan, Chairman, WIN Group, said, “No one can plough a field just by imagining. So I’m here to translate my imagination into a reality with my vibrant team.”

Ram, News Director of WIN NEWS, who will be taking complete charge of content, said, “Waiting is over, we are here to execute. Currently people are averse to sensational and superficial media reporting and certain areas like development journalism is almost untouched by Tamil television media which will be our focus and USP.”

WIN News has been awarded ISC-FICCI Sanitation Award 2019 for its coverage of sanitation issues in and around Chennai city.

The India Sanitation Coalition (ISC), in collaboration with FICCI, has constituted the award in April 2017, to identify and recognize the efforts of various stakeholders, across the sanitation value chain of Build-Use-Maintain-Treat (BUMT).

WIN News, received  the Special Recognition Award for 'BEST COMMUNICATION IN SANITATION at the third edition of the ISC-FICCI awards ceremony held in New Delhi on 25 April 2019. The award was presented by FICCI President Sandip Somany to                                     Ms.  P.Bhuvaneswari, senior member of the WIN’s editorial team.

The purpose of this award is to duly recognize the commendable extensive reporting about  the lack of public toilets, low sanitary maintenance and solid waste management by municipalities and other glaring sanitation issues in Chennai city.

The overwhelming response since its launch has inspired ISC-FICCI to host the awards as an annual event to share knowledge and expertise, showcase forward-thinking best practices and promote partnerships across the sector in order to achieve a sustainable sanitation ecosystem.

In its first video campaign, Rapido gives #PromiseofProtection
10 hours ago

Are you still wondering #KahanGayiCadbury?
16 hours ago