The combined worth of the media company, now called ViacomCBS, is said to be $28billion

In a mega media deal, CBS and Viacom have announced that they have reached an agreement to combine their entertainment empires, according to media reports. The merger will once again bring back the entities under one umbrella. The two had split in 2006.

The combined worth of the media company, now called ViacomCBS, is said to be $28billion. Their controlling group will be National Amusements. The new company will have brands such as MTV, Comedy Central and Showtime, as well as Paramount Pictures.

The companies have reportedly said the merger will allow them to bolster investment in premium entertainment and boost their global reach.

Invesco could call off ZEE EGM: InGovern
59 minutes ago 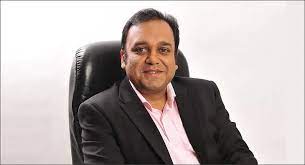