Is ‘youngistaan’ no longer the right choice for cola brands?

With the average age of most of the celebs endorsing colas being in 50s, we ask experts why are the brands opting for senior stars over the younger ones

A little more than a decade ago, in 2008 precisely, Ranbir Kapoor and Deepika Padukone were still fresh to Bollywood and were paired up with Shah Rukh Khan for a high-decibel Pepsi campaign, which made ‘youngistaan’ a term that encapsulated the youthful energy and a term to identify the young generation of then. At the same time, Aamir Khan with his nephew Imran Khan and another Bollywood newbie Kalki Koechlin was ‘opening happiness', and Akshay Kumar was showing some thrilling tactics to promote Thums Up. All this was an extension to the youthful image of these cola brands, a prominent category that was spending upward of Rs 290 crores on advertising back then.

Cut to 2022, Akshay Kumar is still showing his daredevil side, this time albeit a little light-heartedly, for Sting, a fairly new entrant in the Indian market from the house of PepsiCo, Shah Rukh Khan is now the face of Thums Up, showing his rouge side, and Salman Khan is talking to his younger self in a Pepsi campaign championing deepfake technology.

This change in the average age of these celeb endorsers, all in their 50s, raises an important question: are the cola brands no longer targeting the youth? exchange4media talked to some industry experts to understand.

As per the Duff & Phelps annual Celebrity Brand Valuation Study 2021, both Akshay Kumar and Shah Rukh Khan are amongst the top 5 celebrities when it comes to brand value. No young star, below the age of 30, factors in the top spots of these lists. That makes these stars a more trusted face with a deeper reach in the Indian market. And possibly that’s why the cola brands are still using their popularity for their benefit.

Brand guru & the founder of an eponymous consulting firm, Harish Bijoor says, “Cola brands are lowest-common-denominator brands in terms of demographics of the reach aimed. These brands seek the largest set of eyeballs there are to capture in any market. India is a big market, and in this market, if you are to capture eyeballs, you need to piggyback on the popularity of the star with the "mostest" fan following . In India today, the largest eyeballs live with the stars of the not so remote yesteryears. Stars from the big screen and stars from cricket rule. Cola companies, therefore, collaborate with the ones with the biggest reminiscent eyeballs. The category of cola may be a youth category, but out here, if you grab young stars, you die in the first step itself with a lower set of eyeballs. Brands do, therefore, tend to compromise on youth at the altar of recognisability and star-power.”

It is interesting to note here that Coca Cola is still betting on young faces of Ishan Khatter and Janhvi Kapoor and 7Up is back with its animated star Fido Dido.

As the urban Gen Zs and millennials are becoming more health-conscious saying no to the aerated, sugary drinks, having their role models as brand ambassadors don’t make much sense to the cola brands. And no one can ignore the hold that the Khans and Kumar – all of whom are constantly coming up with masala movies – have over the semi-urban youth.

Brand Strategist, coach, & founder of Brand-Building, Ambi Parameswaran elaborates, “The two big cola brands are probably going back to a very established playbook. When in doubt go for the names and faces that have the biggest aura. In the case of film stars, the top positions are occupied by SRK, Salman and you may add Akshay and Aamir. So going with one of them is a safe bet, especially since we have not had any big Hindi movie release in the last two years and Allu Arjun of Pushpa fame may be a little too risky to take as a brand ambassador. It is not as if these brands have not used younger stars like Ranbir or cricketers like Virat Kohli.”

“The other key issue is driving consumption in smaller markets and semi-urban centers. With the metro youth making noises against aerated sugary drinks, the target to go after could be the small city youth. For them, SRK and Salman still spell magic. So it may be a combination of all these factors that may have pushed them to bet on the most recognised horses, rather than play with a younger horse. Both SRK and Salman are also evergreen and even today there are books being written about them [Desperately Seeking SRK is a recent best seller].”

Age is just a number and the youth of today believes that, as pointed out by Brand-Nomics MD Viren Razdan. “The older generation has upped the game in many ways. The '18 till I die’ attitude has helped them keep pace with the new generation, which still reaches out to the bold new ways of the old, whether it's fitness or being digitally savvy and connected. This has kept their relevance alive to the mass segment that many categories reach out for. While the younger give you cut thru - the connection and recognition perhaps come from the heavy hitters of the past. Amitabh Bachchan at 79 plugging a soft drink is an example. So in many ways fading and ageing is an attitude these bold & old don’t believe in and people love that.”

He concludes, “Challenges are plenty, as the new generation grows up in an environment of extreme awareness and buzz around the suspected goodness and a much larger bouquet of options being the primary mind shift. Cola brands are further challenged to keep their profile and stature up and perhaps gravitate to the old & bold, who still command a following. The broader reach becomes a key requisite, the choice is short-stories vs stature.” 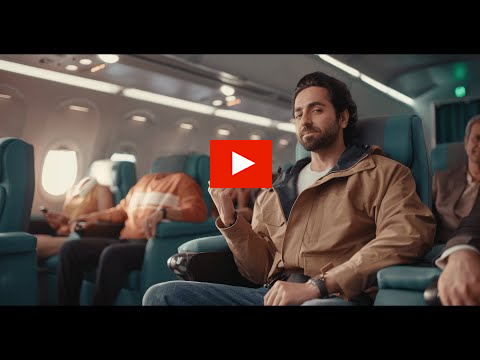