The Tamil film actor turned 43 on Monday, we take a look at some of his brand endorsements

The Singam of Tamil film industry Suriya celebrated his 43rd birthday on Monday with much fervour. The south superstar is quite popular in Tamil cinemas and has a huge fan base, who showered their love for the actor on social media. The second look poster of Suriya’s upcoming political drama film ‘NGK’ was released on social media on Sunday. Fans and friends from the industry have been sending joyous messages and wishes with trending hash tags - #HappyBirthdaySuriya #HBDSuriya. 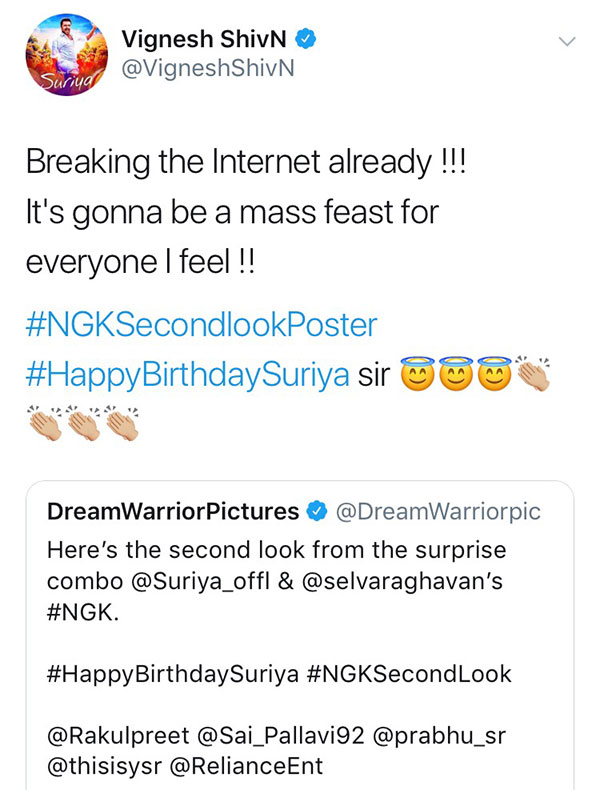 Suriya debuted in the year 1997 with his first film ‘Nerukku Ner’ and ever since then he has become one of the most bankable actors in the industry. His first commercially successful movie was ‘Kaakha Kaakha’ directed by Gautham Vasudev Menon, post the success of this movie, Suriya gave major block buster movies like ‘Ghajini’, ‘Vaaranam Aayiram’, ‘Singam’ trilogy and many more. He also found success with science fiction films like 7aum Arivu (2011) and 24 (2016). He won three Tamil Nadu State Film Awards and four Filmfare Awards South last year.

Apart from being a superstar in the industry he has donned the role of a producer and is the founder of a film production and distribution company named 2D. He also made his debut on the small screen in the year 2012 with ‘Neengalum Vellalam Oru Kodi’ (the Tamil version of ‘Who wants to be a Millionaire?’).

Following his success in the film industry, Suriya has been the brand ambassador of several brands in his 21-year-old film career. He was honoured at the Edison Awards in 2013 as the Best Male Endorser in South India. Here’s a look at the brand endorsements made by this Tamil heartthrob.

Pepsi
Suriya along with actor Madhavan has acted in a TV commercial by Pepsi. He was the brand ambassador of the brand Pepsi in Tamil Nadu.

In the year 2006, Suriya was made the face of brands such as TVS Motors and Sunfeast Biscuits.

Aircel
Suriya’s association with Aircel started in 2006. He also appeared in Aircel commercials with his wife-actress Jyothika.

Nescafe
Suriya along with his wife Jyothika have been featured in Nescafe commercials.

Complan
Suriya in the year 2017 was chosen as the ambassador for health drink, Complan. Suriya was also the brand ambassador for Quikr, Intex mobiles, Ujala Crisp and Shine.