The campaign features Onir, Sushant Digvikar, Priyanka Paul and Aravani Art Project, inspiring members of the pride community who refuse to be restricted by the labels of their sexual orientation

When the Supreme Court of India came to repeal Section 377 of the Indian Penal Code and decriminalize homosexuality last year, it was widely viewed as a watershed moment – a crucial step towards freedom from discrimination and persecution in the world’s largest democracy.

The decriminalization of section 377 served as a powerful backdrop for society to tackle another battle – one that challenges the notion that an individual is defined by sexuality. In efforts of empowering people who identify as LGBTQIA+ and shattering perceptions, Levi’s® launches #ProudToBeMore, a campaign, a stand, with the inspiring members of the pride community who have continued to defy the odds and accomplished more than what the society deemed worthy for them. These stories capture the authentic journey of a few brave people who believe life is much more than one’s sexuality.

Levi’s® has played a long role in supporting the LGBTQIA+ community by building and encouraging an inclusive environment.

The inspirational and self-empowered stories show ‘Proud To Be More’ is more than just a statement. It is a philosophy, a lifestyle, that brings together these four self-assured personalities from different aspects of life. In a country where individuals are being labelled and reduced to their sexual preference and orientation - Onir, Sushant Digvikar, Priyanka Paul and Aravani Art Project and have shown various manifestations of a life that refuses to be put in a box. They have built a life for them on their own terms, where they are proud of their sexual orientation, but that’s not it, they are proud to be so much more.

True to the campaign thought that emphasizes on the lifestyle, Levi’s® acknowledges the barriers of perception and yet allows one to achieve greater values and refuses one’s identity to be limited to one’s sexuality.

Karen Riley Grant, VP Marketing, Levi’s® Asia and MENA says, “The #ProudToBeMore campaign is driven by the insight that an individual’s journey of discovering their gender, sexual orientation and preferences is a unique one. This campaign aims to celebrate those authentic individuals and their journeys. We hope to empower people to be proud, accept themselves for who they are and become an individual above their sexual orientation.”

About the personalities featured in the video:

Onir is an Indian film and TV director, editor, screenwriter, and producer. He is best known for his film My Brother…Nikhil. My Brother.... Nikhil was one of the first mainstream Hindi films to deal with AIDS and same-sex relationships. Onir won the National Award for his film I Am and about 13 total film awards. While the industry stereotyped his work as LGBTQ work, he continues to challenge the perceptions of the society around homosexuality, by taking the conversation forward on acceptance and equality. Onir’s story is that of pushing boundaries through persistence and continuous effort towards a world where one’s sexuality doesn’t dictate their life.

Aravani Group based out of Bangalore has been making a difference using art that shakes up your conscience. It is changing the perception of people towards the transgender community through visual arts and socially inclusive experiments. In a world where the transgender community has little control over the kind of life they can lead, Aravani group illustrates that nothing can stop you from dreaming, and if you work towards it, nothing can stop you from living your dream. Their story captures the colourful life which at one point, they wished to lead.

Sushant Divgikar is an Indian model, actor, performer, singer, and video jockey. In July 2014, he was crowned Mr Gay India 2014. He represented India at Mr Gay World 2014. While Drag is still a relatively new art form in India, Sushant Divgikar has found himself a place internationally with, Rani-Ko-He-Nur his drag avatar inspiring many others to embrace their identity as a whole. Sushant thinks, being gay is not the only thing about oneself. Over the years, he has developed a deep understanding of self and that is exactly why he celebrates all of him, every day. His story showcases how self-love can make you more than what you could imagine.

Priyanka is the youngest amongst the lot and has a fresh perspective on what it means to be queer. With her art, she hopes to convey the need to analyze the accepted and re-enforced social systems and norms and to re-evaluate all the wrong in society, especially from an early age. She hopes her art questions the status quo and provides a voice to the unheard and not only the members of the pride community. Her protest goes beyond gender, orientation, caste, colour, creed, religion. It talks about reality. Her story is about how she doesn’t fit in any of the society’s brackets- she makes it themselves. Priyanka has also crafted a manifesto poem for the concept of ‘Proud To Be More’ that captures the true emotion of this lifestyle.

The disinfodemic: PR has the vaccine!
2 minutes ago

'Always a part of our family', says Amul in tribute to Anil ‘Billy’ Kapoor
36 minutes ago 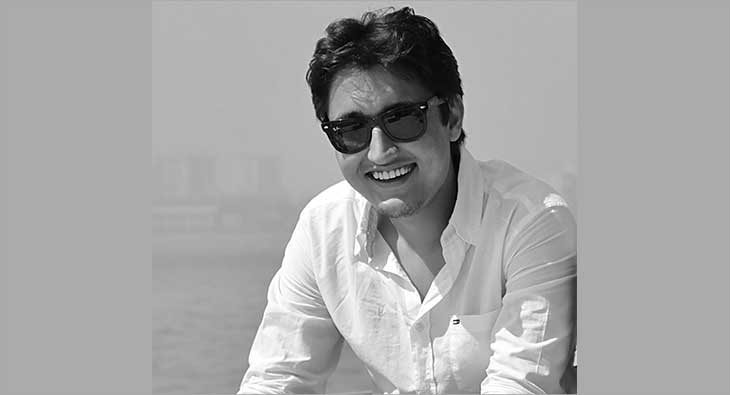 advertising Anil was uncompromising when it came to the interests of the industry: Ramesh Narayan
3 hours ago

advertising 'People like Anil Kapoor are large – at heart and in spirit, and his legacy shall live on'
19 hours ago