With ICC CWC wrapping up, an e4m expert panel chose the top ads and campaigns during the World Cup. Topping this list are Vodafone, Nike, Pepsi&hellip;

Amid all the euphoria post the World Cup win, the advertisers, too, have emerged winners and brands that had put faith into the tournament have been able to justify their big marketing spends. exchange4media spoke to media agency heads and asked them which ads and campaigns took the Ad Cup…

Two clear winners are Vodafone and Nike. The Vodafone 3G Super ZooZoo campaign has been an instant hit. ‘Bleed Blue’, Nike’s tagline and the inspiring call to the nation, was plastered all over the digital space by fans tying it to the spirit and the excitement of the tournament. Two campaigns that stood out in terms of innovative messaging were Bharti AXA Insurance TVC and the Ceat Tyres’ “There are too many idiots on the road” commercial.

Topping the list of Sudha Natrajan, Deputy CEO, Lintas Media Group, were the Pepsi – ‘Change the Game’ campaign, Sony TVC and the Vodafone ZooZoo campaign. She observed, “The Pepsi campaign was unconventional and the whole country took to it brilliantly. The music for Vodafone and the creatives were outstanding and the 3G connect came together and resurrected the idea. The second lot of campaigns flopped comparatively. The Sony ad was technically brilliant with the impactful usage of Dhoni and association with the Cup. As a brand, Sony, the ICC World Cup and Dhoni came together in an equal stature.”

And amongst her least favourites featured the Reliance ‘Mix Your World’ 3G campaign. She added, “Spice Mobiles took the cake among other telecom players. Micromax has also done a fabulous job with the new set of ads. Nokia’s checkered ad, considering the spends, did not seem justified. Another letdown was the Idea 3G commercial with Abhishek Bachchan, though the legend series was fine earlier.”

Anamika Mehta, COO-North, Lodestar UM, also zeroed in on the Vodafone, Nike and Pepsi campaigns. “Telecom or consumer durables were sectors from which we saw special creatives created for the tournament. The Pepsi ad out-and-out clicked with audiences. Another ad that comes to mind is the ICC anthem, ‘De Ghuma Ke’, which was catchy and to the point. The Vodafone ads were fun too,” said Mehta.

Mindshare India’s Principal Partner – The Exchange, Amin Lakhani’s ‘personal favourite’ is Nike’s ‘Bleed Blue’ campaign. He elaborated, “They had incredible luck to jump in to this quarter and with India lasting in the tournament till the end, it justified the spends. The Vodafone series have also done a beautiful job at connecting and appealing to kids and adults alike.”

My personal favourite is the Nike’s Bleed Blue campaign. They had incredible luck to jump in from the quarter- finals and with India lasting in the tournament till the end, it justified the spends. The Vodafone series have also done a beautiful job at connecting and appealing to kids and adults alike

Saurabh Tyagi, Director, Starcom MediaVest Group, picked out Pepsi – Change the Game and Nike’s Bleed Blue campaign to be the best creative advertising themes with cricket as the centre piece. In terms of TVCs that did not manage to make an impact despite having big names such as MS Dhoni and Sachin Tendulkar were the Castrol, Sony and Idea 3G campaigns. 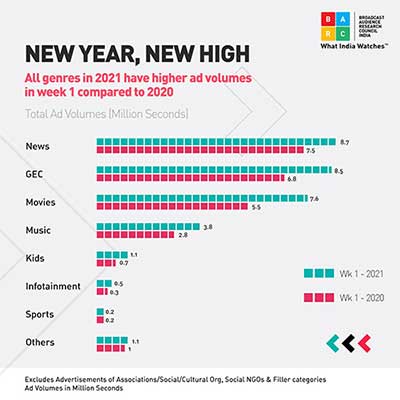