Delhi-based branded entertainment agency, Humour Me, has released a 3D animation film ‘Dive In’. The film is rapidly gaining virality for its engaging storyline, high production value and attention to detail.

The animated film has been created for Bangalore-based backpack startup Arctic Fox. The brand believes in the power of creative dreams, and chasing one’s dreams with relentless optimism and perseverance. ‘Dive In’ portrays the brand’s key values in a highly entertaining, storytelling format, the agency said in a statement.

Instead of creating a tactical brand film, Humour Me chose to bring the brand’s mascot to life, and highlight the brand’s philosophy in the journey that the film’s protagonist takes.

Talking about the film, Dhruv Sachdeva, Founder and CEO, Humour Me, says, “The best ideas are the ones that are the simplest. Given that our brand name is Arctic Fox, which could be quite alien to an Indian audience, we wanted the brand’s purpose to really resonate with our key target group. The Arctic Fox is an animal that continues to ‘dive in’ till it succeeds, despite the odds. It is relentlessly optimistic. We believe this is the defining factor behind anyone who is truly successful. The best way to instantly emotionally connect with people was to bring our brand ambassador to life!”

The film is set in the arctic tundra and centres around an arctic fox with a dream to catch an elusive lemming that always seems to be just out of reach. The fox attempts to catch the lemming many times but is unsuccessful. However, it continues to persevere in spite of being faced with enormous challenges with potentially disastrous consequences.

'Dive In’, which took four months to create, is a buoyant representation of how perseverance always pays off no matter how many times one fails, emphasising the importance of resilience and determination. The use of animation allows for audiences to truly empathise with the characters, thereby allowing the brand to connect with its consumers on an emotional level. The film allows audiences to understand the brand’s philosophy through meaningful, heartfelt content that not only generates high recall, but also encourages viewers to face their fears, take the plunge, and dive into their dreams.

Commenting on the film, Sridhar Thirunakara, Founder & CEO, Arctic Fox said, “Arctic Fox as a brand has always encouraged its consumers to relentlessly chase their dreams, and we position our products as conduits to those dreams. This film is thus the proud flag bearer of our ideology. Dhruv and his team from Humour Me have always done exceptional work building the brand Arctic Fox from the day one and this film, “Dive In” is the ultimate result of their creative capability, genuine commitment and meticulous execution.”

It is important for CMOs to be in touch with their consumers: Harish Bhat
21 hours ago

For our campaigns, we speak to customers and listen to them: Arjun Mohan, upGrad
20 hours ago 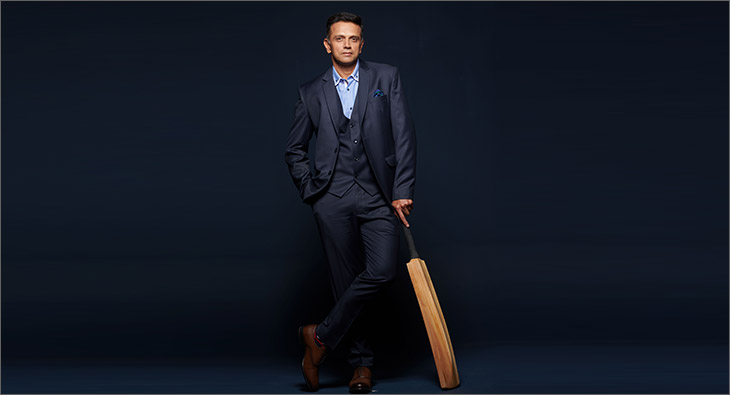