Brands capitalise on the Game of Thrones final season frenzy

Going by the hype and excitement to watch the final episode of GoT, brands take a cue and get creative to integrate themselves into the franchise

The world is currently going berserk over the final season of epic fantasy series Game of Thrones (GoT) which started streaming on April 15. It has been the buzz word throughout social media for the past few days and according to Twitter India, the latest premiere episode of Game of Thrones was the most tweeted about episode of the show ever, with over 5 million tweets.

According to Twitter data, the most tweeted about characters were, Bran, Jon Snow, Daenerys, Sansa, and Cersei.

Whether it’s to discuss conspiracy theories, favourite characters or scenes, Instagram too has become an important community for fans from across India to discuss all things GoT. As per the data collected by Instagram, Indians are among the top 5 fans of GoT across the world. The data also says that most talked about and popular character among fans is Jon snow.

According to reports, the highest volume of GoT-related content on Instagram came from Mumbai, Delhi and Bangalore, followed by Hyderabad and Chennai. The social media is also flooding with memes and trolls related to GoT and its characters.

While the buzz is on to figure what's happening next, here are a few brands who took the stage to welcome the new season in their own way. It indeed is a battle for the throne!

The king is coming #ForTheThrone Brace yourself for the season of delights!

The battle is still on, it's time to choose your side. Which is your favourite Xiaomi phone, tell us in the comment section. #Xiaomi #MiHome #GoT #GameOfPhones #TheFinalCountdown #LastSeason #GameOfThrones #POCO #Redmi #RedmiNote7Pro 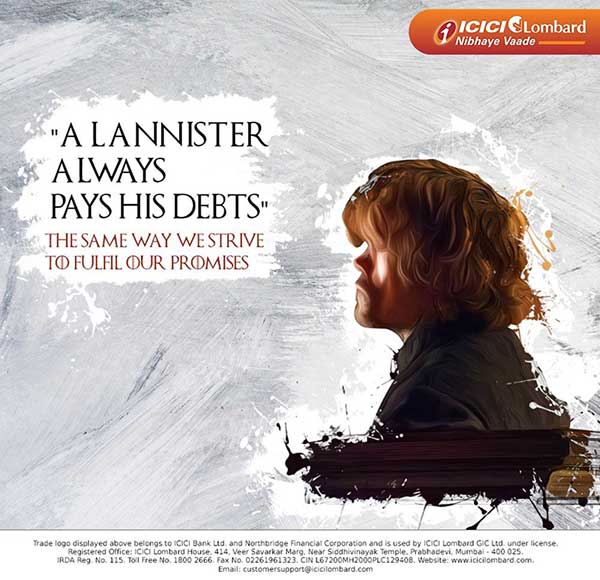