The advent of Digital has brought about sweeping changes in the world of Public Relations. How has the industry benefited from it, and have the gains been bigger than the hurdles?

'If you want to change your world, change your words’ - this popular saying fits the essence of the Marketing and Communications industry. After all, for decades, Public Relations has shaped, polished and if need be even air-brushed the communication of brands. But with the advent of Digital, it has gone a step further. Today, PR is doing a lot more, as Digital has brought about sweeping changes to the industry. A brand is not what a marketer tells the consumers about, but what consumers tell each other about it, courtesy social media and two-way communication. Additionally, consumers are not just sharing content but also creating content, which has completely changed the approach of PR agencies.

Kunal Kishore, Co-founder, Value 360 Communications says, “Digital can actually pose a big crisis for any brand, which wasn’t possible earlier because back then, the conversation was more like a monologue. If you look at Indigo, they faced one of their biggest crises only courtesy social media when a customer shared a video of an Indigo passenger being manhandled on the tarmac by their crew. The video went viral. So, Digital today gives a voice to the consumer, which needs to be understood and seen as a strength for the brand because it gives an opportunity to create a massive conversation around the brand. Yet, it is a double-edged sword because it gives the consumer also some voice and the brand has to be very conscious about how they are engaging with the consumer. If they are not engaging in the right manner, the consumer can actually go overboard in terms of taking the brand down.”

But there are also brands that have managed to come out of such tricky situations with their held high. The best example is the Zomato Delivery boy row, wherein exactly 10 hours, Zomato responded to the customer’s tweet saying ‘Food has no religion’, winning hearts. So the upside is reduced dependence on media to get across the message, being able to interact with the customers directly and gauge the success of the campaign real-time from the engagement, while the flip side is that trolling a brand has become pretty easy for consumers.

Talking about one such case wherein a purpose-led cover story in The National Geographic titled ‘Planet or Plastic’ was trolled because it came wrapped in a plastic cover, Pawan Soni, VP & Head, Content and Communications, National Geographic says, “The magazine came wrapped in a plastic cover in just one market. To salvage the problem, we turned to our dedicated fan-base of like-minded people who believe in us. We have cultivated them over time by creating multiple touch-points. They kind of rescued us in the time of crisis by speaking on our behalf without us having to prod them. There was no official response from the brand, but thousands of people said that it is the message that matters and Nat Geo is not a brand which doesn’t practise what it preaches. Over the next few months, we proved that we were committed to the cause of no plastic, so it doesn’t matter that we missed a point or two in the process.”

Other communication experts, however, believe that brands have to be available and it is the speed at which they tackle the problem that matters, being sensitive is of the essence and at the end of the day, some amount of negative narrative is also healthy for a brand.

Sudeep Narayan, Marketing and PR Director, Volvo Auto India talks of a slightly different approach. He says, “If there is something negative about my brand, I would prefer solving it one-on-one. If someone rants on social media about my brand, we approach the person one-on-one and try to figure out why is it that he or she is saying so; or if it could be a mistake on our part. The minute a company publishes its point of view on social media, right or wrong, people add fuel to the fire even more. So, we revert on social media saying that Mr or Ms XYZ, thank you, we have already connected with you one-on-one.”

HOW USEFUL ARE INFLUENCERS?

Another product of the digital generation is influencers. There is much debate on how useful they are, keeping in mind that one can today buy fake followers and likes on Instagram, Twitter, etc., which has become a full-fledged business. Consequently, many PR agencies prefer to use micro-influencers who have followers starting from a thousand, a believable number, over macro-influencers.

Jasrita Dhir, Head, Brand Marketing & CSR, Fortis Healthcare says, “It is important to have a balance between your macro and micro-influencers. Also, if you have to choose between reach and relevance, you should always go for relevance as we did for our ‘#Unmuteyourself’ campaign. Go for an influencer who may not be in category A but has had a real experience relating to your brand’s cause, he/she will talk about the matter with more depth and then people will listen because it really connects as opposed to a Category A influencer who has a lot of reach, but for all you know it could be fake.”

Another problem is – an influencer may have a million followers but how many of them are relevant for the brand in question? For example, an influencer can get a brand a million likes for a high-end hotel brand, but if half of them are in their teens or not in a position to spend on luxury accommodation, will it really help the brand? Also, when an influencer endorses multiple brands, he/she loses credibility with real followers, is not expected to have brand loyalty, and can well endorse multiple competing brands. What does a brand do then?

Chiragh Cherian, Director, Perfect Relations says, has to understand whether an influencer is a right fit for their brand, even if he has the numbers. Having said that, if picked right, influencers can do wonders for a brand. Tiktok influencers are the biggest hit these days, they get their message across in 15-second videos and there are influencers who make simple videos placing your products on topics as basic as ‘a day in school’ but get so many hits and then there are I-gen influencers too nowadays.”

A fabulous example of a great influencer is 87-year-old Charulata Patel who caught the imagination of a good number of cricket viewers when she was seen cheering for Team India in the ICC World Cup match against Bangladesh. Pepsi wasted no time in making her the ambassador of their swag campaign which was running during the WC across all social media sites and was widely successful. To give an idea of the scope and effectiveness of influencer marketing, Amit Nanchahal, Senior Manager, PepsiCo shared that on the recently launched Pepsi anthem, the campaign already had 23 billion views on TikTok: “Influencers are ensuring that the message of the brand reaches the masses,” he said.

Digital also poses the problem of plenty with newer platforms emerging every other month besides the Snapchats, Instagrams, TikToks of the world which have added newer challenges to the PR agency’s kitty. Tejal Daftary, Founder, Alphabet Media elaborates, “There is too much data to accumulate. Research has to become a lot stronger with a new social media platform cropping up every second day. And we have to target those platforms as well because one never knows where our messaging will be more effective. So, clearly a lot of time has to be invested in research than before.”

Despite the plethora of opportunities that Digital has to offer, one problem that the PR agencies confess they face till date is determining ROI, considering that their work often reaps results in the long term while marketers want to see immediate results.

Nitin Thakur, Director, Brand & Communications, Max India Ltd explains, “ROI is there, but it’s not as closely aligned to business outcomes as marketing is able to show with the advent of Digital. Before that, advertising also used to live in broadly the same world. They created fancy campaigns and when the business owner asked about the exact output from it, they would just talk about awareness and such fuzzy topics. So, communicators need to bring out the inner geek in them, just like advertisers have done.”

Some even say that PR and marketing will become more and more integrated in the near future. Vivek Sharma, Chief Marketing Officer, Pidilite Industries Limited, says, “Lines are getting blurred between PR and marketing today; they are overlapping more and more because marketing in the true sense is becoming like PR, and PR is becoming like marketing.” But one thing that everyone in the industry agrees on is the fact that Digital has managed to get communicators to think beyond earned media. Now, they are able to operate comfortably in the whole bought-owned-earned space which is giving them a larger playing field. Otherwise, they would have continued to be in a niche space. So, Digital has been a real boon. 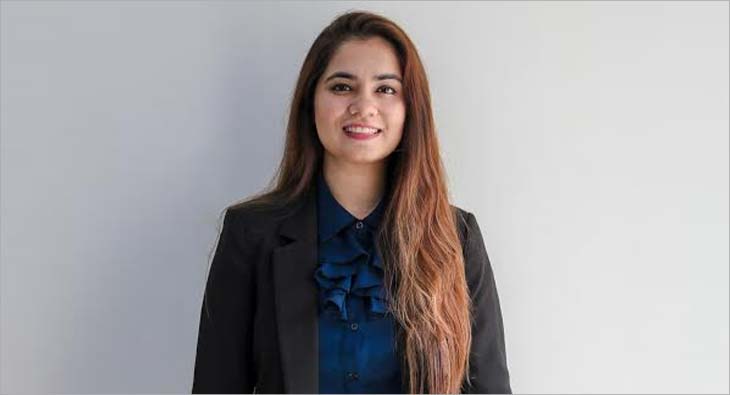