During the HT Media Group- Q2 FY 2021-22 earnings webinar, HT Media Group CFO Piyush Gupta, spoke about the company performance in Q2 and HMVL’s bid for an IPL team. “Capital allocation is something that the board consider to diversify the streams of revenue,” Gupta said while answering the question about HMVL’s bid for an IPL team during the Q2 FY 2021-22 earnings webinar.

Gupta further explained, “Our bid was, of course, an unsuccessful bid and we obviously fixed our financial box, very clear understanding that if it comes for rational thing whereby we can have a long term sustainable returns for the shareholder and this obviously is a very long-term contract, then we would have gone for it. Because it didn't come for it, it went to what we believe is an irrational territory, we did not go forward. Having said that you have to understand the diversification journey that we were trying to do in HMVL was to drive the non-print revenues for a very long period of time. The revenues in IPL are driven primarily by broadcast revenues and other sponsorship revenues which don't have a direct correlation with the cyclicality of the print revenues.”

He further added, “At the right price, had that happened, and also the third leg that I am forgetting in that whole bid is it is not just the broadcast revenue, it has a very substantial piece of digital revenue also building into it, but if you would get that it the right cost that would still have been worth it and the board, in its best governance, thought that we should put in a bid. At the right bidding price provided we would have bought it, this would have been good, but right now we've not got it so it is water under the bridge.”

When enquired to get some perspective on what was the board’s thought in bidding for an IPL team when the group has only 1300 crores on books, Gupta said, “The IPL bidding document said the bidding amount was to be paid on a straight line in the next 10 years. So there was not a straight-up payment, so that's one fundamental difference, the way you are calculating from the reserves and equity and also from our results point of view. What you are not counting is AFE book, you know and at least half of that is reasonably liquid, which is in real estate that can also be deployed. But there was no question of putting upfront 1000-1500 crores and taking away all the resources. All these payouts to BCCI were as per the bidding documents was staggered equally over the 10 years. Then we took the estimate of the broadcasting rights, our IRR expectations were set, and we were basically creating IRR, which is north of what we are seeing right now. Had we brought it for that number, it would have been a very good adjacency to a media business. But if you don't get that for your bidding price then IRR would have fallen massively and hence we kind of opted out, and we did not revise our bid. That's the long and short of it, but obviously, we're not betting the farm on this thing by pulling Debt etc, because that payment was not to be made upfront.”

Questioned about the investment plans and returns, Gupta highlighted that from HMVL, the company hasn't done too many investments in the past five years. “If I may draw your attention to that, we are trying to incubate a few new products, etc, in this year, and you would have seen the unallocated segment that we have reported. Because the markets are changing so rapidly, as they are changing, we are trying to create products that basis the demand that we are seeing is coming from the market can create a new revenue stream. And that's the whole intent, from HMVL, I don't think we've invested heavily in the last five years, this was an intent to do some rational diversification, which obviously was not rational, as we found out and hence, we are still sitting on cash, I would love to deploy tomorrow, but just for haste I don't think we should be making a decision which we might repent later on.”

On the recovery front, Gupta believes that the pricing in the market is soft. Volumes have nearly recovered and in some places, they actually exceeded the pre-covid volumes but prices are soft at this point, he said. While explaining the nature of recovery, Gupta noted that around 10 to 15 categories which constitute about 80 to 90% of ad revenue that come in the Hindi publication, indeed, also in the English publication. “Now, at various points in time, if you analyze them, there are some categories which are under stress and some which are firing. Now if you see over the last two three quarters, auto as a sector because of either chip shortage or commodity prices have been under shortage, so you know they would therefore hold back a little, but, as you can see, there are a lot of new age, companies and start-ups and their IPO, etc, which have been coming, so I would not like to believe, I mean, even if we analyze our categories, I think this is a reasonably broad-based recovery, some categories, of course, are still not firing I believe, structurally, they will come back as their business model start cranking.”

He further added, “Autos I read that they are reasonably stocked up for whatever input raw materials they required so I am hoping that will come back. So I believe it's a reasonably broad-based recovery that will sustain itself and, of course, with the cost actions that were taken last year, if we virtually reach about 100% per cent or beyond this thing, the operating leverage will impact the bottom line right straight away, and then we will be in a much better shape.”

Gupta believes that the H2 of this year will be better than the H2 of last year. “The only wild card at this point in time is the commodity prices because the newsprint prices compared to the same period last year, are at least 25 to 30% higher, which definitely will impact the bottom line. But if the categories on the revenue side which I am hoping will come back, if they come back, I think we will be in better shape than what we were in H2 last year.”

75% of internet households in India have both pay-TV & SVoD services: Ampere report
31-December-2021 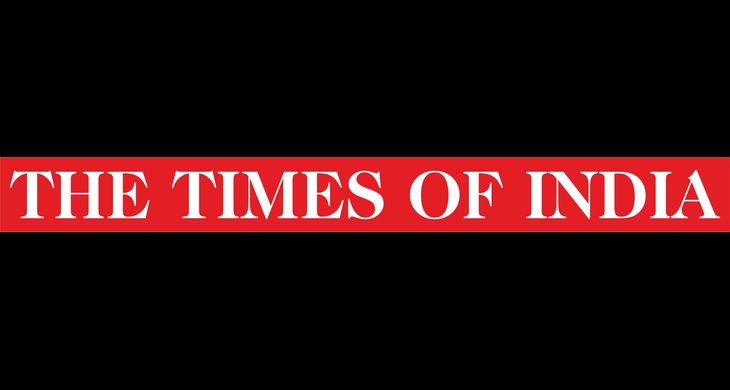