The jury meet for the fifth annual Prime Time Awards was held in Mumbai on Tuesday. A grand jury of 9 industry leaders led by Sameer Singh, CEO, South Asia, GroupM, held a day-long deliberation to choose the most deserving brands, creative agencies, media agencies, broadcasters who have been creating effective TV advertising in the industry and setting new gold standards in creative advertising and media strategies.

Laying down the basic judging criteria Singh said that the jury will attribute high weightage to sales outcomes of the campaigns and commercials. Adding to that, Prachi Mohapatra, CMO FBB, said that metrics such as impressions alone do not hold high value.

Having watched a number of campaigns across categories the jury came to the collective conclusion that prime time television advertising had outgrown the boundaries of typical 15 second TV commercials. Shailen Sohoni, Director of Marketing and Communication, Polycab, said that the lines between creative TV advertising and branded content had blurred.

Over the last few years, the broadcast industry has seen an influx of integration between content and brands including new models of IP creation in the case of shows like McDowell’s No 1 Yaari and the Lux Golden Rose Awards. Given that shows like these air during prime time there is a lot of ambiguity between creative and content, said Navin Kansal, chief creative officer, 21N78E. The jury further debated the nuanced difference between brand integration, branded content, and product placements.

The jury also deliberated on the packaging of the campaigns especially the ones in regional languages. Members of the jury were of the opinion that campaigns sent in for consideration at awards should have subtitles and the entrant must share the script of the ad. There was a very significant concern that campaigns in local languages lose out because a majority of the jury is unable to understand the creative to judge it satisfactorily. Keegan Pinto, Creative Head, FCB Ulka, said that much like case studies sent for international juries work submitted to Indian awards must also come with translations, subtitles, and scripts.

The Prime Time Awards will be announced on January 31 at ITC Maratha, Mumbai. 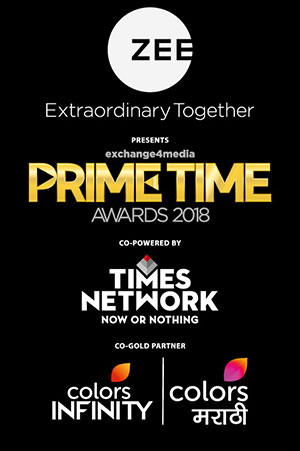 If anything, this crisis has put the spotlight back on trust: Nikhil Rungta
13 hours ago