Popkon Creatives got 7 silvers and 9 bronzes, Mathrubhumi one gold, 4 silvers and 5 bronze metals & Malayala Manorama bagged one gold in the illustration campaign category

The finest work in the world of advertising was awarded at the Pepper Awards held in Kochi on Friday. While Popkon Creatives was selected as Agency of the Year, Mathrubhumi was adjudged the Advertiser of the Year. Advertising stalwart and Madison World Chairman Sam Balsara was the Chief Guest of the 13th Pepper Awards ceremony, which was held at Le Meridien Convention Centre. 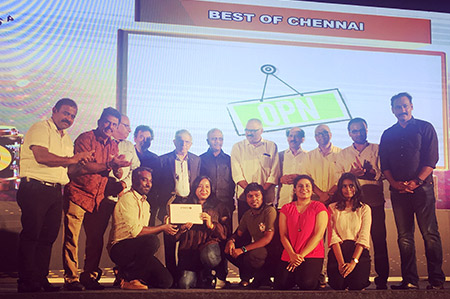 In the unpublished category, R. K. Swami won one gold and Mathrubhumi and Red Earth won one bronze each. OPN Advertising and Freeflow Ideas were selected as ‘Best of Chennai’ and ‘Best of Bengaluru’. These categories were introduced for the first time.

The award ceremony started off with a talk by Rajeev Raja, Founder of BrandMusiq and former National Creative Director of DDB Mudra. He spoke on the need to create Sonic Branding in the digital age and about musical logos created by BrandMusiq.