The travel e-commerce platform has tied up with more than 400 airlines and has been experiencing triple digit growth since the last five years, says Sanjay Bhasin, CEO

Sanjay Bhasin, CEO, Goibibo.com is a media veteran with 23 years of diverse experience in the industry. He has worked with some of the country’s reputed media giants in all spheres of the trade including print, television, the online space and new media. He has also been instrumental in the launch and development of various successful projects across segments.

As the CEO, Sanjay has played a pivotal role in the setting up and scaling of the company to its present-day success. On joining the Ibibo group in 2009, he set up the e-commerce site and spearheaded its growth.

Bhasin began his career with Bennett, Coleman and Co. Ltd in 1990. During his seven-year stint with the company, he made valuable contributions to the escalation of the business. He was a part of the launch team of Times FM and later the television division of the Times of India Group. He also overlooked sales rights for major TV events such as Femina Miss India, Filmfare Awards and popular international sports events.

In conversation with exchange4media, Bhasin spoke about the growth of online air ticketing, recently launched features and marketing strategies for the company and more...

Goibibo is celebrating 5th anniversary this year. How has the journey of e-ticketing been for Goibibo in India?

We started on a very small front as Goibibo from the Ibibo group, which in 2009 was involved with the gaming community and we were trying to build our first Indian social networking site. Slowly, we realised that Facebook would lead the race and there may not be scope for any other player to come in. So, quickly we moved out of that space, and since we had built a community of 5 million at that time we were looking for options to cater to that community. The first option that we claimed was e-commerce because it was an unfolding story at that time and travel was the predominant sector which was occupying close to about 90 per cent of e-commerce. So, it made sense for us to start with travel and the e-commerce part. We started slowly with bookings for domestic flights and till December 2012, we were concentrating only on this. Domestic at that point was occupying close to about 75 per cent of the business. Post 2013, we have become very aggressive across all the platforms and have been concentrating on international flight bookings and hotels. We also introduced our revolutionary goibibo mobile app in 2013 which is one of the top ranked mobile apps today and mobile bookings contributes significantly to our business.

You have associated with more than 400 airlines. What has been your strategy regarding this?

Goibibo.com now has more than 400 airlines and over 52,000 routes globally. It has added to its platform direct integration with prestigious international airlines like Tigerair, Fly Dubai, Air Asia and Air Arabia. These are amongst the most popular low cost airlines in the Middle East and South East Asian regions and this association will significantly help us increase international flight bookings in these sectors.

Our growth is continuing into triple digit since the last five years and this shows that we are moving towards the leadership path. Online air ticketing is growing about 10 to 12 per cent and the online hotels business is growing at about 35 to 40 per cent.

Please talk to us about your recently launched feature ‘Anywhere to anywhere flight bookings’ and also ‘Flight Advice’ feature.

The ‘Anywhere to Anywhere flight bookings’ feature enables its users to get the best available fares on all air tickets across international destinations on the site and not be limited to outbound or return flight tickets from India alone. Hence, it allows patrons to book flight tickets to and from any destination in the world.

Flight Advice is an intelligent search for the customers, which will help customers get instant results for their choices. For instance, the customer could look for the best price as per the timing of the flight or duration of the flight, since for international travel that is the key deciding factor. So all these algorithms were looked into and this came out really from what the customers were looking for. We always listen to what customers really want and then work on building features that cater to their demand.

What is the growth achieved after introducing this feature?

Since the launch of the new feature, Goibibo.com has seen a lot of traction as far as transactions for international flights go. Tickets between various destinations in the Middle East and South-East Asian regions have seen maximum growth since the activation of the service. We were addressing the student community and working population predominantly in Middle East and south East Asia. We have had 15 per cent growth in international business.

Your competitors already have a feature to rate a bus based on customer feedback. Would Goibibo rely on traveller-generated data to make flight advice an effective feature?

Yes that is one thing that our team is working on actively. Since it can’t be a me-too feature, in about two weeks' time we will come up with a first-of-its-kind feature.

What are your marketing strategies for attracting and retaining customers?

What we have always done differently from all our competitors is that we have listened to what our customers are asking for and tried to work on features that will be in demand in the market. First is active engagement by offering quick booking solutions, second is emotional connect – the trust and connect consumers find in us and third is rational – offering them competitive pricing and best deals.

First, is the speed with which customers can book tickets, which we call it as active engagement. Second is the pricing, which has to be correct and third, is the trust should be the best in the industry. We have zero level bounce coming in, so that’s where we are capable of attracting more customers as competitors bounce rate is somewhere around 15 per cent. Also we follow the culture within goibibo, which goes about with a single word ‘Done’.

What is the role of technology for Goibibo? How big is social for Goibibo.com?

Technology is priority and we pride ourselves in saying that our team whose average age is 26 to 27 years is creating it. It’s the obsession that we have towards technology and finally it is a technology platform that we are creating. Also, 40 per cent of the triple digit growth is coming from mobile and that’s just a year old. Mobile contribution is very high to the growth story that we have had and that’s where we see the future also. We also feel that the numbers would be climbing from 40 per cent to 65 per cent in just a few months' time.

We have 1.5 million people on our Facebook page and social is about how quickly one responds to the customers. We have done some activities via social such as photography contest where we asked people to share pictures of their memorable events and winners were taken on a sponsored trip for photography which was showcased on our FB platform. We have also had voting led campaigns and engaged with women traveller clubs.

Women entrepreneurs have started forming groups on holiday trips and social is about utilising their social graph by engaging with them and doubling our customers. For instance, after the trip they write about their journey and then that gets fed into the Goibibo community on FB. So we help them build their community and their community is what starts to add more customers for us.

According to industry reports, Goibibo is one of the top three online travel aggregator in India. What are your future plans and how do you intend to differentiate yourself from your competitor?

Our job is just to delight the buyers and sellers by creating a healthy liquidity of the things that they want to sell and buy. This is the core differentiator and that works on a marketplace model. So our focus is on fair display of inventory and availability in the market.

What is the overall growth for the online travel sector in India and what is your growth target for the year 2014 and 2015?
Airline industry is growing at about 12 to 15 per cent, hotels would be growing at about 40 to 50 per cent. By 2015, we should be the clear leader in the market.

The airline ticketing industry doesn't have a standard evaluation system to rate flights on consumer data. What is your take on this?

It is definitely something very crucial and is missing and we believe that anything, which pushes the supplier towards a better efficiency in serving a customer, will always go down a long way in building the industry. We also hope that one of our upcoming products can take onus of answering that question in the near future.

What is the media mix for Goibibo?

Online we spend 80 per cent and we get customers via Google and our site directly.  TV takes 10 per cent and the rest 10 per cent is for on ground initiatives. TV is more used as a corporate or a brand-building exercise. It doesn’t contribute much towards increase in traffic, it increases the engagement level of my existing users and there is visibility towards suppliers.

Travel e-commerce sites were the flag bearers of the e-commerce revolution in India. Where do you think they stand now?

Five years back travel industry was at 90 per cent and today it is 70-75 per cent. The stats that come from our sister concern company PayU, is that currently e-commerce industry is between 15 to 18 million. Credit card numbers is 18 million out of which 7 million are active, from debit card again 7 million people are active. 60 per cent is still on COD.

Two lessons you have learnt in your journey in the e-commerce industry?

First, technology is the king and the growth driver and second, customer is the king so you have to listen to the customer and answer them at that very moment. 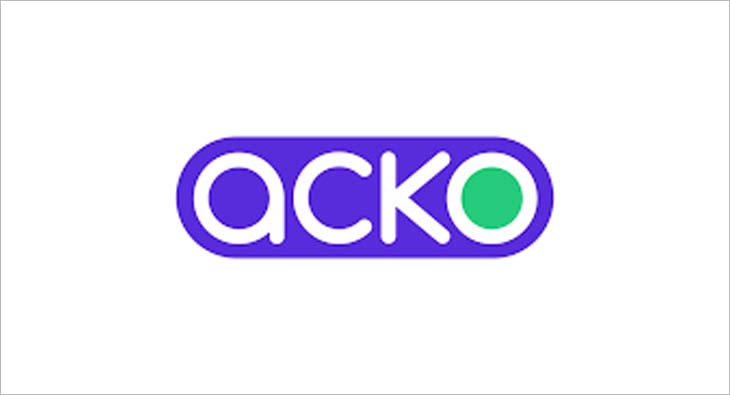