9XM On Stage with Salim and Sulaiman

The musical concert is a tribute to the Indian Armed Forces and their families; it will be held on January 23 in Mumbai

To celebrate the Republic Day week, 9XM, popular Bollywood music destination announces the launch of 9XM On Stage - a musical night created in honour of the Indian Armed Forces.

9XM On Stage with music composer duo Salim–Sulaiman will be held at the Army grounds, Colaba, Mumbai on January 23, 2019 at 6 pm. The musical concert is scheduled to be attended by more than three and a half thousand people all of whom belong to the Indian Armed Forces.
The concert will also see popular Bollywood singer Jonita Gandhi, singer Raj Pandit, Indian Idol winner Vipul Mehta and the famous Manganiars from Rajasthan, entertaining the audience.

Commenting on the musical concert, Punit Pandey, Chief Business Officer, 9X Media Pvt Ltd said, “At 9X Media we continue to deliver a SHAANDAAR experience to our viewers through our television screens. This has led our viewers to bookmark our channels as their favourite music destinations. Likewise, with 9XM On Stage we are set to bring the same experience on ground. 9XM On Stage will celebrate the best of Bollywood music through large scale live events. We are pleased to partner with the talented music composers Salim and Sulaiman Merchant. The concert is our tribute to the Indian Armed Forces who have been sacrificing their lives for our Nation. Through the concert, we plan to bring a smile on the faces of the Indian Armed Forces and their family members. We are sure that Salim-Sulaiman will enthral the audiences with their melodious and catchy numbers. Going forward, our patrons can look out for more grand musicals under 9XM On Stage.”

Speaking about the concert, Salim-Sulaiman said, “We are grateful to 9XM for bringing together such a musical night for the Indian Armed forces and their family members. Our Nation’s borders are safe because of our soldiers who undergo many hardships to provide us a safe and secure environment across our country. It is an honour to dedicate an evening of music and entertainment as a tribute and thanksgiving to armed forces and make it a night for everyone to remember.”

9XM has associated with SOL Productions to create an exclusive episode of 9XM On Stage with Salim Sulaiman concert. The hour-long episode will be aired on 9XM and 9X Jalwa around the second week of February.

Speaking of the special evening Brigadier Ashish Ahuja said, “We are pleased that 9XM has taken an initiative to honour the armed forces with such an extravagant show. It is a rare occasion where the Armed Forces personnel and their families can together watch a live Bollywood musical concert. We would also like to express our gratitude towards all the musicians who will be putting together such a splendid and extravagant evening for us. 9XM On Stage with Salim Sulaiman is a treat designed for the Armed forces and this will definitely resonate with the audience.”

Nykaa all set for $4 billion IPO
13 hours ago 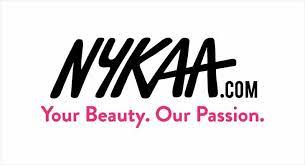 marketing Nykaa all set for $4 billion IPO
13 hours ago

marketing IDMA win a prestigious result of UltraTech's initiatives of the past year: Ajay Dang
20 hours ago