The social media influences and impacts the common public in myriad ways, and has turned out to be the first source of communication to the public in this digital age.

With over one million likes, Kerala Polices’ official page now holds the record for the most liked and followed police department Facebook page in India. The page has already outrun the Queensland and New York Police department pages.
Owing to this, tech giant Microsoft is conducting a study on the new age media interventions of the Kerala Police. The Bengaluru- based Microsoft Research Centre will be conducting the study on the distinctive ways in which the Kerala Police is using social media to interact and communicate with people.

The Police Mammans (Uncles) and their witty comments

The social media pages of the Kerala Police are handled by senior civil police officers namely Santhosh PS, Kamal Nath, Bimal VS, and Arun BT. They took in charge of the social media wing in the month of May last year and since then the FB page has garnered humongous likes and supports. The witty posts and comments by the team have helped the Kerala police to gain popularity among the public. The team was chosen after multiple levels of entrance tests. An online objective test which comprised questions on cyber law, policing knowledge, multimedia tools and a three-hour practical exam on poster designing, logical thinking, and blog posts were conducted for the candidates. The top five scorers of the test were chosen to handle the social media cell under ADGP Manoj Abraham (then the IG, Thiruvananthapuram Range).

Speaking to exchange4media, Santhosh PS said, “When we took in charge the official Facebook page had about 2.75K likes and initially we used to publish posts on social media awareness in a formal language. The response was poor and then we decided to change our tone so the concept of meme and elements of humour were added to it. The funny memes gained popularity among the public and we could strike an instant chord with the public.”

When the Twitter accounts of police departments in Mumbai and other European countries were popular, the team found that the best way to communicate with Keralites is through Facebook. The team uses popular Malayalam movie scenes to create memes.
“Cinema is a popular art form and in Kerala, it is admired a little more. One has to be familiar with the movie situation to understand the jokes we are posting,” said Santhosh. 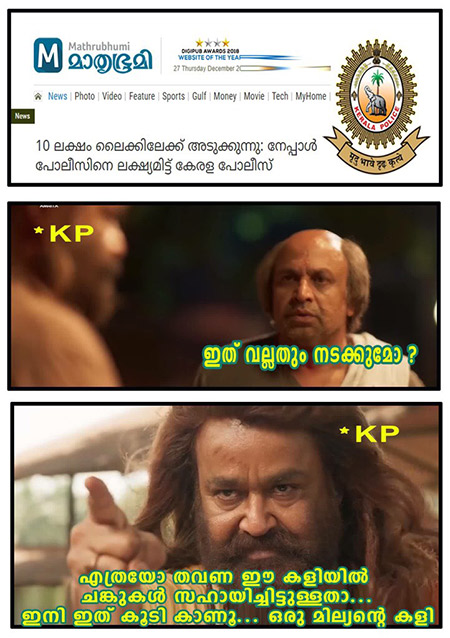 When the memes were getting popular, comments started pouring in the comments sections by addressing them as Police Mamman (Police Uncle). The team makes sure that most of the comments are replied to.

Their witty and sportive comments helped them garner more acceptance and love from the public. The one million plus likes within a span of seven months is a clear proof of ‘Police Uncles’ popularity. 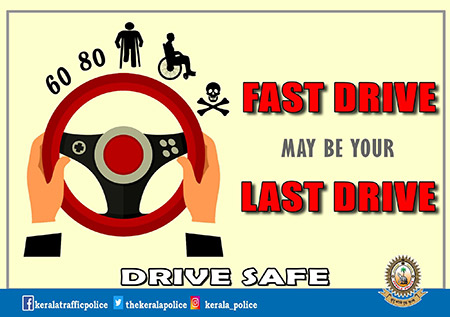 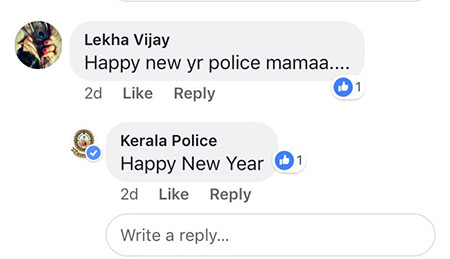 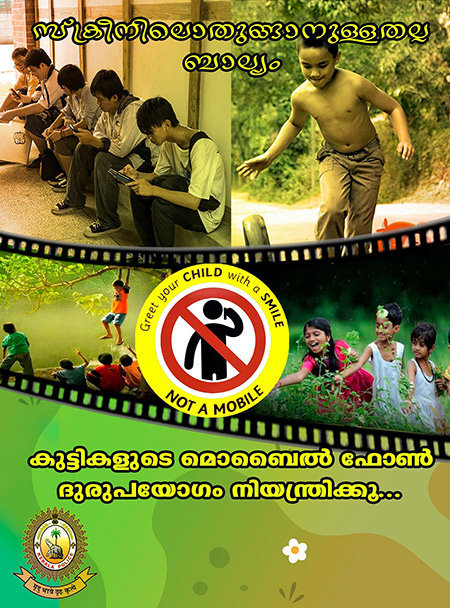 The team is also keen on curbing fake news that goes viral on social media. When there was an outbreak of Nipah Virus in Kerala, the social media pages were used by the team to educate and create awareness among the people. When fake news about the virus outbreak did the rounds, the team instantly posted explaining the facts and truths.

The social media cell was also active in passing the information to the concerned team during Kerala Floods. “We received about 15,000 messages during the time of Flood asking for help. We forwarded it to the rescue and other concerned teams. The platform was also used to pass information about the relief camps, food availability, and also about rescue operations,” added Santhosh.

The fake news that spread during Sabarimala issue was also addressed by the team. The team also posts videos on traffic awareness, online and OTP frauds, online privacy etc. They also take time to appreciate their co-workers who do exceptional works. The video of a policeman named Ranjit Kumar running before the ambulance to clear traffic has gone viral and a post appreciating him has been posted by the team.

The team is constantly updating their knowledge on social media trends and other general issues. “We are well aware of the emerging trends and closely observe the current issue. This is to be on par with public and the issues emerging with time. We have done awareness posts on the Kiki Challenge (a challenge in which people are jumping out of cars to break into a dance), the TikTok challenges, online frauds, etc. Apart from that, we also inform people on new government plans through our posts,” said Santhosh.

The Social Media cell has extended their efforts in producing short films too. Recently they have released a short film named ‘Viral’ starring actor Prithivaraj on protecting privacy on the internet. Two more short films will be released in the coming weeks.

The team receives about 1000+ messages daily requesting for legal help and inquiries on different issues. “We receive messages enquiring about the process of passport verification, online frauds etc. Most of the inquiries are about the Motor Vehicle and we coordinate with other departments before giving answers to the queries. We have a response rate of 99 per cent,” said Santhosh.

Speaking about the future plans of the social media cell, Santhosh said, “The Kerala Police social media should have maximum reach among the public. This will help us in serving the people better as the public find it easy to communicate through social media pages. We were able to remove the fear factor and misunderstandings the commoners have about the Kerala police.

Registration is not needed for digital news platforms under IT Rules, says Anurag Thakur
2 hours ago

BCCI to get new CEO in coming months
2 minutes ago 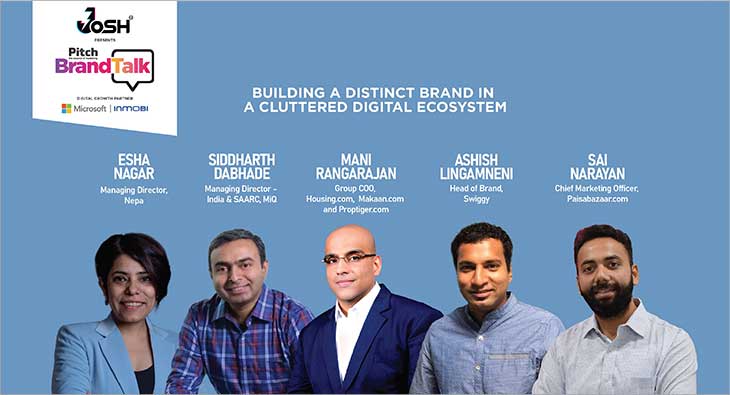 digital 'Data-driven marketing, mapping macro trends is the need of the hour'
1 hour ago

digital Registration is not needed for digital news platforms under IT Rules, says Anurag Thakur
2 hours ago