A day after TV 18 Broadcast Ltd announced its PAT (profit after tax) of INR 104 crores owing to 11 per cent growth in its advertising revenue, B. Sai Kumar resigned from his position as Group CEO. Precisely a day after RIL’s decision to invest Rs 4,000 crore in its “Independent Media Trust” to buy controlling stake TV18, series of top management people began putting their papers starting with its Group COO Ajay Chacko. The biggest surprise was when its founder & promoter – Raghav Bahl - submitted his resignation!

Even while Bahl “welcomed” Mukesh Ambani and Reliance Industries Limited (RIL) as “potential owners of Network18” and wanted his team to believe that the “Group is in terrific hands” speculation that Rajdeep Sardesai and Sagarika Gosh too are planning to leave the company had already gathered a significant momentum.

Given this many across the industry segments have begun to question the very decision of Ambani led RIL. To answer this question it’s imperative to look into history of this company under, then, leadership of late Dhirubhai Ambani.

As everyone knows RIL is a behemoth built by late Dhirubhai Ambani using a maze of companies and their subsidiaries through a cocktail of mergers and demergers through utilizing shares, debentures, bonuses and every possible trick in the accounting books.

The only known interest of the Ambanis in the mainstream media before the current TV18 deal was when they bought Bombay based business weekly called “Commerce” and turned it into the daily “Business & Political Observer” (BPO) to match the weekly offering “The Sunday Observer” which they had acquired from Jaico Publishing. It was launched under the editorial leadership of Prem Shamkar Jha and was very much untypical like conventional reliance projects.  Interestingly BPO was the first to float the idea of a “pink business paper” on the lines of Financial Times of London. In its 10 year stint the newspaper had some stalwarts from world of journalism as staffers.

Even though BPO was effectively shut a decade later it important to know the rationale that made Ambanis to make this move.
Ambanis evidently ventured into publishing to set a bulwark to Ramnath Goenka’s (popularly known as RNG) headed The Indian Express Group which then ran a series of expose against the Ambanis causing way too many issues.

In the coming days The Indian Express, a broadsheet daily published by RNG, carried a series of articles against RIL and Dhirubhai in particular. They claimed that Dhirubhai was using “unfair trade practices” to maximize profits. Instead of engaging his staff at the Indian Express, RNG chose his close confidante and advisor who was also a chartered account – S. Gurumurthy – for this task. Gurumurthy was given support of Maneck Davar who too wasn’t on the rolls of Indian Express.  Jamnadas Moorjani, a businessman who staunchly opposed Ambanis too is believed to have joined this team.

Both, Ambani and Goenka were criticized and admired by sections of society. While some criticized Goenka for using a national newspaper for the cause of personal enmity others believe that there were many other businessmen in the country who were using more unfair and unethical practices but Goenka chose to target only Ambani and not the others. There were of course a good number of people who admired Goenka for his ability to run these articles without any help from his regular staff. Yet, Dhirubhai Ambani was getting more recognition and admiration in the meantime. A section of the public started to appreciate Dhirubhai’s business sense and his ability to tame the system according to his whims and fancies. Yet to put his critics at his receiving end by sharing his part of the story he heeded to the advice and invested in BPO.

The action was on. This war between Ambani and Goenka came to an end only after Dhirubhai Ambani suffered a stroke. When the patriarch of Reliance Industries was recovering in US and his sons Mukesh Ambani and Anil Ambani were managing the affairs The Indian Express had turned its guns away from Reliance and had begun blaming the government for not doing enough to penalize Reliance.

This ended the direct standoff between Ambanis and Goenka as the war was now clearly between Goenka and Govt. of India. It was a national crisis. It is alleged that Gurumurthy and another journalist, Mulgaonkar, consorted with President Giani Zail Singh and ghost-wrote a hostile letter to the Prime Minister on his behalf.  The Indian Express published a draft of the President’s letter as a scoop not realising that Zail Singh had made changes to the letter before sending it to Rajiv Gandhi. Ambani had won the battle at this point thereby nullifying the need for OBP which was closed not before suffering huge losses.

If I am to believe words of my late mentor Mr. T. Ramesh U Pai, late Chairman of the Manipal Group who was also a close aide of Late Dhirubhai Ambani and Director, until his death, on Board of Reliance Industries Limited “the family had made a good promise not to invest in media directly, thereafter.” They have held on to this promise until recently.

Now coming to the decision as to whether or not taking over the TV18 was by anyway a wise decision one has to only ask if Ambanis or Reliance Industries Limited at large face any such problems like it did from The Indian Express, then. Definitely not!

Also, when there were rumours looming on the Ambani family of its scion’s involvement in the accident many of the national media were absolutely indifferent. The same was the case of Ambani’s significant financial support to Narendra Modi during his electoral campaigns.

There’s a famous American saying “If it’s not broken – don’t fix it.” Media is always insignificant avenue for growth for a mammoth business conglomerate like that of RIL. Provided their “questionable past” it’s obvious that the credibility of their publication will always be questioned. Also, not to forget is the challenge this RIL’s media foray would cost to other media organizations. The competition may as well cost a significant loss of trust and goodwill earned by Ambanis over the years.

Also, last but not the least, investment in TV18 is hardly a decent investment going by the company’s dismal financial performance. Considering the amount of court cases against the company, more than large mouthful investments, and diving share prices coupled rocketing debts TV18 is far from a lucrative investment. Yet, what Ambani owned RIL sees in it is big question.

Will brands make good on their gender inclusivity promise?
1 day ago

Aug saw highest number of active advertisers and brands for 2021: BARC
20 hours ago 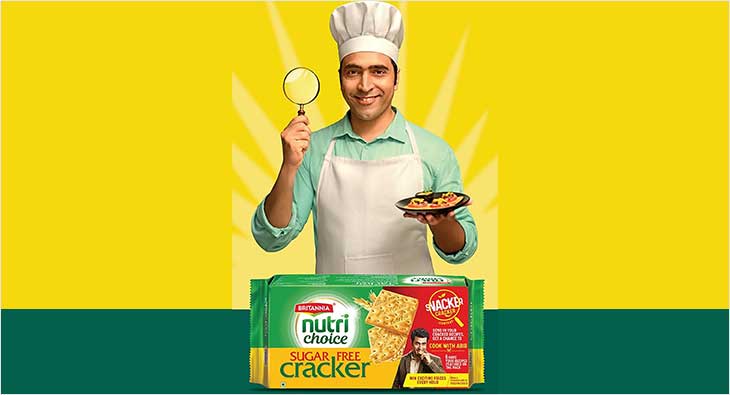 advertising Will brands make good on their gender inclusivity promise?
1 day ago