In a quirky new ad film shot at home during the lockdown, José Covaco relives the excitement of a movie premiere. The line-up includes Hollywood blockbusters like Jumanji: The Next Level

Amid the current lockdown with limited out-door entertainment choices, there are certain experiences that we surely reminisce - one such being the First Day First Show feeling. For the ultimate Hollywood buffs, there’s something truly exhilarating about anticipating your favourite blockbusters and witnessing it first, before anyone else! The good news is that not every exciting experience needs to come to a halt in the new normal. In &flix’s latest film shot at home featuring ace stand-up comedian José Covaco, the channel delights viewers with the First Day First Show feeling at home, even before America.
Unveiling this striking campaign shot at home, &flix captures the immersive experience for Hollywood buffs who are missing the cherished First Day First Show feeling at home. The film depicts a series of everyday relatable scenarios with a quirky twist and the absolute ecstasy of witnessing the First Day First Show of the most-awaited Hollywood blockbusters at home. The video opens with José waking up to a neatly pressed outfit by his bedside. As he makes his way to his kitchen, he opens the microwave to find a ready bowl brimming with popcorn. “Something special is happening or what?” exclaims José as he receives a premiere ticket by &flix for an exclusive First Day First Show. The video culminates into José settling for the cinematic extravaganza as he gears up for the Flix First Premiere on &flix.
With its marquee property #FlixFirstBeforeAmerica, &flix truly empowers its viewers to experience Hollywood like never before with back-to-back premieres of the biggest blockbusters such as Spider-Man: Far From Home, MIB: International and Once Upon A Time In… Hollywood among others. Through this disruptive offering, the channel reduces the wait for Hollywood’s top-rated movies to premiere on television by almost half, bringing fans closer to their favourite Hollywood heroes on television, even before America! With back-to-back premieres of Jumanji: The Next Level, Bad Boys For Life and Fantasy Island slated to air between June to August, the channel truly takes the First Day First Show experience to the next level with viewers witnessing Hollywood’s biggest heroes in action, in the language of their choice.
Commenting on the same, Kartik Mahadev, Business Head, Premium Cluster, ZEEL said, “The long wait for Hollywood movies from their theatrical release to premiere on television stood out as a consumer challenge in the English movies genre that we wanted to address. It brings us great joy to have crunched the waiting period for movie premieres on TV by nearly half, thus ensuring movie enthusiasts witness the biggest Hollywood premieres within months from release. This new campaign brings an exciting line up of premieres as an extension to the #FlixFirstBeforeAmerica campaign that was launched with the World Television Premiere of MIB: International. We are thrilled for the movie fans to be able to watch these movies in current times where we haven’t seen a big movie release in a few months.
Today, with limited out-of-home entertainment avenues, people are truly craving a big adventure movie experience. This became the central idea in this fun new campaign film, to bring to life the anticipation and excitement of a First Day First Show from the comfort of your home. It was fantastic collaborating with José Covaco on this campaign, as he so effortlessly took on the task of shooting the film himself at his home.”
Speaking about the film, Aaditya Vazé, Content Director, Flux @ The Glitch said, “Our collective current circumstances made us question whether we would be able to pull it off and do justice in our endeavour to bring smiles on the faces of viewers. But when a bunch of heads sit together and are really driven and united to make something happen, such challenges become mere puzzles that we absolutely love solving. From writing brainstorms to tech recces, every piece of the puzzle evolved along the way, with technology becoming our framework.
Shout out to José for adding the laughers both on and off screen, without which this would not have been such a memorable feat. He not only kept the idea alive but also lent his own unique lens to this tricky self-shot asset. This film is particularly special because it touches upon the feeling of missing out these experiences during the current lockdown, while reminding us that some things will always be a constant.”
The campaign is running across TV and digital. 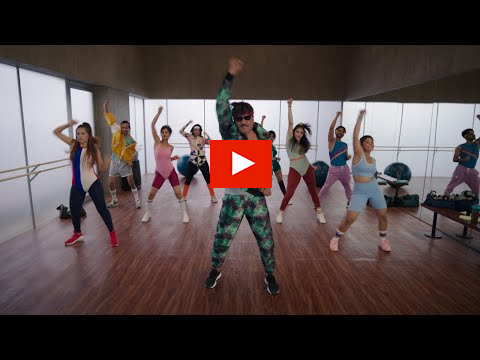 advertising Anil was uncompromising when it came to the interests of the industry: Ramesh Narayan
11 hours ago

advertising 'People like Anil Kapoor are large – at heart and in spirit, and his legacy shall live on'
1 day ago