This is Bajpai’s third stint with Aaj Tak. He took charge as Executive Editor of the news channel from January 19, 2013

Punya Prasun Bajpai has rejoined Aaj Tak. He took charge as Executive Editor of Aaj Tak from January 19, 2013. In the days before this move, news was doing the rounds of media circles that Bajpai could be joining India News.

This is Bajpai’s third stint with Aaj Tak.

Bajpai has more than 20 years’ experience in the media industry. He had earlier joined Zee News in 2008 as Consulting Editor. He was also with Sahara Samay as Editor-in-Chief. He has also worked with NDTV in his long career. Bajpai was conferred the Ramnath Goenka Award for Excellence in Journalism in 2005. 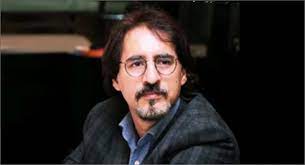