We are constantly obsessing about the reader: Rajiv Lochan, MD & CEO, The Hindu Group

As The Hindu turns 140, Lochan tells us about how the daily has not only survived but also thrived all these years by balancing the old with the new

The launch of The Hindu newspaper on September 20, 1878 was indeed a turning point in the history of Indian journalism. It was started with an aim to support the campaign of Sir T Muthuswamy Iyer for a judgeship at the Madras High Court and to oppose and counter the propaganda against him by the British Press. The then eight-page weekly was published by six individuals - four law students and two teachers - T. Rangacharya, P. V. Rangacharya, D. Kesava Rao Pantulu and N. Subba Rao Pantulu, led by G. Subramania Iyer and M. Veeraraghavacharyar. The newspaper’s ideology was rooted in fervent patriotism and commitment towards the common public. The Hindu was one among the many newspapers launched during the freedom movement period, but today it is one which withstood the course of time and evolution in print media, unlike its contemporaries. The edits, articles and op-ed columns published in the newspaper over these 140 years became referral materials. The campaigns launched by The Hindu focused on raising awareness among people.

As The Hindu celebrates 140 glorious years of being in the business, exchange4media spoke with Rajiv Lochan, Managing Director & CEO, The Hindu Group, on the group’s journey over the years, campaigns run by the group and the road map ahead. Excerpts:

The Hindu @140, how has the journey been so far?
It is a rare privilege that readers have reposed their trust in us over the past 140 years. From an initial print run of 80 copies in 1878 to nearly 16 lakhs certified copies in circulation every day and a readership of almost 60 lakhs across the country, the journey has been filled with highs and lows. Perhaps what is most gratifying is that our sense of purpose and duty to our readers has allowed us to withstand the challenges that have come our way. As we turn 140, we recommit to our readers and resolve to work hard to retain their trust.

Unlike its contemporaries when the newspaper first went to print, The Hindu lasted the course. What are the factors you attribute this growth to?
The Hindu has always focused on its sense of purpose and duty as the primary reason-to-be and focused on honing our strengths – credible and high quality journalism, unmatched technical excellence, a focus to deliver value to advertisers and a commitment to working with all our stakeholders fairly. 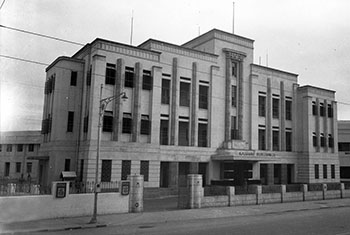 We are constantly obsessing about the reader. Our founders started the newspaper with the objective of “giving voice to the natives” and we have stayed true to that mission over the past 140 years. We have also been clear over the years that the viability of the newspaper depends both on our readers’ loyalty and our ability to deliver value to advertisers. Our code of editorial and business values ensure that we consistently serve our readers and advertisers with their interest at the core of our mission.

What are strategies followed by The Hindu in these 140 years to understand and analyse the need of the readers?

The Hindu has always sought to serve its readers based on their needs – whether it was using an aircraft to deliver newspapers to the neighbouring Southern states in the 1960s to introducing pioneering technological innovation to substantially enhance the experience of our readers to reinventing the content and design every 10-15 years. This is the only media house in the country with a Readers’ Editor, who has the mandate to be informed about and relay the readers’ perspective, regardless of the editorial stand. A unique 1-800 number is published daily inviting feedback from readers - from content to delivery. The Editor meets with readers in interactive forums across the country to get insights into what their changing needs are. The website and apps have been designed keeping in mind reader experience, winning laurels at WAN IFRA’s Digital Media Awards. In the last two years, a Reader Intelligence Unit has helped gather consumer insights on their needs beyond news/information to shopping patterns, digital usage, and brand preferences, which is providing advertisers with valuable insights on tailoring their value propositions to various reader categories (across demographics, geographies, etc.).

These were indeed memorable campaigns! Behave was the voice of the youth with a hard-hitting message to the country’s political class, while #SundayIsForReading encouraged people of all ages to spend quality time reading. Another campaign that still gets an instant connect with a range of audiences (readers and non-readers) is Stay Ahead of the Times – every situation and copy in that series was a hit because it was extremely relatable.

The Hindu has always been focused on raising awareness and instigating action on civic and social issues. A Bengaluru-focused campaign in 2017 called Spirit of Bengaluru had an emotion-stirring song by the Kannada artist Raghu Dixit showing the two sides of the city, the evergreen paradise interrupted by the bustling woes of traffic and garbage, using a mobile auto-rotate innovation.

At a time when many are questioning the purpose and value of the printed word, The Hindu ran a campaign #FortheLoveofPrint as its salute to the passion and diligence of the different people who come together every single day to curate, print and deliver the newspaper. The Hindu, as a newspaper of record for 140 years, has never been known to shy away from putting to print both great and small moments of history. #FortheLoveofPrint explores the underlying commitment and emotion that got them started and continues to exist today, endearing this newspaper with its readers.

The most recent Get South Smart with The Hindu campaign showcases the newspaper’s understanding of its readers. As the most read English newspaper in South India, The Hindu has been studying the purchase preferences as well as behaviours of its readers through its Reader Intelligence Unit, and is now helping advertisers fine-tune their campaigns for more effective reach and returns across South India.

What are the key focus areas and goals for the next decade?

The news consumers’ requirements, preferences and behaviours are evolving rapidly in today’s age of information overload. Increasingly readers are seeking trusted news sources for perspectives and analyses (less so for breaking news) on the go, in quickly digestible formats – willingness to pay for content that is relevant to their needs is also developing. We believe that the future in the digital space is through a smart balance of advertising, subscription and commerce revenues and we are experimenting extensively with products, pricing models and consumer acquisition.

The Southern states are growing 30% faster than other states in GDP terms, consumers in the South are better educated, better informed and more importantly consume more news than their fellow citizens around the country. Not surprisingly, we are seeing increasing advertiser appetite to connect emotionally with the South Indian consumer in order to position their brands for growth. Insights from our Reader Intelligence Unit on consumer preferences for e-commerce, FMCG product consumption, durables purchase considerations are helping advertisers understand the drivers of purchase to skew their media planning and communications for better outcomes. The Hindu Group’s combined assets, beyond the English newspaper, including vernacular publications, 500+ curated events, access to 3000+ schools and 1000+ colleges across the country, a vast vendor delivery network, unparalleled digital and social media reach and engagement have helped in reaching and connecting with the relevant target segments through holistic solutions to the brands’ challenges in the South Indian markets.

Our goal is to serve both readers and advertisers with the same devotion and purpose as we have for the past 140 years through our continued commitment to the profession of journalism, while smartly connecting audience with brands.