The first anniversary celebrated the milestone of 80+ million views, over 1 million subscriber base and 414.8 million minutes of content viewing of its 4 originals

The Zoom Studios, the original content arm of Zoom announced the successful completion of its first year and with it sets a new benchmark in storytelling with powerful and real-life narratives aiming a 100% growth over the next year. The Zoom Studios also announced its plans of 6 new originals for FY 19-20, targeting 200% increase in subscriber base.

The first anniversary celebrated the milestone of a whopping 80+ million views, over 1 Million subscriber base and 414.8 million minutes of content viewing of its 4 originals, which is a testament of the strong narrative and high performances. The Studios has successfully positioned itself as the favourite content destinations amongst viewers across the country.

Continuing with its promise to offer relatable stories that are brought to life with strong narratives and power packed performances, The Zoom Studios will launch 6 new originals in the coming year, starting with ‘Holiday’. The original is a rollercoaster journey of 4 friends and their crazy holiday in Bali.  Ascertaining its status as a premium entertainment content company, The Zoom Studios will also expand its content dominance by teaming up with digital platforms to create original shows. 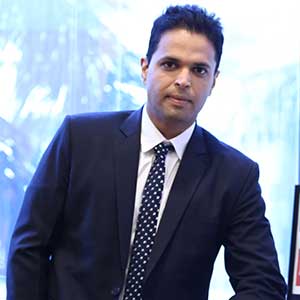 Speaking on completing a successful first year, Nikhil Gandhi, President - Revenue, Times Network, said: “We've had a great year and I’m really proud of the journey that has consistently delivered the promise of offering real, conversational and engaging content through the narratives presented so far We are encouraged by the overwhelming response from the viewers that has only reinforced our commitment to bring forth stronger narratives in our upcoming shows. We truly believe that there is a storm brewing in the content industry right now and we are delighted to be at the centre of it!”

The Zoom Studios 4 originals won appreciation and recognition all year round. The maiden show ‘The Reunion… Jab They Met Again’ marked the directorial debut of Karishma Kohli and featured popular faces on television including Sapna Pabbi, Anuj Sachdeva, Veer Rajwant and Shreya Dhanwanthary. With its cinematic-like narrative, the show captivated the viewers as well as Bollywood celebrities including Salman Khan and Katrina Kaif’s appreciation. The second show ‘Ready 2 Mingle’ starring Ahaana Kumra and Amol Parashar immediately struck a chord with the audience for its young, fresh, quirky take on modern-day relationships.

Encouraging and nurturing new talent, The Zoom Studio’s third show, ‘Imperfect’ marked the directorial debut of India’s first female director duo, Vidhi Gulati and Ruchi Joshi and uncovered the very talented Samridhi Dewan. Produced by Anand Tiwari and Amritpal Singh Bindra, Imperfect with its unconventional and humorous storytelling & treatment explored a fresh take on the concept of perfection. Reiterating success, the fourth show ‘Mom & Co.’ marked the digital debut of veteran actor Neliima Azeem. Depicting the nuances of a mother-son relationship, the show resonated with viewers across age groups bringing them together on this universal emotion. The powerful narrative of the show also inspired celebrities including Saqib Saleem, Aparshakti Khurana, and Terrence Lewis to pen an emotional letter to their mother.

The Week prints from one more centre - Chennai
6 hours ago

Amul has been able to keep it going despite COVID-19 challenges: R S Sodhi
1 day ago

Bhupendra Chaubey moves on from CNN-News18
16 hours ago

Bhupendra Chaubey moves on from CNN-News18
1 day ago

Amul has been able to keep it going despite COVID-19 challenges: R S Sodhi
2 days ago