On creative and marketing miracles

While miracles in marketing may seem a bit far-fetched, there is a science behind it, as was shared by Andrew Robertson, President &amp; CEO, BBDO Worldwide Inc and Dr Prasad A Naik, Professor of Marketing and former Chancellor, University of California Davis at the World Marketing Congress.

The two-day World Marketing Congress, organised by the All India Management Association (AIMA) got underway in the Capital on February 4, 2011. The Congress has an interesting theme this year – ‘Expect miracles, everyday!’.

Creativity: Leveraged Selling
The session on ‘Creativity: Leveraged Selling’ dwelt on how creativity could be used to leverage sales exponentially. The session was chaired by Arun Duggal, Chairman, Sriram Capital. Speaking at the session, Andrew Robertson, President & CEO, BBDO Worldwide Inc, mentioned that he had heard “extreme figures’ being claimed in media buying. “For media planning, the leverage could be as high as 500 per cent. However, creative leverage could reach an exponential figure of 4000 per cent over the average. The very number shows the efficacy and value of creativity,” he stressed.

According to Robertson, today media was being consumed in many forms and in various mediums, and one of the most important things was to earn the audience’s time. Therefore, creativity was “the magical ability to engage the attention of the audience”, he added.

He went on to the cite the examples of two Cadbury Dairy Milk ads to reiterate how even without saying anything about the product per se, the message about the product could be delivered to the audience with creativity, subtlety and finesse. The advertisement was 171 per cent more effective than any other commercial made for the brand and also gained revenues at a rate of 4.8 pound for every pound spent, he maintained.

Further, Robertson also mentioned the V Pocket Rocket and AT&T creative ads, which had aided in a surge in sales. “The value of creativity is also that the messaging can always be optimised. What creativity can create is truly miraculous,” he concluded.

Science behind Marketing Miracle
The following session sought to demonstrate how miracles were possible in marketing; all it took was careful studies and research – a purely scientific effort. The speaker of this session was Dr Prasad A Naik, Professor of Marketing and former Chancellor, University of California Davis. Naik has conducted several researches to understand better how the market functions and what are the key to increasing sales and revenues. The session was chaired by Lloyd Mathias, President (Corporate Monitoring), Tata Teleservices Ltd.

Stressing on the importance of synergy, Dr Naik noted, “Synergy is often a misused word as people are unable to quantify the amount of synergy. But there are means and methods to quantify synergy, which will enable growth in business.” He added that it was important to quantify synergy and then study its impact on budget and allocation.

Continuing on the topic, he said that the classical approach was multi-media synergy, and thereafter came cross-media synergy. Dr Naik gave the case study of Dockers, whereby in his studies he had attempted to measure synergy. A series of experiments later, they were able to predict the highs, the lows and the curves in the graphs for the brand accurately.

He added that if there was synergy, one needed to increase the budget to maximise profits. Also, inverse allocation is important to various mediums and one has to spend optimally in regions. One has to allocate more than a fair share to the less effective medium for best results. Marketing synergies exist empirically and can be estimated using market data. Dr Naik gave several examples and data to drive home his point on how miracles in marketing were a possibility.

‘Krunch Khao, Punch Dikhao' campaign is not about violence but self-defence’
6 hours ago

Unacademy ropes in Sachin Tendulkar as brand ambassador
1 day ago

N S Easwaran moves on from Vikatan
26 minutes ago

Gaming industry to come together for 'e4m Game ON - Online Gaming Summit' on March 18, 19
6 hours ago 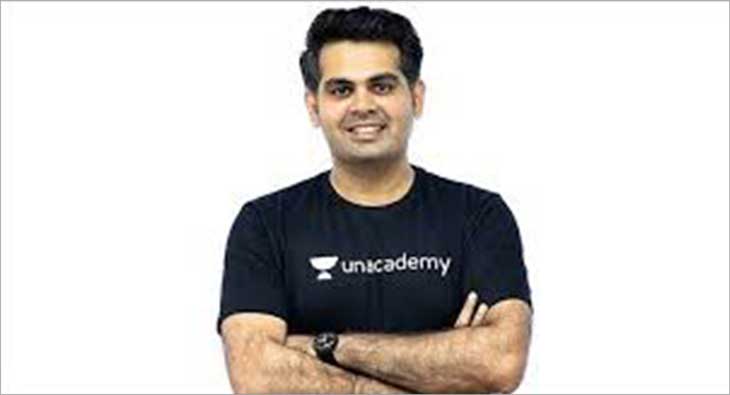 marketing ‘Krunch Khao, Punch Dikhao' campaign is not about violence but self-defence’
6 hours ago