Premiering on April 1st, Thari airs at 7:00 PM, and Malar at 7:30 PM, from Monday to Friday on Colors Tamil

Strong, resilient women come in many forms. Tamil Nadu is a powerhouse of talented, strong women who challenge the mindset of society every day. The state’s youngest GEC, Colors Tamil in its one year journey has celebrated and showcased the willpower of women through gripping narration and strong female protagonists.

Keeping in line with this motto, Colors Tamil today announced the launch of two new striking shows – Thari and Malar that is set to mirror the spirit of strong women from the state. Offering viewers varied entertainment, the two new shows promise intriguing, never seen before storyline.

Capturing the struggles of handloom industry in Kanchipuram, Thari narrates the story of one girl’s journey towards the revival of fading traditional weaving technique and Malar is a romantic-thriller that chronicles the emotions of a girl whose ominous past comes to haunt her as soon as she gets married. Narrated through the eyes of two strong female protagonists, the shows are set to premiere on 1st April 2019, during its prime-time slot 7:00 PM to 8:00 PM, from Monday to Friday only on COLORS Tamil. 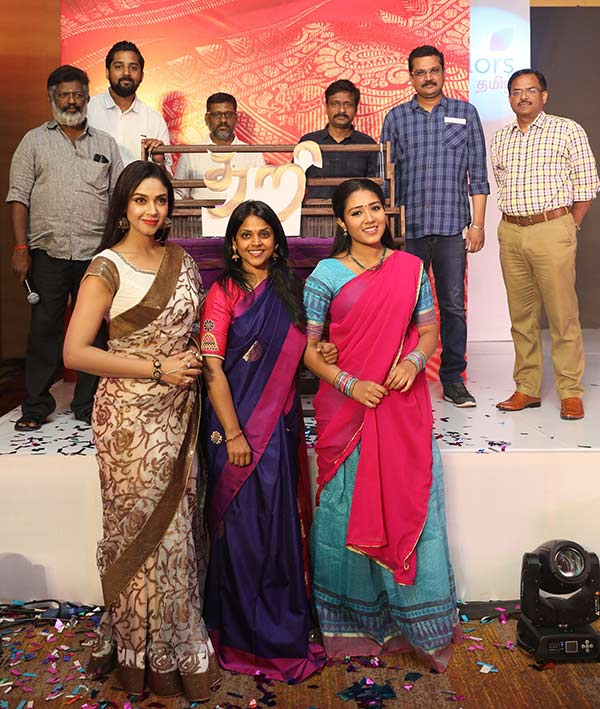 Commenting on the new launch, Anup Chandrasekharan, Business Head – Colors Tamil, said “We have kick-started 2019 with great enthusiasm and an exciting line up of content on the fiction and non-fiction front. When we began our journey in Tamil Nadu, we wanted to celebrate women’s unparalleled strength to move mountains through all our fiction shows. We have captured each of the challenges new age women face as they progress in life through our characters in Perazhagi, Sivagami, Vandhal Sridevi and many more. Today we are witnessing another two powerful women joining our family and it gives us great pride to continue our journey of delivering differentiated, powerful content. The tales are visually compelling and are packed with social messages making it appealing for the viewers.”

Bringing to television screens for the first time, COLORS Tamil is set to showcase the legacy of Kanchipuram – the land of golden threads through its new show Thari. Narrated through the eyes of young Annam (played by Srinithi), the show will take the audience on a journey through the struggles of an ailing weaver family and their battle to revive the fading art of traditional weaving. A true representation of artisans’ life and challenges, Thari is embellished with a strong cast comprising of Sabari, Mu. Ramasamy, Fareena, Angana and many more.

“Kanchipuram is a thriving land of silk that has valued and nurtured the art of weaving for many years now. The legacy of this city has been entirely built by the generation of weavers who have worked day and night to create masterpieces that have won global recognition for the state,” said Sakthivel, Director – Thari. Adding to this, he said “Through the journey of Thari, backed by a talented cast we have captured the true essence of the city, the weaver community, and their challenges. We are confident that through the show’s narration we will bring back the attention on the art of weaving and also play a catalytic role in building awareness about preserving the traditional weaving techniques.” 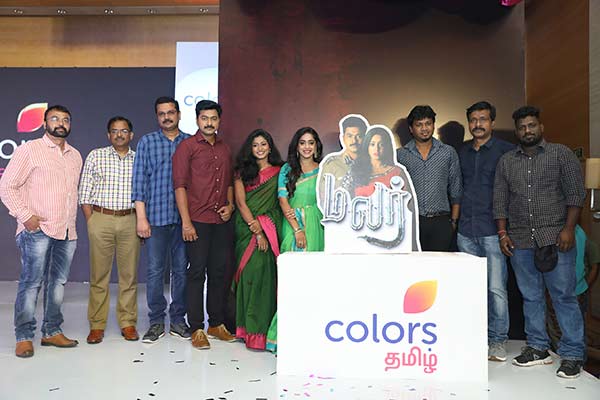 Set to present viewers an extraordinary tale of romance-thriller, COLORS Tamil brings to Tamil television screen a captivating new show Malar that showcases conflicting emotions of newlyweds Malar (played by Nayana Shetty) and Kadhir (played by Arun Padmanabhan) as they begin their life on a mysterious note. With Kadhir learning more about his wife every day, the show journeys through Malar’s attempts at protecting herself from being handcuffed by her husband. The compelling tale of mystery and love is backed by a strong cast comprising of Santhosh, Vaishnavi, Geetha and many more.

Commenting on the launch of Malar, Jai Amar Singh, Director – Malar said “It is quite an exciting experience to present romantic-thriller show tailor-made for the Tamil speaking audience across the globe. Malar is a show that narrates the conflict of human emotions beautifully weaved into the everyday life of a couple. We are confident that the show, with its packed storyline and talented cast, will be an instant hit among the audience. The excitement and mystery are sure to keep the audience at the edge of their seats from its pilot episode.”

This World No Tobacco Day, MTV and MTV Beats say 'It’s time to quit!'
14 hours ago

Will Facebook ‘Shops’ give smaller stores a new dimension?
23 hours ago

e4m e-Content Jam today: Experts to speak on Content Marketing during the pandemic
3 days ago