NEWSNEXT 2021 Conference: How much should algorithms control the newsrooms?

We often get carried away by the number of likes and shares or the trending nature of a story. Should that be enough for newsrooms to narrow down on a news story? How can newsrooms secure their originality in such a content environment? At the 13th edition of exchange4media news broadcasting awards (enba) and NewsNext Conference 2021, a power-packed panel shared their opinions on the topic - “How much should algorithms control the newsrooms?”

Commencing the session, Nangia remarked, “Today's topic is pretty interesting and close to my heart that whether likes and in a sense the story’s popularity should be the sole denominator to choose the story and for news channels to go ahead and go to town with it. This is especially more relevant as I see it in the past three or four years, when the popularity of content has virtually decided whether it should be taken to town by channels. And when policy journalists like us point out that why is this, why is that, we are shown that the bottom line is more important than any other line, even in channels and I think we must all agree to that at some point, when the economic environment is not as conducive, economics does rules over a lot of other decisions. Since, we are all from the content side we can be frank about it.”

Narayan opined that there’s nothing wrong with speaking about the things that are trending on social media. He shared, “We are in the business of news and if social media is making news then what's wrong with it? Even that it is in public space and is being spoken about if it is trending, why not speak about the things that are trending, you can find out whether it's right or wrong later, but as an agent of news and a person who's involved in the news business, who makes his bread and butter out of the news, I don't think there is anything bad in taking a topic, which is part of a social media network and is being spoken about, I don't think it's intellectually inferior and there’s nothing wrong in taking that in debating, but of course, there are several filters that as a news network and as a mainstream media that we have to be aware of.”

Elaborating on algorithms and how YouTube news and opinions have become popular, Mitra explains, “For me, it's very clear. How does the media house see itself? Is it an ideological crusader or is it a business? And the second issue here is, does the media house see itself as somehow superior to the collective wisdom, because what you see as the news may not be what the people would see as news. So there's a demanding dynamic here and there’s a supply dynamic here. And I think many of these things about what should be news and what shouldn’t be news is very much an old debate where the journalist was somehow perceived to be superior to the collective wisdom, whereas today, they have multiple options. And the second thing you need to realize is that news like social media is about self-validation. If people don't like the news that you're giving them, they will go and hear the version of events or stories that they want to hear.

This is where algorithms come in because this is how YouTube news does or YouTube opinion channels have become so much more powerful. I see so many YouTube channels that have more viewers than so-called mainstream TV channels. And the thing there is that all of them are regulated by algorithms and a particularly dangerous part of this is it's sort of ab initio control of what news can be put out or not put out.”

Speaking about how much algorithms should control the newsroom, Sengupta shared, “As a digital newsroom manager if I say algorithms do not dictate the way we work, I would be out rightly lying, and that’s not the case. Now, the question is whether it will dictate or not dictate is a long way off. The question is how much you would want the algorithm to dictate. Now, if we break it down, it again can be seen into two parts - the text that goes up and the videos that goes up on digital. So both work in a different kind of ecosystem, especially if you look into the way texts work. Algorithm has its pluses and minuses, while of course the stories which work more are done more because newsrooms at the end of the day would want a higher readership as well.”

Sengupta further stated that the consumption for video is mostly off platform. “There are also algorithm introduced factors which are also taking care of a lot of fake news which otherwise would circulate easily. But if you come to the videos, here the revenue is directly linked to the number of views that you get and text choice is not as much because there's a lot of on platform consumption, which is again dependent on other revenue models like the banner ads and native ads that you get. But if you look at videos, consumption is mostly off platform, which means either on YouTube or Facebook.

And there the videos are completely dominated by not just how many views they are getting but also in which geography like if the video gets one lakh views in India, it might earn lesser revenues than about 10,000 views in the US. Now as a news company when you're looking at this algorithm, you cannot ignore the huge financial angle which it is bringing with it, because at the end of the day, we're all struggling to find the right subscription model. For example, if you notice, Punjab has much more YouTube streamers than most of the other languages because CPM in the Punjab market is the highest as it's got a huge consumption in England, Canada and the US. That's why the revenue that they made from doing a broadcast is much higher.”

Tyagi believes that everything depends on trust and credibility no matter how much algorithm or Al is being used. He said, “As a journalist, how much of the algorithm or AI or other tools that we're using these days, how much of that impact and usually at the end of the day for me, it all boils down to trust, there will be certain things that algorithm have made that quite easy, and also better as far as journalists and newsrooms are concerned, be it data crunching, we've been using few very smart algorithms when it comes to election number crunching. In all those aspects it does help.

It's a great tool to have, you save a lot of time. But at the end of the day, with a human story, there is also credibility that comes in attached. Is the viewer still ready? Is it time for the viewer to in fact make that leap that it can trust a program or an algorithm or a computer or an AI to, in fact, shift through news or make news and present it to you. That is something I still feel we are yet not there and it has to be an amalgamation of technology or algorithm and the human aspect as far as news is concerned.” 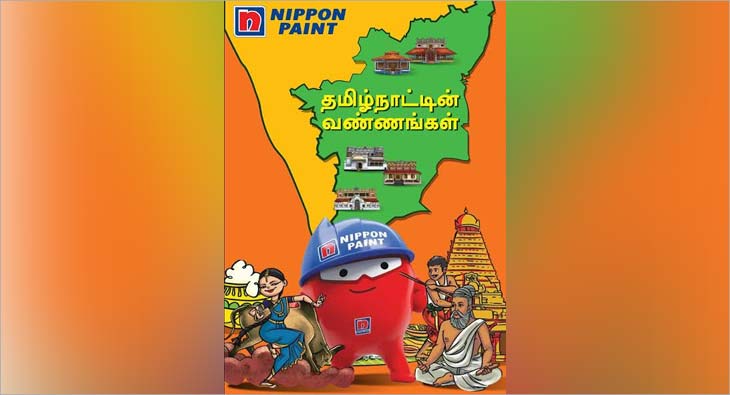 experiential-marketing NEWSNEXT 2021 Conference: How much should algorithms control the newsrooms?
1 week ago