This eventful year, Twitter reflected the vibrant diversity of the Indian society across voices, topics and regions -- from Bollywood to South Indian Cinema, Cricket’s Championship Trophy #CT17 to Women’s World Cup #WWC17, and #GST to #JusticeForJallikattu

As 2017 draws to a close, Twitter continues to showcase that it’s the best place to find out what’s happening in India and the world at large. This eventful year, Twitter reflected the vibrant diversity of the Indian society across voices, topics and regions -- from Bollywood to South Indian Cinema, Cricket’s Championship Trophy #CT17 to Women’s World Cup #WWC17, and #GST to #JusticeForJallikattu.

India’s entertainment industry became a focal point of global conversations this year, with South Indian films like Baahubali 2 and Mersal breaking barriers (Most Influential Moment of the Year). After becoming the first-ever Tamil film to get a custom Twitter emoji, Mersal generated colossal engagement from the fans of South Indian cinema, only to make #Mersal emerge as the Top Hashtag Trend of the Year on Twitter.

On the back of the South Indian cinema wave, actor Suriya Sivakumar’s (@Suriya_offl) Tweet unveiling the second look for his Tamil film, Thaana Serndha Kootam (A Group Formed By Itself) or #TSK, became the Golden Tweet or most Retweeted Tweet of 2017 in India. This is demonstrative of the South Indian entertainment industry truly succeeding in rising to the forefront of Twitter conversations. Suriya’s poster launch on Twitter and his declaration of love for his fans was appreciated by them, which helped the Tweet go viral on Twitter.

While the India vs Pakistan match in ICC Champions Trophy 2017 #CT17 triggered the adrenaline rush on both sides of the border, Mumbai Indians’ (@mipaltan) incredible one-run IPL heist left all cricket aficionados and critics in awe. For the first time ever, Virat Kohli (@imVkohli) and Sachin Tendulkar (@sachin_rt) break into the Top 10 Most Followed Indian accounts on Twitter.

Amidst it all, a pattern of women empowerment on Twitter in India emerges this year: from the popularity of the Women’s World Cup hashtag #wwc17, to the conversations of Triple Talaq and #AintNoCinderella on Twitter, to the celebration of women like Deepika Padukone(@deepikapadukone) that stands out among the Most Followed on Twitter.

Here’s how India’s #YearOnTwitter in 2017 played out in detail:

Twitter is where Indians go to find out what’s happening in their world right now. From breaking news, entertainment, sports and politics to big events and everyday interests; it’s the live commentary that makes Twitter special. These are the most influential moments on Twitter - where Indians went first to get answers or share their opinions around the biggest conversations happening in India and the world throughout 2017:

Bigg Boss
Not just Bigg Boss Hindi, the franchise created mass conversations across the country with Bigg Boss Tamil emerging as one of the most talked about moments of the year.

Padmavati battle
The controversy around Sanjay Leela Bhansali's film - biopic on Rani Padmavati - created a national conversation on Freedom of Speech and democracy.

One year of Demonetization
With the celebration of first anniversary of demonstration, users took on Twitter to share the positive and negatives of the whole process.

Justice for Jallikattu
Massive protests erupted against the Jallikattu ban as thousands of protesters in Madurai, Chennai, Salem and Coimbatore protested against the ban on their beloved bull-chasing sport #Jallikattu. The protests that started in Madurai a day after Pongal festival spread to other parts of Tamil Nadu after police arrested over 200 protesters.

Supreme Court's ban on Triple Talaq
With the striking down of the controversial Muslim practice of instant divorce, Triple Talaq, in India, Twitter users praised the Supreme Court's decision. The euphoria over the verdict ensured that #TripleTalaq trended on Twitter on August 22, 2017, peaking with more than 350,000 Tweets.

Arrest of Gurmeet Ram Rahim
Gurmeet Ram Rahim, the chief of Dera Sachcha Sauda, was sentenced to 20 years of imprisonment in 2017 after he was convicted of rape. His arrest led to unprecedented violence and Indians across the world took to Twitter to debate their views and opinions on the conviction and the riots.

INDvPAK
When India plays Pakistan, it always draws in the eyeballs. When the two rivals met in the finals of an ICC event, it was no surprise that the chatter on Twitter reached an all-time high. #INDvPAK, the ICC Champions Trophy 2017 Final clash, was the most Tweeted about ODI ever with 1.8 million Tweets.

MI's incredible one-run IPL heist
Fans took to Twitter expressing shock and jubilation when Mumbai Indians pulled off an improbable win against Pune in the 10th edition of the IPL to seal their third title. In a match that seemed to be going Pune's way, Mumbai's bowlers fought back with an uncharacteristically slow knock from MS Dhoni, Mumbai Indians clinched a nail-biting win in the finals by a margin of just one run!

Hashtags are the anchors of conversations on Twitter; they enable people to discover and participate in what others are talking about for an issue they care about. With 4 of the top 10 hashtags this year related to cricket -- #IPL, #ct17 , #wwc17and #indvpak, sports dominated the trending Twitter conversations for the nation. This year, there was also a spike in interest around the performance of women’s cricket team. India’s biggest tax reform, GST, also made it to the list due to the sheer magnitude of conversations it generated on the platform.

#baahubali2
Popularly called the grandest film of the year, Baahubali 2 set many films records in India and was widely praised on Twitter by people speaking different languages despite originally being a regional film

#bb11
Now in its eleventh season, Indian reality TV series Bigg Boss still continues to be one of the most talked about shows in the world of television.

#Mersal
After becoming the first-ever Tamil film to get a custom Twitter emoji, #Mersal succeeded in crossing over 1.7 Million Tweets in three days and generated colossal engagement from the fans of South Indian cinema.

#diwali
Diwali, the festival of lights, was celebrated by Indians across the world and Twitter timelines were illuminated by visuals of diyas, sweets, gifts and festive attires. For the first time, Diwali emoji on Twitter was available in 7 different regional languages, enabling Indians to express themselves in their own language.

#gst
Conversations on Twitter on rollout of India's biggest tax reform, GST, echoed the nation’s mood and its temperament towards an event of national significance.

#mannkibaat
Mann Ki Baat, the Indian radio programme hosted by Prime Minister Narendra Modi in which he addresses the people of the nation, was popular on Twitter and sparked a great deal of conversations.

#ct17
Cricket is clearly the most followed sports in India. Compared to the 2013 ICC Champions Trophy tournament, this year saw a 4X growth in the usage of the official hashtag #CT17.

#indvpak
#INDvPAK the biggest rivalry clash broke all the records in 2017. #CT17 saw the record for the most Tweeted one day international of all time being broken by the India vs Pakistan final with 1.8 million Tweets.

#wwc17
Twitter was the best place to keep up with and talk about the ICC Women’s World Cup (#WWC17) all as the top eight ODI nations teams battled to clinch the trophy. #WWC17 became the most Tweeted hashtag for women's sports in India. The conversations on Twitter were reflective of the nation’s growing interest in the women’s cricket community, which has historically been dominated by men.

In the list of 10 Most Followed Indians on Twitter in 2017, PM Narendra Modi (@NarendraModi) retained the #1 position with 37.5 million followers (ahead of some of the most popular Bollywood and Cricket stars), thanks to a follower growth of 52% this year. While actor Akshay Kumar (@akshaykumar) leaped ahead of Aamir Khan (@aamir_khan), the list also witnessed the entry of two of India’s biggest cricketers, Sachin Tendulkar (@sachin_rt) and Virat Kohli (@imVkohli). 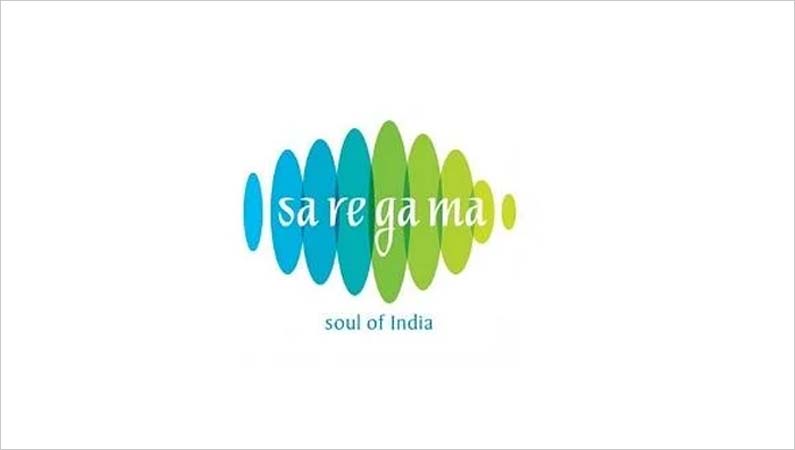