“If you look at markets across the US and Europe, people are building cutting edge content and building their brands only on Digital. This is going to happen in India too and probably quite soon,” says Puneet Johar Co-founder and CEO of To The New Ventures

To The New Ventures (TTNV), a digital products and services company, is in expansion mode as it sets its sights on the US and European markets after establishing its dominant position in APAC. Talking about the growth of the business and the opportunities ahead, Puneet Johar, co-founder and CEO, “The DNA of TTNV is to launch in one market and then take the product to other markets. So we are looking forward to opening our offices in Sweden and US by the end of 2015 and at the same time, are on track to expand #Fame to not just South East Asia in local languages but moreover to make it even more relevant to audiences in India we will be launching it in Telegu and Tamil languages in South India in the next couple of months.”

With the intention of creating a captive market for live video entertainment, where performers can beam live to their fans, #fame was launched exactly a year ago in September 2014 and is targeting 50,000 performers in the next six months with its app which went live in May this year.

To The New Ventures invested $10 million in #fame when it started operations in 2014 and is looking to close an additional round of funding this month to the tune of $25-30 million from strategic and financial partners to support #fame’s expansion plans.

India is a very competitive market right now in the digital space. How does TTND stay ahead of the competition?

Yes, India right now for Digital is a very competitive space but we believe that our tech and analytics are extremely strong. We have 500 people in our tech team of which 350 are only on product engineering. Creative is also a differentiator, but then everybody can proclaim they are better at creative. For us, great tech and analytics are our greatest differentiators and more importantly, very scaleable differentiators. We build great products for people whether it’s their video apps, live streaming apps, e-commerce websites, mobile apps, social analytics – these are all big differentiators that are not available in the market and if they are, I would say, we do it better. That is our USP and this is why we have been able to scale in multiple markets in the timeframe that we have. We will carry on building our tech and analytics as a differentiator while continuing to make creative and other services sit on top of that.

What are some of the changes that you have seen in the Digital space over the past couple of years?

Increasingly, there are clients that are taking mobile first and quite a few even taking mobile only as a strategy in India. So we have seen a big change there. And it’s all happened in the last two years. Earlier it used to be about let’s build a web product and adapt it to mobile but now people are consciously pushing the website out of the picture and concentrating on mobile only or keeping the website secondary to mobile. So that has really changed the business in a big way.

How important a role does CRM play in the digital strategy of brands?

I think brands need to be lot more bothered about CRM than they are today. Savvy marketers are already doing it but it definitely needs a lot more attention. Even six months ago, social CRM was a pure analytics product but once the analytics are in, responding to those numbers, is crucial. Brands need to develop an ability to respond – it could be something that’s trending, but more than that, it shouldn’t be restricted to crisis-response; it could also be an opportunity that brands should look out for. Social CRM can help a brand capitalise on something or if something is amiss, it can help a brand correct it. Social CRM is the biggest growth area today as marketers look to build brands in the Digital ecosystem. People in India associate CRM with crisis management. They fail to grasp that if they manage the customer better, it will help them know and connect with the customer better. Conceptually people understand it, but it’s an area the industry has yet to mature in and there is tremendous headroom to grow.

Digital’s share of the media mix is gaining prominence. How do you see this evolve in the next 18 months or so?

There is a quantitative aspect to Digital that gives it an edge over other media today. Television did better than Print but today Digital is more measurable than Television. In India, people are still seduced by Television because they mistakenly believe it can help build a brand better. But if you look at markets across the US and Europe, people are building some cutting edge content on Digital and people are building their brands only on Digital. This is going to happen in India too and probably quite soon. In Digital the consumer is an integral part of the campaign. It’s a continuous engagement tool. Is enough investment being made in creating engaging content for different cohorts? Absolutely not. I see a huge opportunity. I think e-commerce companies do it really well because they do it in-house. If you compare the kind of investments they are making in their in-house teams to what conventional companies are doing, they are far ahead of the curve. Most brands look at TV as a quick way to gain visibility and awareness because we are still underpenetrated in terms of Digital. The major swing in Digital’s favour came in last year with the Modi election campaign in which Digital played a very central and crucial role. Television for a change followed Digital instead of leading the way. So yes, we are in the midst of the vote swinging in favour of Digital just like a couple of decades ago we were in the midst of the shift from Print as dominant medium to TV taking it over. It’s nothing as dramatic as death of Print or death of TV but yes, the millennials are opting out. Once the millennials have moved on, then naturally a brand will have to put enough money behind that to capture that segment of the market.

Are brands making enough investments and the right investments to engage with the millennials?

Today entertainment, information, brand placement it’s all becoming one big mash pot. The 30-seconder continues to have its place but if a brand thinks that it can do three 30-seconders a year like it used to do till a few years back and its role is over then it’s just indulging in lazy marketing. A brand can still spend a ton of money and do that 30-seconder but it’s no longer loose change that you can get away with putting into Digital. Unlike the 30-seconder ad, a brand today has to invest in a lot of content on Digital, it has to understand its different audiences and the different platforms they live on and then create content accordingly with partners.

Take the example of HUL which is a great example of a very savvy marketer and is a beacon for others to follow. They have understood the power of content marketing and Digital is not about making one sweeping campaign. You need multiple touchpoints, multiple talkpoints, multiple cohorts, etc. to interest the consumer. According to me, this is also a form of customer relationship that they are doing really, really well. They are actively influencing customer relationship whether through entertainment content on platforms such as #fame or through instructional content on Lakme School of Style and more importantly, they’ve got that mix right. I just wish more brands got it right and I think it will happen because HUL has shown that it can be done.

Besides newer geographies are you also looking at new business verticals to expand into? Any acquisitions on the horizon?

We believe that today we are in most of the spaces that we want to be and we believe that there is a huge play in cross border influence of these businesses and therefore expansion of these businesses. So, cross border expansion of our five key businesses is what we’re focussing on instead of adding new businesses. We will not shy away from acquisitions or investments and I find that we’ve had to build the entire design capability UI and UX functions in-house and we’ve done it well but that is a weak area in India. So we’re continuing to invest in that area organically including training etc but we also won’t shy away from an acquisition in that space if we get a good one.

Can gaming grow into a mainstream advertising avenue in 2021?
2 hours ago

‘The campaign #HumKarkeRahenge salutes insurance advisors across India’
1 hour ago

Levi’s plagiarism row: How not to overstep the inspiration mark
1 hour ago 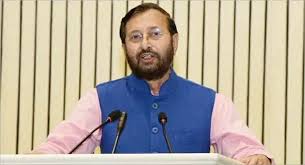 digital Can gaming grow into a mainstream advertising avenue in 2021?
2 hours ago