India’s data must be controlled & owned by Indian people, not by corporates: Mukesh Ambani

Reigniting the conversation about data localisation, richest Indian and Chairman & Managing Director of Reliance Industries Ltd, Mukesh Ambani said “data colonisation is as bad as the previous forms of colonisation, and data freedom is as precious as the freedom we won in 1947.”

Ambani spoke at the first Republic Summit on Wednesday, stating data of an individual or business belongs to them and not to corporates who could use it to monetise from them.

He began his speech by saying that Arnab Goswami’s Republic TV is less than two years old, and it must be one of the most successful media start-ups in the world. He continued and said that it’s not easy to be so successful so quickly in the media business. “You have proved that Arnab Goswami, a professional entrepreneur, with purpose, passion, sincerity and commitment backed by a talented team, can be successful in this new India. You are an inspiration to every young entrepreneur. My warm congratulations to you, Arnab and your team. And wish you even more successes in the future,” added Ambani. 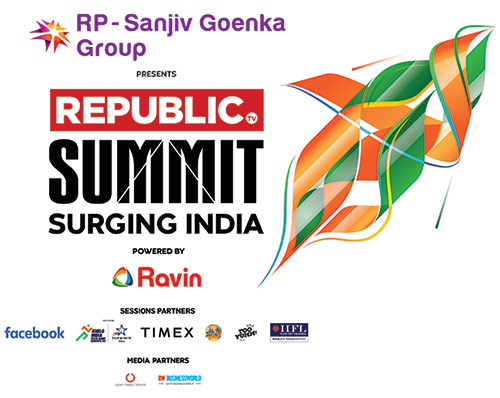 Below are excerpts from his speech:

The name ‘Republic’ has a profound meaning. It means that the Praja are the new Raja. Digital Technologies have empowered the Praja in ways that have no precedence in human history.

Before the advent of Digital Technologies, the so-called mass media was essentially without the masses.

The masses were passive consumers of media. Now the masses have become both producers and owners of media. Look at Social Media. Its very name connotes that it belongs to Society as a whole. I believe that Digital is the greatest friend of Democracy. Let me explain why.

The old media model was ‘From Few to the Many’. The new media model is ‘From Many to Many’ and ‘From Anywhere to Everywhere’. In other words, media in the digital age is ‘Of The People, By The People, And For The People’ in the true sense of the term. And this trend will continue and become more mature in the future.

When Digital and Democracy work together, their combined power will produce a prosperous India - a Dhanwan Bharat. Today’s India is surging ahead on the back of technology.

I can say with confidence that if there is one place in the world where the transformative power of digitisation is breaking new ground every day, it is India. India’s digital transformation is unmatched and unprecedented. In less than 24 months, India has taken a leadership position from being 155th in the world in mobile data to number 1. And the impact of this unprecedented growth can be seen across all digital domains.

Over the next two decades, I can confidently say – that India shall be leading the world and shall contribute the next wave of global economic growth. Let me tell you why I am so optimistic about India’s potential. Not just optimistic, I am actually convinced. Earlier, the world had witnessed three industrial revolutions.

The first was powered by coal and steam. The second was fuelled by electricity and oil. And the third used electronics and information technology. During the first two revolutions, India languished on the fringes. It started playing catch-up in the computer-driven Third Industrial Revolution

The Fourth Industrial Revolution is now upon us. It is marked by a fusion of technologies straddling the physical, digital and biological worlds. Data is the foundation of this revolution.

This revolution will be driven by data and will be defined by humanism. India is already generating significant quantum of data. I can say with confidence that India has a chance of not just participating in the Fourth Industrial Revolution, but also leading it. And I say this because of three main reasons:

Our nation is more vibrant and ambitious than ever before on the back of its youthful energy and enterprise. Second, India is a democracy and is run on the model of equitable and inclusive growth with a society-wide culture of empathy. And India is openly embracing the digital technologies of tomorrow.

With a world-class digital infrastructure in place, each one of the 1.3 billion people of India can now productively participate in the Fourth Industrial Revolution. Third, India is a rich and fertile ground for entrepreneurship.

There are five major areas, which India needs to focus on and embrace: First, we need to prepare ourselves for a period of information and digital abundance.  All Indians will have access to massive computing on the cloud, and access to all information on the planet.

Jio is determined to connect everyone and everything, everywhere – always at the highest quality and the most  affordable price. I am proud to say that, instead of a digital divide, India today is digitally united. All 1.3 billion connected minds are going to accelerate the Future.

Digital platforms make it possible for many consumers to be entrepreneurs at the same time.
Imagine a force of 1.3 billion networked consumers and entrepreneurs having access to all knowledge and all computational power they want at an extremely affordable Price.

Second, we need to adapt ourselves to the scorching pace of innovation and learn to collaborate on scale. All the new technologies are accelerating in speed, rate and Power. Third, we have to shift from a system of time-bound education to a mode of continuous learning.

Now, it is both possible and necessary to reorient education for the new kinds of productive and creative opportunities. We have to groom our children to be digitally-savvy right from School.

The Fourth major task is closely linked to the third. And the fifth area of focus is in Data Ownership. In this new world, data is the new oil. And data is the new wealth.

India’s data must be controlled and owned by Indian people and not by corporates, especially global corporations. The Supreme Court of India has mandated that data privacy is sacrosanct. Therefore, for India to succeed in this data-driven revolution, necessary steps will have to be taken to migrate the control and ownership of Indian data back to India ─ in other words, Indian wealth back to India. Data colonisation is as bad as the previous forms of Colonisation. Similarly, data freedom is as precious as the freedom we won in 1947.

What goes behind selecting an agency's best bets at Cannes Lions? Panel to discuss today
13 hours ago

'Respect, responsibility and accountability paramount for consumer engagement'
13 hours ago