Thought Blurb Communications, the full-service advertising and design agency helmed by Vinod Kunj, has announced the elevation of Renu Somani to National Creative Director. After steadily guiding the direction of the creative product of Thought Blurb Communications for the last 10 years, Somani will now take over as the creative head at the agency from being the Executive Creative Director.

Renu began her career as an art director before switching seamlessly into her role as a writer, after joining Thought Blurb. She brings her combined talents in art, copy, scripting, and audio-visual media to bear on a 360-degree execution in traditional, electronic, and digital media. Renu now takes charge of managing the creative product of the company that has a presence in Mumbai and Kochi. She will be overseeing a diverse team of creative talent in these cities, helping in the development of brands across the country and also in planning the creative strategy for new clients here on.

Speaking on her new role, Renu Somani stated, “I have a degree in art, but writing comes as naturally to me as breathing. I believe I paint stories with my words. The creative industry is shape-shifting and each day a new avatar is being created. My mandate will be to give shape and voice and texture and personality to the avatar that we at Thought Blurb would like to give ourselves. We are known to nurture great talent and I’d like to build on that tradition and get the team to come up with ideas that reflect the zeitgeist of the times.”

Speaking about the appointment Vinod Kunj, Founder and Chief Creative Officer, Thought Blurb Communications stated, “Renu is an extremely instinctive ideas person. She can pick up a castaway idea from a brainstorming session and polish it to perfection.  We are a very close-knit unit and we cherry-pick the brands we work with. In the process, we have built great case studies for some of India’s biggest brands. Renu will now work with her team and create campaigns that make a meaningful difference to those brands in the international markets.”

Somani’s work has been recognized over the years by several Indian and international industry award bodies. She has also been a finalist at the One Show, Cannes and Adfest Awards. She has won awards at the Abbys, D&AD Kyoorius, Golden Mikes, and Radio Mirchi Kaan Awards. Most recently she won the IAA Awards for her work on Parle G. Her work has also been featured in the Communication Arts Guild magazine. 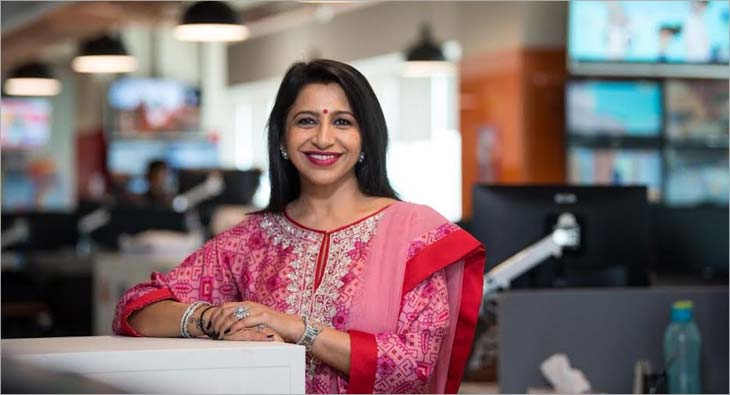