Amazon India and Flipkart recently concluded their big festive sales and have managed to get a good response from the consumers. To ensure that, both brands have invested hugely on Television. Ad insertions by Amazon, which has been ranking as the number 1 advertiser for the past two weeks, went up by 106% in week 39 compared to week 38. 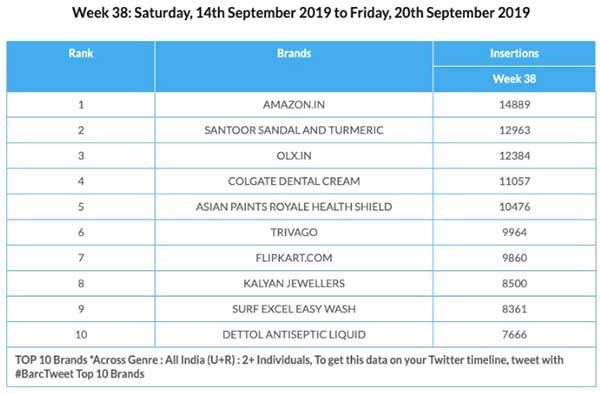 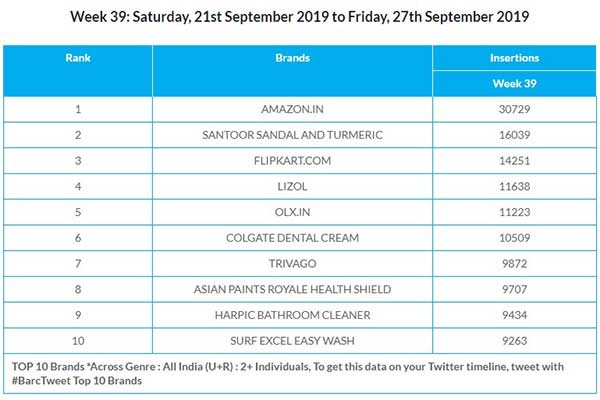 In the Top 10 Advertisers’ category for week 39, Amazon Online India Pvt Ltd has seen a massive increase in ad insertions. From the eighth position in week 38 (24374), it shot up to the third position with 43530 ad insertions in week 39. Zee Music has moved out of the list, while Wipro makes an entry at number 10. 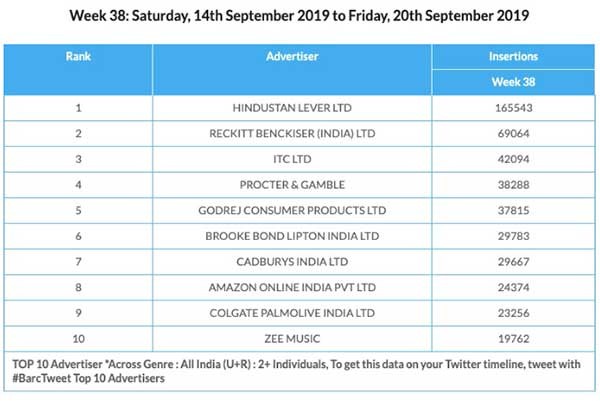 Hindi commentary for Australian Open will get new viewers on board: Neville Bastawalla
22 hours ago

No stability despite NTO 2.0, say experts
21 hours ago

Our efforts have led to a 92% pitch-winning rate: Shamsuddin Jasani & Chamith Buthgumwa
20 hours ago

Hindi commentary for Australian Open will get new viewers on board: Neville Bastawalla
22 hours ago

Kwan has doubled in size in the last 15 months: Vijay Subramaniam
21 hours ago

Ruchin Khanduja steps down as Head of Marketing & Digital, Hindware, Evok
21 hours ago

Technology continues to be the driving force, says Sameer Tobaccowala of Shobiz
15 hours ago

2020 will see an explosion of content across formats, says Navin Khemka of MediaCom
15 hours ago

Creativity and authenticity will be key, says Deepshikha Dharmaraj of Genesis BCW
1 day ago