Exclusive: There are no ‘peak’ years in an artist’s life, just years - Amitabh Bachchan

Cerebral and erudite, Amitabh Bachchan is considered by many as the greatest living actor to come out of India. In an industry dominated by the Khans, the name Bachchan represents a mystique and charisma that is enduring. In an exclusive conversation with veteran journalist Sandeep Bamzai, Bachchan speaks about his journey in films, Hindi Cinema, and return to the small screen in Color’s ‘Bigg Boss 3’.

Growing up in the seventies and eighties, it wasn’t possible that a name like Amitabh Bachchan wasn’t part of your stream of consciousness. The larger than life screen presence emoting with his smouldering eyes and Paul Muni like voice could not be ignored. His ouevre of work was phenomenally successful. While ‘Zanjeer’, ‘Deewar’, ‘Sholay’, ‘Trishul’, ‘Don’, ‘Mr Natwarlal’, ‘Kaalia’, ‘Lawaaris’, ‘Khoon Pasina’, ‘Muqaddar Ka Sikander’, ‘Naseeb’, ‘Amar Akbar Anthony’, ‘Mard’, et al, are films that one remembers in a rush, there are other movies like ‘Namak Haram’, ‘Alaap’, ‘Abhimaan’, ‘Chupke Chupke’, ‘Mili’, ‘Kabhie Kabhie’, ‘Shakti’, ‘Dostana’, ‘Adalat’, ‘Do Anjane’, ‘Aakhri Raasta’, ‘Black’, ‘Sarkar Raj’, which I am personally fond of.

Amitabh Bachchan has seen many ups and downs in a glittering careerspan of 40 years. In fact, he has seen it all. The phenomenon strode the industry like a Colossus and even today, when the Khans rule the roost, the name Bachchan represents a mystique and charisma that is enduring. Cerebral and erudite, Amitabh Bachchan is considered by many as the greatest living actor to come out of India.

During these peaks and troughs, Amitabh Bachchan returned with a bang in his small screen avatar – ‘Kaun Banega Crorepati’. An almost debilitating illness, throes of a bankruptcy, a near fatal injury in ‘Coolie’, an impossible victory over Hemvati Nandan Bahugana in Allahabad, proximity to India’s first family of Gandhis; Bachchan’s life has in many ways mirrored a screen script. But like the proverbial pheonix, the endearing Bachchan has returned revitalised, answering the call and prayers of his many admirers. Now, Amitabh Bachchan returns once again to the small screen as the host of ‘Bigg Boss’. I spoke to him to find out what prompted the move. Excerpts from the conversation with the new ‘pop philosopher’.

Why did you choose ‘Bigg Boss’ over any other vehicle after ‘KBC’, I am sure several people must have queued up before your door with other projects?

I shall not deny that there were other offers to do TV, but most of them were either in stages of preparation and design, or ones that I could not find time and inclination for. ‘Bigg Boss’ did and so I agreed.

The fact that you will play a psycho-analyst for the residents, did that have anything to do with the decision when you considered the offer?

The whole idea of the ‘pop philosopher’ was something that I initiated during my several meetings with Colors. I thought it to be very interesting to examine why people behave the way they do when subjected to extreme circumstances. If this were to be assessed and fed back to them, what would be the result? Would they come out as better humans, would we be able to project that to a larger section of the viewership? Could we then expect a better understanding of conduct? Just so many thoughts came to us during our creative meetings. That is what we intend to incorporate in some ways in the show. I know it has a very strict format, one that shall not be subjected to change, but if within that we could bring about some elements of introspection, it would be exciting to pursue.

What according to you is driving big stars to television, you opened the door for them? Don’t you think Salman Khan has found his métier in ‘Dus Ka Dum’, and similarly Akshay in ‘Khatron Ke Khiladi’?

I have no idea why big stars are driving to TV studios. I know why I did and that is now a well documented fact. I would agree with you that both Salman and Akshay seem to have found their métier in their respective shows. TV gives the viewer an opportunity to see their stars that they love, in modes when they do not play a character. They are themselves and they are for real. And what they discover as real, is becoming attractive to them.

How much did ‘KBC’ help you vis-à-vis your own career? Was it an important event in an actor’s journey of now exactly 40 years?

I have never looked upon any incident in my career with the kind of perspective you suggest. But yes, having got an opportunity to try another form of entertainment has been a rewarding experience. It all adds up. As an actor in films, I look upon my TV involvement with delight and do give it relevant importance.

As a performer, how would you differentiate between the two mediums? Given that you have been outstandingly successful on both…

I cannot say that I have been outstandingly successful in both mediums, but yes, a certain amount of audience acceptance has prevailed for both entities. Cinema has the benefit of building a world around you, in TV it’s quite the opposite – you have to build your own world. Both have limitations of script and format, but also give you sufficient liberty to improvise. TV is almost always instant and within time constraints; the medium demands that. Cinema is not so rigid as far as time constraints are concerned, barring a few exceptional cases. Cinema has a longer life. TV is more immediate and on some enacted content, perhaps a greater shelf life. TV gets to you on its own in your bedroom. For cinema, you have to do a little more – on occasion. Creatively, they both are equally challenging. For me, TV was more. Having to construct your own lines without assistance as in cinema can become a daunting task. Cinema gives you the benefit of being associated with something larger than life; the 70 mm screen does that for you. In TV, the size has its limitations and I wonder if that has repercussions on your largeness. But, all in all both mediums are an absolute joy to be connected with and I consider myself fortunate to have been given the opportunity to bridge this gap, albeit somewhat shakily.

For a long time we have missed you on the big screen, what’s next – ‘Pa’ or ‘Aladin’ or ‘Rann’? Why this absence?

Film schedules and releases for distribution have a life of their own. We do not control it. A lot of films have been completed and ready for some time now. It is quite probable that they have not got the requisite buyers or there are problems for their distribution. We have, as you may know, been through a bit of a struggle between the producers and the distributors and exhibitors, especially those that own multiplexes, on commercial matters. Now that there is some resolution on that, a huge backlog of films waits in a queue. All the three films that you mention are ready for release technically. I think the dates are being worked out. There are a huge lot of films that have large investments and even larger star casts. They all need to be marketed and given attention to before they go out. Important days and festivals and holidays attract producers’ interest for release time. That needs respect and planning.

I cannot say for sure, but as far as my reckoning goes, ‘Aladin’ shall come first, then ‘Pa’ and then ‘Rann’ – and all of them within the next few months of the remaining year 2009. This is not a good strategy, but one that is now unavoidable due to prevailing circumstances.

During your peak years, do you reckon you got a little typecast with the Prakash Mehra, Manmohan Desai formula films? Do you reckon now there is more scope to experiment – ‘Black’, ‘Sarkar’, ‘Sarkar Raj’, ‘Nishabd’, ‘Cheeni Kum’ and so many others?

There are no ‘peak’ years in an artist’s life, just years! I disagree first with the assumption that Prakash Mehra, Manmohan Desai films were typecast formula films. ‘Zanjeer’ was nowhere near in type to a ‘Sharabi’, and neither was an ‘Amar Akbar Anthony’ to a ‘Mard’. And then with every ‘Zanjeer’, there was an ‘Abhimaan’, with every ‘Amar Akbar Anthony’, a ‘Mili’ or ‘Chupke Chupke’. The scope of experiment that you refer to now is more the result of age and the passage of time, than lack of opportunity or the desire for it. At 35, it would not have been possible for me to do a ‘Black’ or a ‘Sarkar’, neither would I at 65, have been comfortable with ‘Lawaris’, ‘Muqaddar ka Sikander’ and ‘Don’.

Why is Hindi cinema more cerebral now, what has changed? How is it that movies like ‘Black’, ‘Maqbool’, ‘New York’, ‘Kaminey’, and ‘Fashion’ are being accepted?

The nation has grown. Globalisation, exposure and connect with the rest of the world through technology, liberalisation – both economic and cultural, has made the common man a little less common. Today’s Indian is more aware and greatly more informed. And I would put the onus of this on the advent of television in our country. Nowhere in the universe has the growth of this medium been as rapid or as vast as it is in India. And it hasn’t stopped. With the brilliance of a diverse and at times better valued content from all over the world, people have a choice they never had before. This has made them more discerning and the job of film makers more challenging. A great many more Indians travel the world and see and understand the accomplishments of developed nations. It broadens their outlook and, in turn, their minds. India today is looked and bracketed with the very best there is. Being more cerebral now is a misguided statement. We always were. It’s just that now we have got occasion and opportunity for it to be noticed and recognised.

In an actor’s evolutionary journey, there are many defining moments. Which movies or performances do you believe were such events in your own case?

Each film has added to my evolution and shall continue to do so. Creativity would be stunted if it was denied the process of evolution.

With each passing year in these fortunate 40 years of my Hindi Cinema existence, I have observed with great pride the vibrancy and the eclectic nature of our industry grow. They were exciting then when I began, they are exciting now and shall continue to be exciting in the future. The way the world moves now, shall ensure that.

Will brand Hrithik work its magic for 'Fighter' promotions?
4 days ago

Communications in 2021: An amalgamation of Art and Science where data leads creativity
44 minutes ago 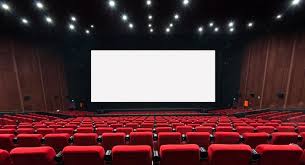 media-others Will 2021 be the year of cinema entertainment?
4 hours ago

media-others Will brand Hrithik work its magic for 'Fighter' promotions?
4 days ago