Channel to broadcast player auction in 4 languages; Gautam Gambhir to debut as expert

The forthcoming VIVO IPL 2019 Player Auction is set to be an unparalleled spectacle with Star Sports, the official broadcaster of the tournament, geared up with a special line up of programming shows for all cricket fans across the country.

VIVO IPL 2019 Player Auction will be held in Jaipur on Tuesday. The live coverage of the auction will be preceded by a 60-minute special pre-show starting from 2.30pm.

The broadcast of the 12th edition of the player auction will include live expert reactions, analysis and a special spotlight on all leading developments throughout the day, featuring cricket experts like Gautam Gambhir, David Hussey, Dean Jones and Kiran More.

The campaign has received massive response so far with over 3.1 million fans voting on the official portal vivoiplelection.hotstar.com.

Yuvraj Singh and Brendon McCullum are the most voted players overall so far, whereas Chennai Super Kings, Delhi Capitals and Kings XI Punjab fans have voted the most. 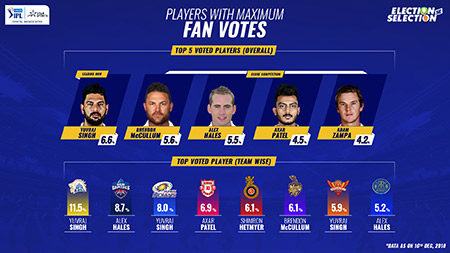 VIVO IPL 2019 Player Auction has received an overwhelming response from fans and was viewed by 46.5 million people across the Star Sports network. 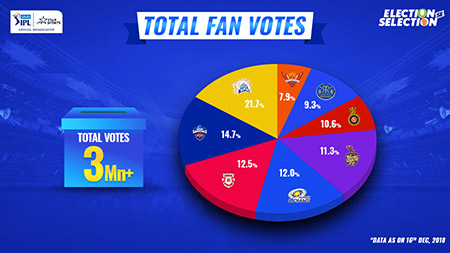