IPL - Credibility dampens,but marketers bank on the game of cricket

While on-ground associations are expected to take a hit, post the Supreme Court clarity, on-air sponsorships might surge. However, every brand will approach the tournament on their own objective

As the BCCI story unfolds and more revelations unfold, the game of cricket and the deep loyalty it commands in the country is likely to sustain. Probably this is the reason why both marketers and viewers might still keep their faith intact in the Indian Premier League, although to a considerably less degree.

The credibility of the tournament has gone down significantlydue to the fixing and betting allegations. Apart from this, the involvement of who’s and who of the sport and franchises have raised serious doubts about the authenticity of the game of cricket in India as a whole. The upcoming General Elections, and the change in venue,have also impacted the tournament. Marketers feel that investment decisions will be taken post a sound assessment of the mood of the general public regarding the tournament.

On ground sponsorships to take hit?
After the interim order, some franchises are desperate to close deals. Sources have indicated that for some franchises finding sponsors and partners has become a very difficult task. “Due to the partial shift in the venue, sponsors are not very inclined for on-ground associations. The sentiment has gone down considerably. The picture is now clear after the court order, but the conversions need to be done with more effort than they used to be earlier. Just the name IPL does not work anymore,” said a senior official at one of the franchises, on conditions of anonymity.

A prime reason for this is also the shift in venue of the tournament and the diversion of people’s attention towards general elections.However, the contemporaryperception of the tournament varies from brand to brand and all opinions are not unanimous.

Arshad Nizam, Director, Alliance Advertising, mentioned, “Brands which have considered IPL to be a great property will stay with the tournament this season as well. However, on-ground associations would get affected as IPL moves out of the country thus limiting the chances to leverage. In case of on-air associations people buy eyeballs and since considerable number of matches will be played in India, I don’t see much difference to the on-air associations.”

Amin Lakhani, Mindshare Fulcrum, Leader, Team Unilever South Asia said, “Challenges exist this year for the tournament, but one cannot predict anything. One cannot say IPL will vanish. Brands this time are taking calculated risks and are cautious on IPL. Cricket has a huge appetite in this country and one cannot rule out the tournament. Things move on, once confidence is restored.”

Analysts believe that marketers will take decisions on associating with IPL based on their objectives. There could have been a major impact if the two franchises in question were not allowed to play, as this would have resulted in serious implications in the value and volume of associations with the tournament.

Karthi Marshan, Marketing Head, Kotak Mahindra Bank, said, “Credibility is an intellectual term. The nature of IPL is based on popularity. I don’t see the effect dwindling, but the confidence has definitely taken a dent.”

Manohar Bhat, VP-Marketing, Maruti Suzuki, said “April to May is anyways a time, when automobile players do not spend much, except during the Navratri phase. We may buy some ad spots but our association will not be very deep.”

As far as on-air ad rates are concerned, there is some speculation that Set Max might not have as much liberty to increase ad rates this year as compared to earlier. However, sources indicate that the rate of conversion till now has not been very upbeat and the broadcaster is willing to close the slog matches inventory as well. Conversions mayseem more positive post the clarity from the court and the willingness of the advertisers to buy spots. Major brands are looking to invest in on-air advertising in a big way.
Lakhani added, “The price cannot be dictated by the broadcaster as it depends completely on the demand-supply ratio. However, MSM has been responsive to the market conditions and has adjusted rates accordingly till now”. But will there be a huge variation in inventory rates this year, as last year the final inventories were sold at a price of Rs 15 lakh?
Rohit Gupta, President MSM, said “Theuncertaintyafter the court order is over.Interest in IPL is no longer in limbo. We have also got some new categories this season. As far as ad rates are concerned we are already selling at a 15 per cent hike rate. The number of matches has gone down and therefore, there will be a jump in overall ratings. We expect better ROI for our associations this year. The sentiment now is upbeat”.

The overall brand credibility has taken a serious hit, but as far as investors who buy eyeballs only are concerned, it eventually depends upon the mood of the audiences. As analysts say, controversies have only added to the league’s popularity and this would help the broadcaster get more volumes of advertisers.

The Supreme Court in its interim order had ordered the removal of the BCCI chief N.Srinivasan and appointment ofSunil Gavaskar. The apex court had also allowed the two franchises in question, Rajasthan Royals and Chennai Super Kings to play in the League. 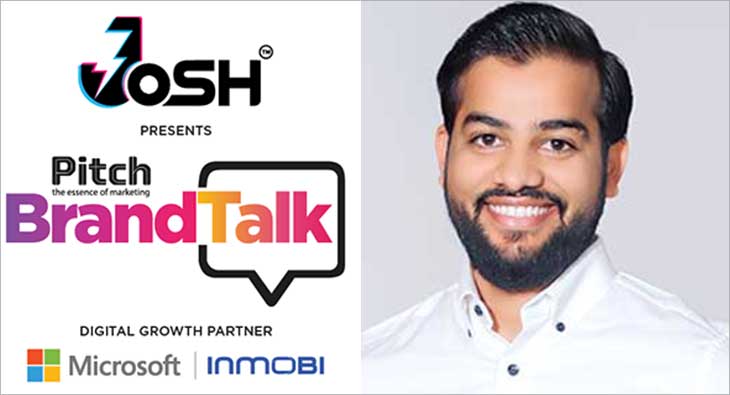 marketing We are in the process of making crypto mainstream: Sumit Gupta, CoinDCX
3 hours ago

marketing Sustainability was always an aspect that I deeply cared about: Shreevar Kheruka, Borosil
3 hours ago