ShareChat announced a global licensing deal with Saregama that would allow for its users to create new content and add to their social experience on the ShareChat and Moj platforms.

As part of this deal, Saregama will license its large catalogue to both platforms allowing for the large community of ShareChat and Moj members to create their own short video content using theSaregama library. The music library offers thousands of songs in diverse Indian languages like Hindi, Bengali, Tamil, Marathi, Telugu, Malayalam, Kannada, Punjabi, Gujarati, and Bhojpuri amongst many others.

Commenting on the partnership, Vikram Mehra, Managing Director of Saregama India said “It’s great to partner with ShareChat for both their apps. Saregama has a very large library of Hindi and regional music which is just apt for a platform like this where users are so innovatively creating content using music.”

Over 180 million active users across ShareChat and Moj would now be able to explore the Saregama music library.

Berges Y Malu, Director, Sharechat said, “Music is an integral part of Moj and as we build India’s youngest short video platform, we are incredibly excited to partner with Saregama to allow our community of users to create fresh new content alongside their favourite retro music fromSaregama.” 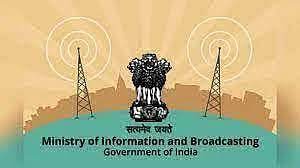 digital Platform bundling, a trend to look out for?
20 hours ago