OYO Hotels & Homes has announced the appointment of Anuj Tejpal as the Global Chief Commercial Officer, OYO effective September 1, 2020. In his new role, Tejpal will work with regional CEOs and leaders to drive global delivery of revenue for hotels which includes various facets like direct demand, OTA and revenue management. He will be supported by all other country leaders and functional heads in refining the central and country or regional organisation structure. All OYO leaders across these teams will have a direct or dotted line (as the case may be) reporting relationship with Tejpal, going forward.

The appointment is in line with the company’s efforts to strengthen its revenue and growth organisations to give it the impetus to be one of the first to come out of the pandemic. Globally, OYO has over 43,000 hotels in 800 cities across 80 countries.

Tejpal is one of the founding members of OYO and was previously the Global Business Development Leader. He is among the core leadership team that built OYO as we know it today. In the last 7 years, Tejpal advanced progressively and took on bigger mandates, challenging assignments and has emerged successful each time. In his most recent role, he helped set up the OYO China business from the ground up. He has now passed on the baton to Gautam Swaroop, the recently appointed CEO for the company business in China, while continuing to be the Chairman of OYO China.

Previously, OYO was operating with revenue management and growth as two separate teams. With a long-term view and seeing the opportunity to be more efficient by combining these two teams as a single team under one leader, OYO has created this new function and is redesigning the organization structure in line with the same. Anuj will be reporting directly to Ritesh Agarwal, Founder and Group CEO, OYO Hotels & Homes

Commenting on the development, Dinesh Ramamurthi - Chief Human Resources Officer - OYO said, “The past few months have been challenging for the global hospitality industry. At OYO, we’ve utilized this period by going back to basics and being fully reliant on our core strengths while realigning some functions to create a leaner and agile OYO. As a step ahead in this direction, we’ve appointed Anuj Tejpal as the Global Chief Commercial Officer. He would be responsible for driving global delivery of revenue for hotels, including overseeing revenue and OTA management, along with direct demand. We’ve made some significant improvements in our revenue and growth organisation in the recent time and with Anuj at the helm, we are positive that these will emerge as our pillars of strength in the future where it would be imperative to preemptively address the needs of our guests and partners. "

"Anuj is a seasoned OYOpreneur and has fought in the trenches while emerging victorious every time. In addition to being a founding member of OYO, he’s helped set up the OYO China business from the ground up and today we are among the largest and much-loved hospitality brands in the country. In his new role, Anuj would be supported by regional CEOs and country leaders to create and strengthen an ecosystem of innovation so that OYO can continue to add value to the experience of its guests and asset partners. We wish him the best for the future,"he added.

Anuj Tejpal, the newly appointed Global Chief Commercial Officer of OYO Hotels & Homes, said, “I am humbled and thrilled by this opportunity. Seeing OYO grow, learning new things every single day and working with the best possible team over the last seven years, has been my motivation and makes me seek excellence in everything I do. OYO offers a unique and inclusive proposal that, supported by technology, allows us to boost the business of small and independent hotels. Today, the company is synonymous with quality stays, where our innovative revenue management capabilities has created a competitive advantage that’s hard for others to replicate. With a razor sharp focus on innovation and technology, we will continue to strengthen capabilities across revenue and OTA management while building direct demand as a strong channel and contributing to the hospitality industry at large.”

Before OYO, Anuj was a Partner at Grassroot, an education company and co-founder of VidyaTimes.com an e-learning portal. He holds a Bachelor's degree from IIT BHU Varanasi and is an alumni of the University of Illinois at Urbana-Champaign.

Sneha John elevated as Director - Marketing of Swiggy
52 minutes ago

Sneha John elevated as Director - Marketing of Swiggy
52 minutes ago 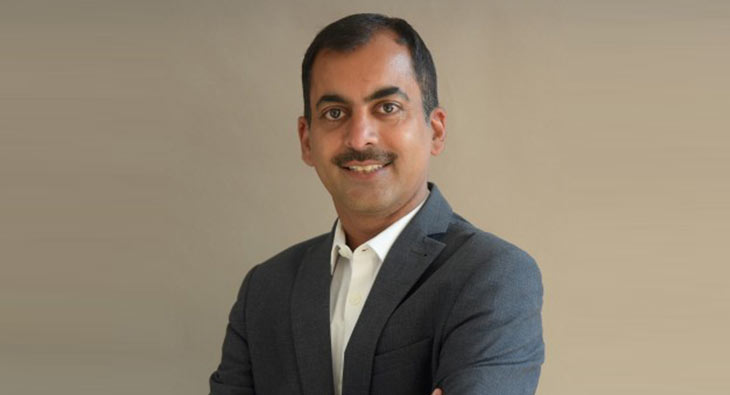