Castree will report to GroupM’s Global CEO, Kelly Clark, and will now be responsible for strategy and operations

Tim Castree, Global CEO of Wavemaker has been named as CEO of GroupM, North America, according to reports.

It is not yet clear who will succeed Castree as CEO, but Castree will remain at Wavemaker in an advisory role until a replacement is named. After the transition, Castree will be charged with reviving the company's growth in North America, which incidentally is its slowest growing market, but is the world's largest advertising market.

Castree will report to GroupM’s Global CEO, Kelly Clark, and will be responsible for strategy and operations.

In 2017 Castree was named Global CEO of the new agency formed from the merger of MEC and Maxus, now Wavemaker. In its first transitional year, Wavemaker added important new clients including Danone and Adobe in the US, and Mondelez in 20 markets. In addition to Castree’s leadership of Wavemaker, this year he also helped lead a group-wide team focused on transforming the performance of GroupM’s business in the US, a geographic priority for both GroupM and WPP.

Castree's appointment comes after parent company WPP announced a major restructure with plans to cut 3500 jobs. Since September, WPP has made two major cross-discipline mergers, between VML and Y&R and J. Walter Thompson and Wunderman, respectively, to better synergise its offer for clients.

It is believed that Castree also plans to scale GroupM’s technology platforms and expertise across WPP. The media buying division will play a major role in fulfilling CEO Mark Read’s vision on technology, laid out Tuesday, which involves building and scaling a tech and data stack across WPP and operating more seamlessly with software providers like Adobe, Google and Salesforce.

Castree has more than 20 years of experience spanning creative, media and digital agencies, including leading blue-chip global advertiser partnerships. Prior to joining GroupM, he was Managing Director of Videology in North America, US Chief Operating Officer for Publicis Group’s MediaVest, and Global Managing Director for Starcom MediaVest. He began his career with Leo Burnett in Melbourne and he subsequently worked at FCB, Ogilvy and BBH.

British Herald publisher Ansif Ashraf is no more
4 hours ago

Can liquor brands sail through ASCI restrictions on surrogate ads?
19 hours ago

IPL 2021: Why marketers have reasons to cheer
19 hours ago

Anyone with a smartphone and social media account is a journalist today: Shehzad Poonawala
19 hours ago

‘Consumer experience comes in the form of product, value, availability & accessibility’
19 hours ago 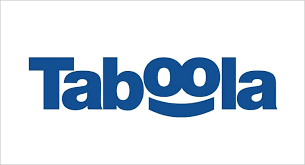