Guiltfree Industries Limited, the FMCG division of the RP-Sanjiv Goenka Group, has launched its latest TVC showcasing the all-new Too Yumm! Karare. With an emphasis on health and without any compromise on taste, the brand has scored yet another sixer with its latest TVC aptly tagged as ‘Bahar se Tedha, Andhar se Seedha’ starring Virat Kohli.

Conceptualized by Mullen Lintas, the 30-seconder features ace Indian Cricket Captain, youth icon and fitness enthusiast Virat Kohli. The opening scene of the TVC captures a lady walking into an airport lounge, where she notices Virat Kohli also waiting, and munching on a snack. She sits next to Virat Kohli, and opens her own packet of fried snacks and starts eating it. Each describe the taste of the snack they are eating as tasty and crunchy, this makes the lady slightly curious. Putting the suspense to rest, Virat finally reveals that his snack is the new Too Yumm! Karare exactly like hers, but not fried only baked. 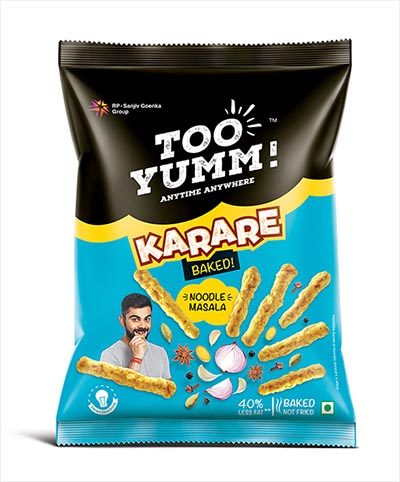 Anupam Bokey, VP Marketing (CMO) RP-SG FMCG said, “We are absolutely thrilled about the new Karare launch. This is the 6th innovative product from the house of Too Yumm, which effortlessly marries taste with health. Consumers are more receptive to products that they can relate to. This has driven us to introduce Karare, where we have pushed the taste to a higher level, while still staying true to the core promise of Too Yumm! which is ‘baked not fried’. Our campaign idea of ‘Bahar se Tedha, Andhar se Seedha’ captures the thought of being tasty from outside while still being healthy from inside, very succinctly. We believe this will make our product offering more mainstream and appeal to a much wider set of consumers." 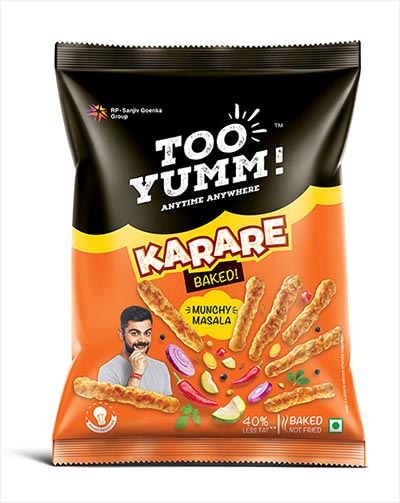 Available in unique flavor combinations like Chilli Achari, Garlic Peri-Peri, Munchy Masala, Noodle Masala and Southern Spicy, Karare promises to live up to every craving without sacrificing on flavour. Karare is a step forward in Too Yumm!’s journey in catering to the increasing number of consumers who are on the constant lookout for tasty yet healthy snacking options. Baked, rather than fried, exalts the brand even higher as its increased competitiveness in offering a healthier and tastier snacking option.

Reflecting her views on the brand’s new product Garima Khandelwal, Executive Creative Director, Mullen Lintas said, “With the launch of this new snack in the portfolio, we are taking the competition head-on. To land Too Yumm's differentiated benefit of being baked and healthier but as tasty as its fried competitive product, we drew reference from the category for the advertising and arrived at the campaign idea - ‘Bahar se Tedha, Andhar se Seedha’. We wanted to land that Karare is as twisted and tasty as the competition, but there is only goodness inside.” 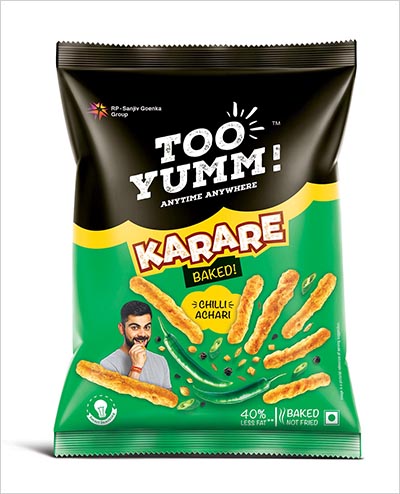 Adding to that, Priya Balan – Sr. Vice President, Mullen Lintas said, “Too Yumm Karare campaign is based on a simple insight of how consumers rationalize their unhealthy snacking choice and are cynical about healthier new products because they believe it won’t be quite the same palette experience. Our brand ambassador, Virat Kohli charmingly debunks this myth with the line ‘Bahar se Tedha, Andhar se Seedha’. That’s because Karare is the product format that is a big favorite with consumers but with a key health differentiation by virtue of it being baked, not fried. We are looking forward to exciting times in the category.