Prasanth Kumar, CEO, Mindshare South Asia, won the coveted ‘Agency Head of the Year’ award at the fourth edition of exchange4media’s Media ACE Awards 2018 held in Mumbai on Tuesday. The honour was bestowed upon Kumar in the ‘People Awards’ category.

Speaking on the wins, Kumar said that it was truly a “fabulous day” for them and that they are “humbled”.

"I want to thank the jury for awarding us the Best Agency of the Year and Media Agency Network of the Year. It's truly a fabulous day for us and we are very humbled that the jury and everybody recognises that a lot of effort has been put together to get the best of clients and partners. It's a big moment for all the people in GroupM, Mindshare and all the winners," he said.

The 4th edition of Media ACE Awards held on October 16 showcased award-winning work for the period July 2017 to August 2018. It recognised Indian media agencies for their contribution to the industry and the professionals behind the growth of these agencies. 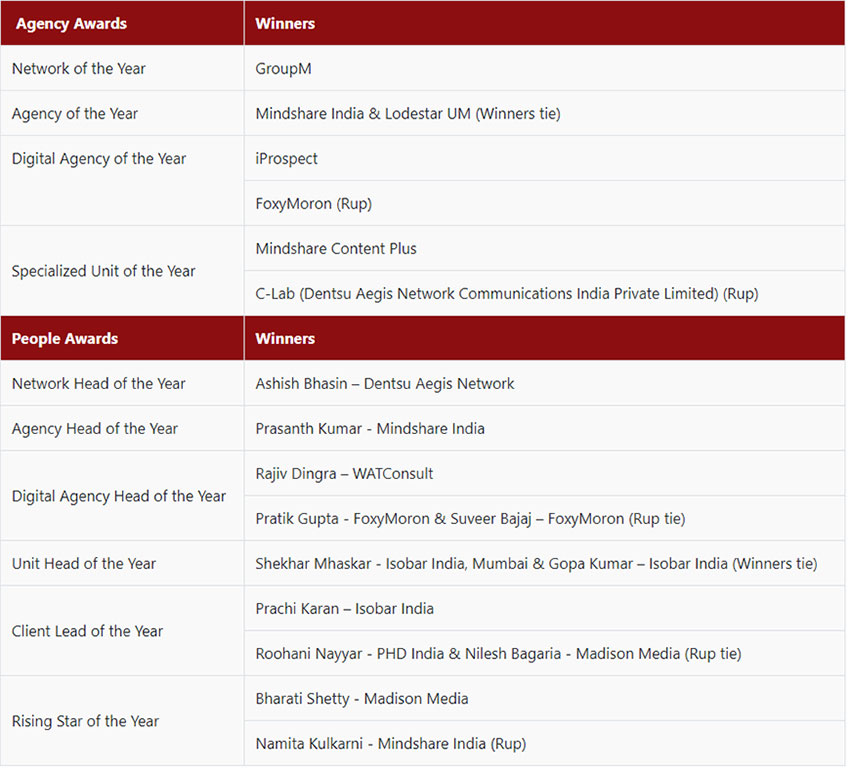