Even as technology evolves, the basics remain the same – understand your customers and develop an emotional connect with them, says Vinish Kathuria, Business Head, Digital Quotient

Back in school days, when we used to write essays for English courses, I remember writing about the accomplishment of an Indian leader, and how the “news spread like wildfire” across the length and breadth of the country. The co-relation to wildfire seemed exciting and was sure to get me good marks on the essay, so I never really stopped to think how a message actually travels to millions of people in a country. But growing up on newspapers and radio news as a kid, to watching Doordarshan news on a black & white TV as a teen, to the advent of colour TV and multiple channels during college, and now being addicted to the internet in the professional era – the role of technology in spreading messages has become increasingly clear to me.

Or so I thought… till a relatively recent phenomenon hit home when I noticed the younger members of my extended family, and even those in my team at office, absorbing content in a new way – watching videos on their mobile phones or tablets, and sharing their experiences on social media. Videos + Mobile + Social. Wow! A potent combination that could open up a whole new world for marketers.

The value of video as a medium in being effective in driving the messaging of an offering has never been questioned, as is clear with the fact that the TV ad industry expected to cross $200 billion in the next five years. In an environment, where watching videos on mobile is increasingly the trend, it is obvious that mobile is a video delivery mechanism with a difference. Firstly, it’s an individual medium, offering more privacy and, therefore, catering to more personalised consumption. Secondly, and this is the exciting part, it also provides the social angle, where people have the ability to immediately share the content they’ve watched. What this means for marketers is a never-before multiplier effect that can be tapped into, to reach 5x of the initial audience – or more.  As it has been recently stated, “For the first time, average consumers have a voice (through social media) and they are not afraid of using it”. Used effectively with intelligent videos content accessible on mobile, marketers have a potential gold mine on their hands.

Let’s take the case of YouTube’s most watched video – no prizes for guessing, it’s good ol’ ‘Gangnam Style’, with a staggering 1.7 billion views. Social media’s role in this insane virality is obvious not only from the 1.5 million fans on Gangnam Style’s official Facebook page, but also through millions of shares through social networks and many small, unofficial fan-organised flash mobs that have been held in universities and colleges throughout the world, using Facebook. And with more than 25 per cent of YouTube usage on mobile, one can safely assume that 400+ million of Gangnam Style videos were watched on mobile.

In India, the numbers tell a similar story. YouTube’s recent report states that over 30 per cent of their videos are watched on mobile. That’s already a large number – and the potential is clearly even higher, given that overall internet on mobile is already higher than desktop internet – led by smaller towns, where mobile drives internet access. So, as smartphone penetration and connectivity improves, we may see that video on mobile overtakes video on desktops.

So what’s in it for a CMO and the overall marketing organisation?

1. Don’t ignore the consumer shift happening towards watching videos on mobile and sharing their experiences. Absorb it, embrace it and equip yourself with new rules as they evolve.

2. Don’t limit your messaging to one-way communication – mobile video offers the possibility of interactivity, which may work wonders for your brand.

3. To truly harness the power of social media, you have to create content that your consumers will endorse and share. The consumer connect in some form – emotional, humorous, musical or just plain wackiness – plays an even higher role here than in normal TV commercials. Only if done right, you’ll harness the full power of the mobile-social-video phenomenon.

The third point above is the key, and here’s a secret – while this piece is attractively titled ‘A Formula for Viral Marketing’, we all know that true virality cannot be planned for predicted. However, it’s probably safe to say that one winning approach would be to think - Virality = (Mobile + Social + Video ) * (X) – wherein the ‘X-factor’ is the pure likability and connect that your content has with consumers, how much it resonates, how much desire to share it induces.  It is a critical variable that cannot be mathematically defined at this stage and is a function of a few factors like creativity, execution, and of course, consumer insight. So, even as technology evolves, the basics remain the same – understand your customers and develop an emotional connect with them, but this time resolve to use the power of Mobile + Social + Videos, and watch your content take off.

Did the trolled ads violate any rules? ASCI explains
14 hours ago 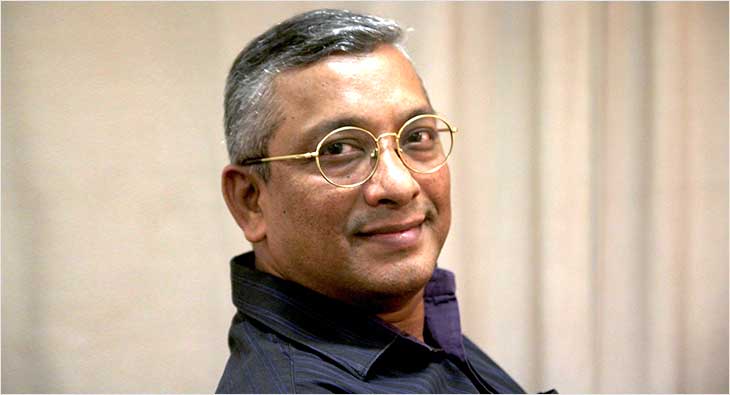 advertising Did the trolled ads violate any rules? ASCI explains
14 hours ago