A packed audience witnessed ad veteran Ram Sehgal being felicitated with the AAAI Lifetime Achievement Award 2018 on Thursday in Mumbai. The Advertising Agencies Association of India (AAAI) recognised Sehgal for his outstanding leadership and contribution to the advertising industry and immeasurable contribution to social causes.

It was his foundation that later led JWT Delhi to become the largest office in India and among the largest in the world; helped in moulding 'Contract Advertising' into one of the finest agencies of the day so much so that it was independent and a rival to its own parent HTA; in attracting and nurturing some of the finest talent to 'Contract Advertising' across disciplines; in leading Contract to be recognised as a powerhouse for strategy and creative; in establishing AAAI as one of the finest training programs in the industry. 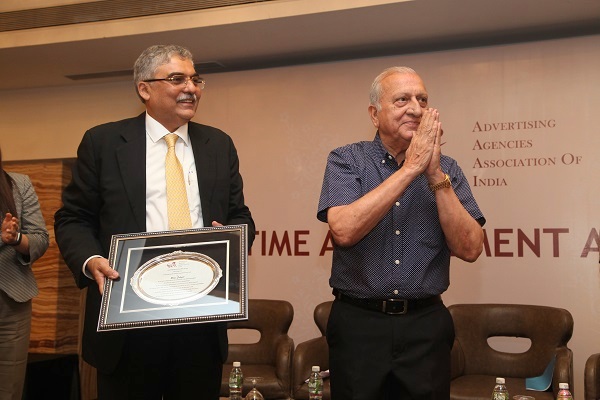 The felicitation night saw the industry gushing with praises for Sehgal. Admen and colleagues regaled the audience with stories of the maestro. Ashish Bhasin, Chairman & CEO South Asia, Dentsu Aegis Network Media India and the President of Advertising Agencies Association of India (AAAI) for 2018-2019 said, “The manner in which Ram has conducted himself, there was always a lot to learn from him. What he will be remembered for the most is the fact that he attempted to build a second agency which no agency was successful at,” referring to how Contract started from an off-shoot of JWT.

“It was under his pioneering leadership that Contract set-up several businesses like direct marketing division, strategic design, identity unit, etc. And it is fair to say that it was Ram Sehgal who made Contract so agile,” said Bhasin. 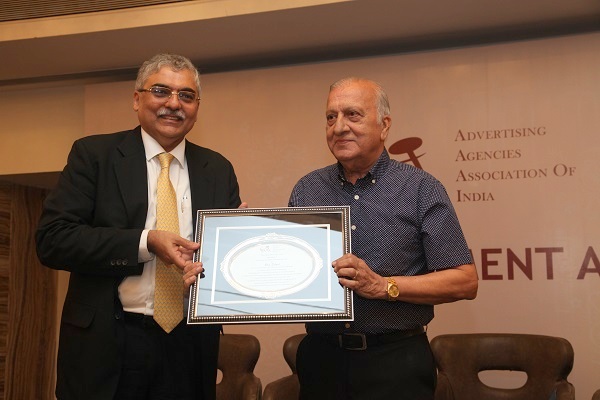 Ravi Deshpande, Founder, Whyness and former chairman and CCO, Contract India credited Sehgal for being the reason he had stayed at Contract. “Each time he would come, I would love sharing the new work we’d do. You can’t quit, you just move, he told me when I thought of quitting,” said Deshpande pointing out how Sehgal always had time for people and made sure he guided them.

Sehgal’s colleagues particularly pointed out his ability to connect with young people and the trust he placed in his team while creating an atmosphere of creativity. Umesh Shrikhande, former CEO, Contract Advertising said, “He would hire and work with good people but more importantly believe in them 100%.” 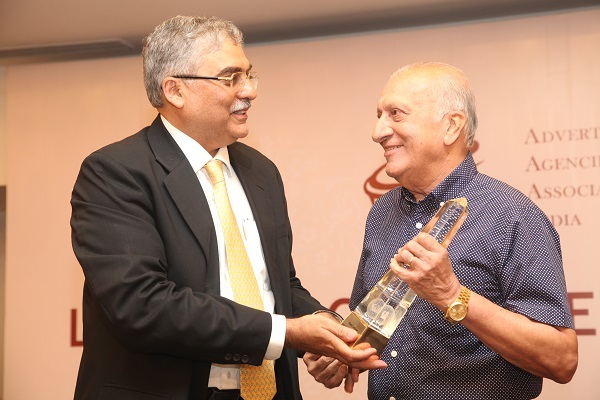 Mohit Hira, co-founder of Adytude AX and Rohit Srivastav, CSO, Contract who have also worked with the admen remembered him for his magnanimity and ability to put his team before anything else. Said Hira, “Ram once sacked a rude client because the owner’s arrogant son misbehaved with two of our women.”

Srivastav shared how when he joined the planning division of the agency, Sehgal advised him that he must meet the God of planning (Stephen King ) “Just few days to that day and I received a letter from King and found myself having lunch at his place and chatting with him. This was all because of Ram and to me, these are the things that made Contract such a lovely place.” 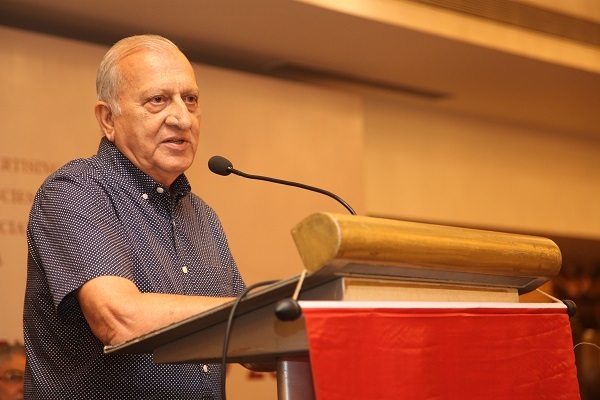 On receiving the coveted award, an overwhelmed Sehgal said, “When I was told that I was getting this award, the first thing that came to my mind was team Contract. I stand here and salute each and every one who worked with me at Contract. Not me but they need to be saluted!”

Travelling is safe, tells RedBus in its new campaign
7 hours ago

Travelling is safe, tells RedBus in its new campaign
7 hours ago

Tring partners with Bookmyshow to drive customer engagement
9 hours ago

Return of advertisers brings cheer to Print
5 days ago

Will vernacular newspapers gain from revisions in govt print ad policy?
6 days ago