The campaign is a combination of powerful messaging, innovation in execution, frequency &amp; location, says Ambika Sharma of Pulp Strategy

In a bid to promote its 3G services, Reliance Communications embarked on this wide-spread outdoor campaign with an aim to urge smartphones users to switch to Android on Reliance 3G in order to enjoy the ‘fastest smartphone’ experience. This branding is in line with Reliance’s mainline campaign promoting the two-year collaboration with Google to exclusively market Android devices in India.

This campaign has been executed by JCDecaux in Delhi. In conversation with exchange4media, Sharma talks about why she found the Reliance campaign impressive.

The billboard that caught my attention this week is...
The Reliance Blue Bot campaign; it is fantastically executed. The Blue Android, the Google+ and YouTube logos on the bus shelter roof really stood out.

I spotted it at...
Ring road, New Delhi.

It stayed with me because...
A good outdoor campaign is a combination of powerful messaging, innovation in execution, frequency, and location. This particular Reliance out of home campaign had all these elements in the right place; the 3D Blue Bot, G+ and YouTube logos were striking. It was simple and uncluttered. 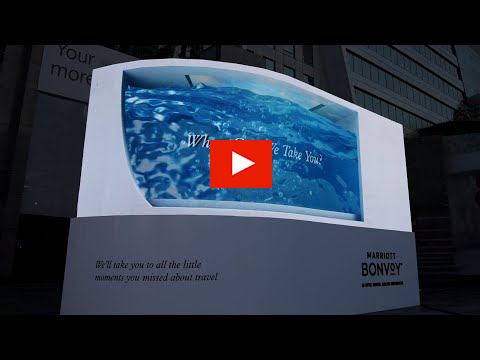